Imran Khan lived in Londonistan for years. Well acquainted with the nightclubs and western ladies. He lived a lavish western style playboy existence. He now pretends to be enraged on behalf of his knuckle dragging, hideously brainwashed, fanatical electorate. 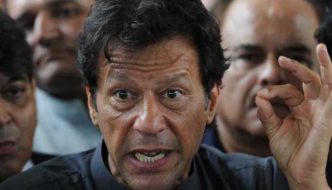 “Only a strategy that aims at STRIKING TERROR INTO THE HEARTS OF THE ENEMIES from the preparation stage can produce direct results and turn (the) dream into a reality.” – Pakistani Brig. S.K. Malik, “Quranic Concept of War”.

The persecution of a poor, defenseless religion of peace continues. From Robert Spencer @ FrontPage:

“The West conveniently associated Islam with terrorism but in the last 20 years, Muslim countries unfortunately, did not respond to this narrative. Muslim leaders should have stood up to the West and made it clear that there is no link between Islam, or any other religion, with terrorism.” See? The reason why anyone thinks “Islamic terrorism” is a reality, as opposed to the genuine threat of “right-wing extremism,” is because of the ever-dastardly non-Muslim West. And really, who else’s fault could it be? 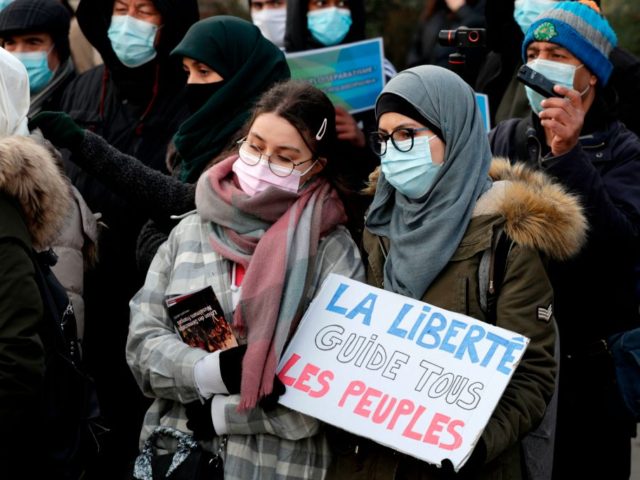 PARIS (AP) – France´s lower house of parliament is voting Tuesday on a bill that would strengthen government oversight of mosques and religious schools and crack down on polygamy and forced marriage, among other measures aimed at rooting out Islamic radicalism.

The bill is part of broader French efforts to fight extremism in recent years that gained new urgency after a teacher was beheaded in October and other attacks. President Emmanuel Macron says the efforts are also needed to protect French values like gender equality and secularism from encroaching fundamentalism in some communities.

Stories like that always warm the cockles of my heart. It’s just wonderful that it keeps happening. 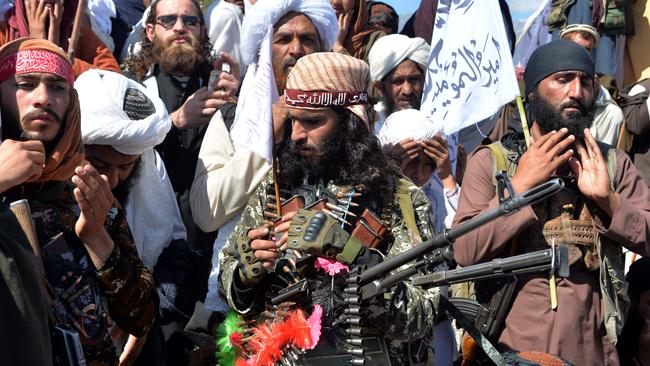 Taliban fighters, including some of their best experts, gathered for a bomb-making class. But it could not have turned out worse for them.

At least 30 Taliban militants have died in Afghanistan after they blew themselves up during a bomb-making class.

Afghan officials said the group had gathered inside a mosque for a “bomb-making training” session in the village of village of Qultaq in northern Afghanistan on Saturday.

Back in the real world, however, it is false to claim that the West associated Islam with terrorism. The terrorists themselves did that. Take 9/11, which is just one of innumerable possible examples. In March 2009, the masterminds of the 9/11 plot, Khalid Sheikh Mohammed, Ramzi bin As-Shibh, Walid bin ‘Attash, Mustafa Ahmed AI-Hawsawi, and ‘Ali ‘abd Al-’Aziz ‘Ali – styling themselves as the “9/11 Shura Council” –wrote a lengthy communiqué titled “The Islamic Response to the Government’s Nine Accusations.”

In it, they wrote: “Many thanks to God, for his kind gesture, and choosing us to perform the act of Jihad for his cause and to defend Islam and Muslims. Therefore, killing you and fighting you, destroying you and terrorizing you, responding back to your attacks, are all considered to be great legitimate duty in our religion….We ask to be near to God, we fight you and destroy you and terrorize you. The Jihad in god’s [sic] cause is a great duty in our religion.” They quoted numerous Qur’an verses, including one stating that “to those against whom war is waged, permission is given (to fight,) because they are wronged and verily, Allah is most powerful for their aid” (22:39), and another commanding Muslims to “fight in the way of Allah those who fight you, but be not the transgressor, Allah likes not the transgressors” (2:190). They even quoted the notorious “Verse of the Sword”: “Then fight and slay the pagans wherever you find them, and seize them, and besiege them and lie in wait for them in each and every ambush” (9:5).

In Osama bin Laden’s letter to the American people, which was published on November 24, 2002, he put it succinctly: “The first thing that we are calling you to is Islam.” This was the ultimate purpose of the 9/11 attacks: to weaken the American economy, so that ultimately the American government would collapse. That, presumably, would end what bin Laden and his allies considered to be unacceptable American interference in Muslim countries, and pave the way for the U.S. itself to become an Islamic state.

Over 18 years have passed since bin Laden issued that statement, and nearly twelve since the 9/11 plotters justified their actions by reference to Islam, and still no moderate Muslim has taken up the Islamic case for 9/11 and refuted it on Islamic grounds. This doesn’t mean that the jihadist argument is ipso facto correct, but for Imran Khan to pretend, and to demand that the West pretend, that the 9/11 plotters and other jihadis had no Islamic case and did not identify Islam as the motive and justification for their actions, and that the connection between Islam and terrorism was made by non-Muslims, simply flies in the face of the facts. Not that this will stop Imran Khan or his friends.