Muslim leader calls for removal of parts of Qur’an that ‘promote terrorism,’ Muslim cleric calls for his beheading

Rizvi, the former chairman of the Uttar Pradesh Shia Central Waqf Board has filed a petition in the Indian Supreme Court asking that 26 Qur’an verses be removed; he says that “these verses were added to the Quran, by the first three Caliphs, to aid the expansion of Islam by war.”

It is worth noting that those caliphs are not recognized by Shi’ites, 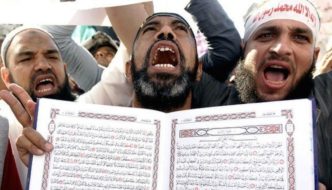 “…and if you say otherwise we kill you….” 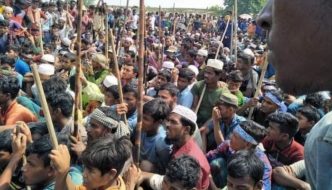 And then, what happened?

The minority Hindu minority community in the Khyber Pakhtunkhwa region in Pakistan has reportedly decided to forgive the hundreds of radical Islamists who had razed down and destroyed the Krishna Dwara temple in Khyber Pakhtunkhwa’s Karak district on December 30, 2020.

A WOMAN waiting to be executed suffered a fatal heart attack as she watched 16 men die before her – but her body was hanged anyway. 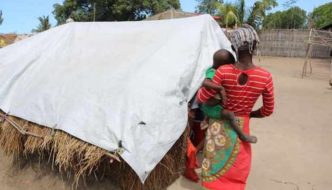 Because if you say Islam is violent we Muslims will have to kill you. We have to protect the image of the “Religion of Peace”. 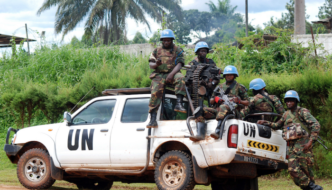 The goal is to terrorize the populace, destabilize and ultimately destroy the existing government, and establish Sharia as the law of the land. Not that this has anything to do with Islam

One thought on “Banglatrash: ‘Jihad ‘never entails the killing of people’- say otherwise & we kill you”