“Islamophobia” rarely kills Mohammedans. It kills kuffars who object to the Islamic expansion project. In this day & age you are supposed to believe that Mohammedan headchoppers are victims of “Islamophobes” who object to Islamic terrorism.

German professor under police protection for stance on Islamophobia

“Islamophobia” is not a thing. It is a word construct from the Muslim Brotherhood invented to smash every criticism of Islam.

A German professor at a university in Grenoble, France, has become the target of a hate campaign for not wanting to compare anti-Semitism with Islamophobia. 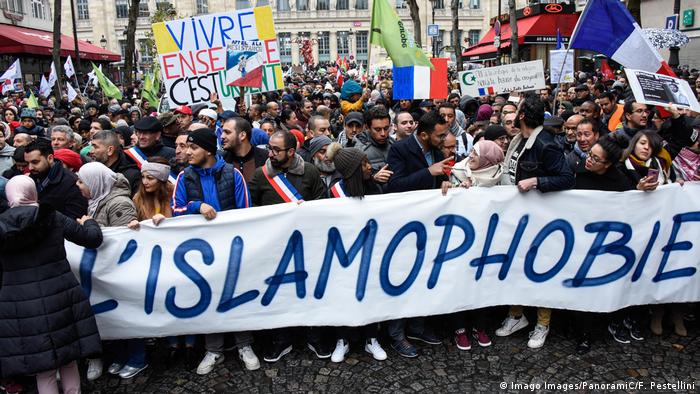 A 2019 demonstration against Islamophobia in France

Musel-(man) held after attack bid on French embassy in Pakistan

Shots were fired in Islamabad’s diplomatic enclave after a man attempted to attack Pakistan’s French embassy. The suspect snatched a weapon from the police but was detained by Pakistani security forces. He said he was “seeking revenge for blasphemy by France”. 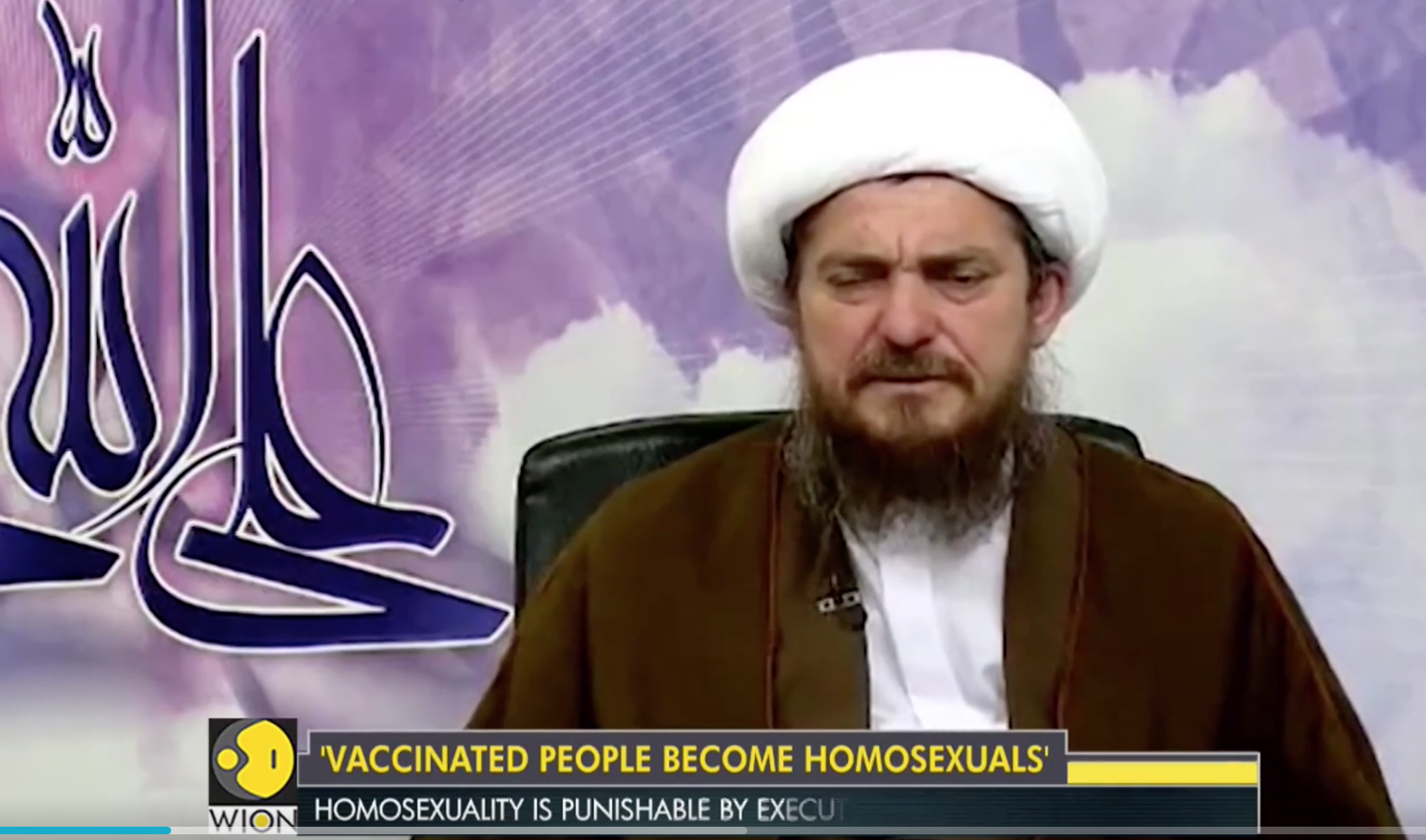 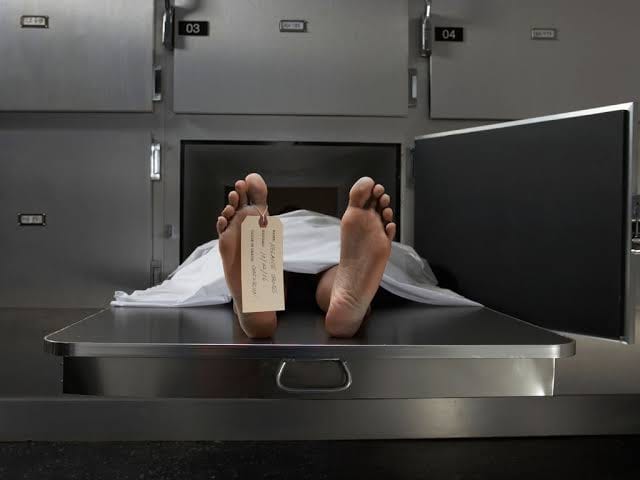 Is your government threatening to take away your freedoms if you don’t take the COVID vaccines? 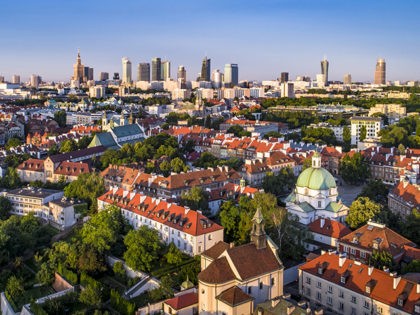 In a fresh embarrassment for the EU in its vaccine rollout, breakaway member Hungary is now at the top of the bloc’s vaccine league table. The Czech Republic, Hungary’s Visegrád Four ally, languishes near the bottom of the list, having so far stuck with the EU’s centralised procurement programme. Meanwhile neighbouring Slovakia has now opted for the Hungarian approach, having taken delivery of its first shipment of Sputnik V vaccines last week.

Problems are certainly piling up for Brussels – and in Central and Eastern Europe, a region with a long history of EU rebellion, the idea of ‘going it alone’ is heightening tensions between pro- and anti-EU factions.

Five months after the brutal murder of history teacher Samuel Paty, being accused of Islamophobia is not something that is taken lightly in France. Following a debate that sparked outrage at the Grenoble Institute of Political Studies, two professors are under police protection.

Here’s how it happened: 3 1/2 months ago, students and teachers at the university were discussing the title of a planned seminar on the topic of equality. Should “Islamophobia” be included alongside “anti-Semitism” and “racism”? Professor Klaus Kinzler, who teaches German language and culture at the university, felt that Islamophobia wasn’t comparable to anti-Semitism. Following his advice to not include the term “Islamophobia” in the title of the seminar, he was excluded from the email discussion.

Incidentally, the Stuttgart-born professor is married to a Muslim woman.

When another professor showed solidarity with Kinzler, the student union Unef also targeted him.

France’s interior minister for citizenship, Marlene Schiappa, reacted to the case: After the decapitation of the teacher Samuel Paty, the current hate campaign against the professors is “a particularly disgusting act,” said Schiappa in a TV interview. The Unef has actively “put the life of professors in mortal danger,” she added.

A reflection of France’s integration problem 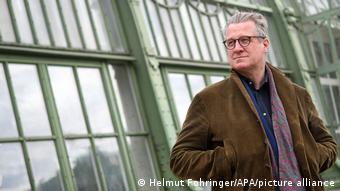 German historian and author Philipp Blom sees in France’s current discussions on Islamophobia a reflection of social issues related to the country’s position as a former colonial power, where strong “functional racism” rules.

The integration of immigrants from North Africa has failed blatantly, points out Blom. “In the banlieues on the outskirts of Paris, it doesn’t feel like you’re living in France. You don’t have the same opportunities as other people,” Blom told DW.

Experiencing marginalization and humiliation, an entire generation has come of age in milieus in which petty criminals and radical Islamists vie for domination. “I can understand that this creates anger, including murderous anger,” says Blom. 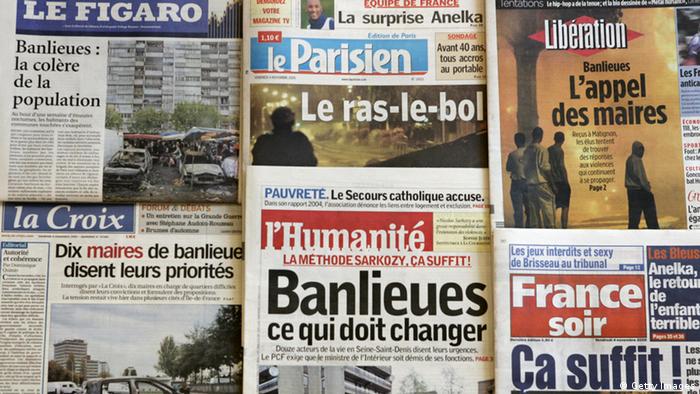 People were already calling for change in the ‘banlieues,’ or the outskirts of French cities, in 2005

But that is not a specifically French problem, adds the historian, who is also a member of the Board of Trustees of the Peace Prize of the German Book Trade. Still, the experience of humiliation is “a very important political force.”

Klaus Kinzler told German newspaper Die Welt that there is a form of political activism in France that disguises itself as academia.

Similarly, political scientist Claus Leggewie points out that those activists aren’t fighting against the powerful, the establishment, the far-right or the real fascists, but against people whose views are seen as “not being pro-Islamic enough.” 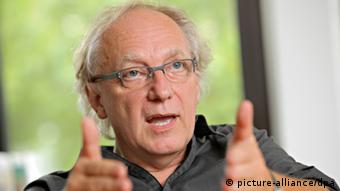 Leggewie describes the case as being about “canceling” specific persons, silencing them, and “banning ideas and discussions.”

Social media has also become the echo chamber of social identity groups, which are increasingly excluding people with other ideas. By staging controversies online, members of these groups gain immediate media recognition, says Leggewie. “That is exactly what has happened in Grenoble, and with Samuel Paty basically too, and in his case it was fatal,” adds the political expert.

Klaus Kinzler has been a professor at the Grenoble Institute of Political Studies for 25 years now. He was “not surprised” by the slogans on the university building, since the student union Unef had already branded him as a right-wing extremist and Islamophobe in social networks.

Racism and anti-Semitism — which are both criminal offenses in secular France — have nothing to do with Islamophobia, in Kinzler’s view.”Anti-Semitism has resulted in millions of deaths. Genocide without end. Then there is racism, slavery. That, too, has led to tens of millions of deaths in history,” he told Die Welt. “But where are the millions of deaths linked to Islamophobia?” he asked, nevertheless clarifying: “I do not deny that people of Muslim faith are discriminated against. I just refuse to put it on the same level. I think this is an absurd deception.”

Kinzler was a “completely normal professor of German at a provincial institute” and had always enjoyed his work, he told the Frankfurter Allgemeine Zeitung. Before the controversy, his students told him that they appreciated that he defended free, liberal positions. “The exchanges were always enriching,” he said.

In the end, he says, he is less offended by the students who launched the hate campaign than by his colleagues, researchers and professors — who have distanced themselves from him without searching for dialogue.

One thought on “EU: the integration of Mohammedans from North Africa has failed blatantly”