“Easter worshippers”- remember? That’s what Hussein Obama called the 300 Christians who were blown to smithereens on their highest holidays in Sri Lanka, just a few years ago. 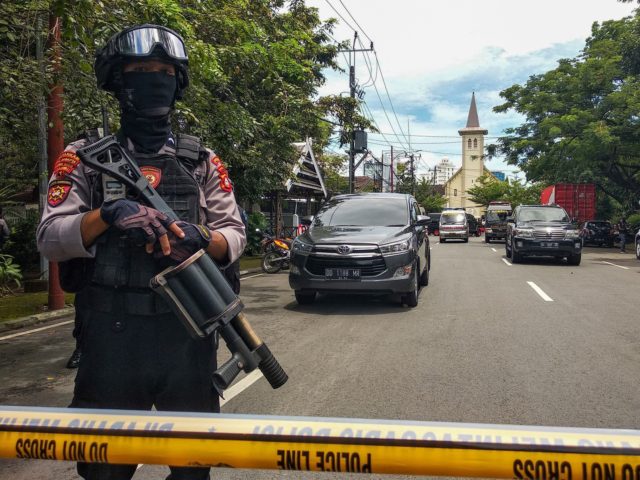 A suicide bombing outside a cathedral after Palm Sunday Mass on the Indonesian island of Sulawesi has injured more than a dozen churchgoers, some seriously.

The blast took place Sunday morning outside the Sacred Heart of Jesus Cathedral in Makassar, capital of South Sulawesi province, as worshipers were leaving the church at the start of Holy Week. Palm Sunday, the first day of Holy Week, commemorates Jesus’s triumphal entry into Jerusalem days before his passion and crucifixion.

Two perpetrators are said to be responsible for the explosion, both of whom died. Inspector General Argo Yuwono, spokesman for the national police, said the injured suffered from wounds around their necks, chests, and legs, adding that some had blisters on their hands and feet.

The congregation had been inside the church at the time of the explosion, according to South Sulawesi police spokesman E. Zulpan.

“We see that there are victims and parts of human bodies have been torn apart. We do not know yet whether they are from the perpetrator or from the people who were close by,” Zulpan said. 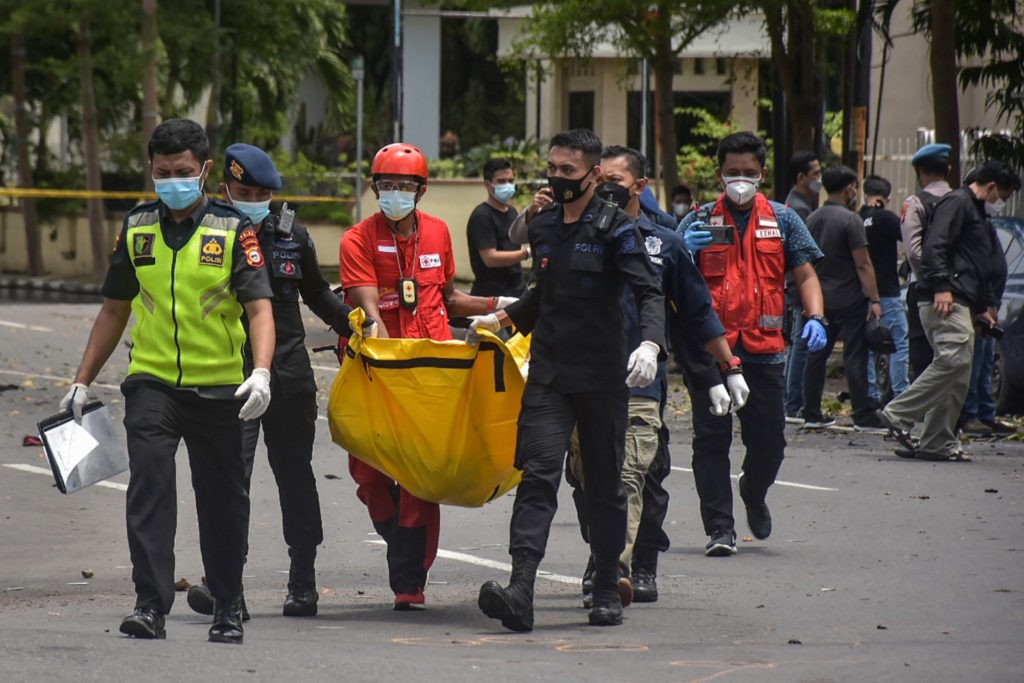 Indonesian police carry a bag with the remains of a suspected suicide bomber after an explosion outside a church in Makassar on March 28, 2021. (INDRA ABRIYANTO/AFP via Getty)

Father Wilhelmus Tulak, the priest who celebrated the Mass, said that that a suspected bomber arrived on a motorbike and attempted to enter the cathedral but was turned away by security guards. The explosion occurred around 10:30am local time.

Makassar Mayor Danny Pomanto said the explosion could have caused far more casualties if it had taken place at the church’s main entrance instead of a side door.

With a population of 1.5 million, Makassar is the fifth-largest urban center in Indonesia, the world’s most populous Muslim-majority nation.

Indonesian President Joko Widodo on Sunday called Sunday’s attack an act of terrorism while urging the public to remain calm.

“I strongly condemn the act of terrorism and I have ordered the police chief to thoroughly investigate the perpetrators’ networks and expose the network to its roots,” President Widodo said.

“Terrorism is a crime against humanity and has nothing to do with any religion,” he declared. “All religious teachings reject terrorism.”

“The entire state apparatus will not tolerate this kind of terrorism, and I ask the public to remain calm and carry out worship because the state guarantees the security of religious people to worship without fear,” he added. 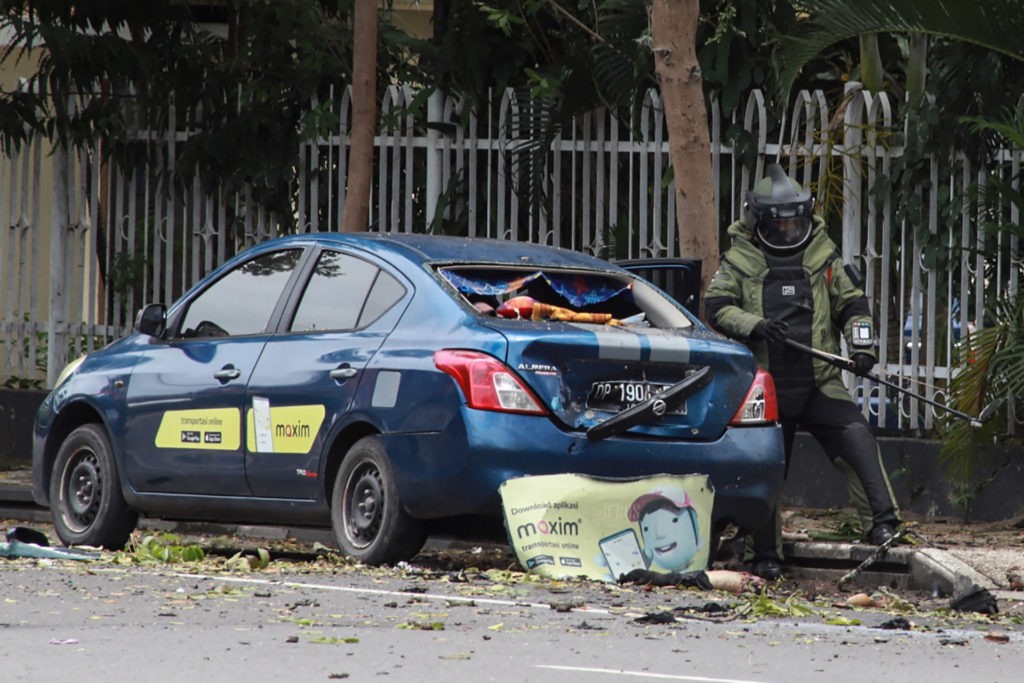 An Indonesian anti-bomb unit (C) collects evidence after a bomb exploded in Makassar on March 28, 2021. ( IRVAN ABDULLAH/AFP via Getty)

“For the victims who were injured, we pray that they are given a speedy recovery and the state guarantees all medical expenses and care for the victims,” he concluded.
While no one has yet claimed responsibility for the attack, suicide bombings of Christian churches by Muslim extremists are not uncommon in Indonesia.

In 2018, suicide bombers blew themselves up at churches during Sunday services in the city of Surabaya, killing some 30 people. Police blamed the Islamic State-inspired Jamaah Ansharut Daulah group for the attacks.