Trump wishes a happy Easter to the public,

It’s been clear that CNN and other liberal networks are out at sea without President Donald Trump in office to attack any more. 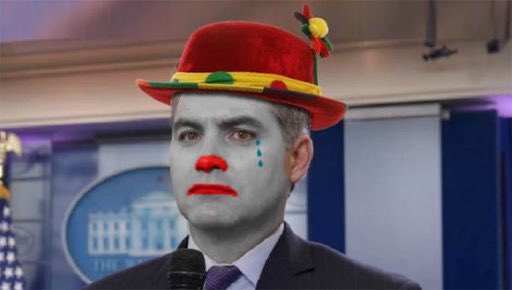 Their ratings have gone right into the dumpster, as well, without him to bash; their “Two Minutes of Hate” isn’t quite the same.

Brian Stelter even tried to push hating on Tucker Carlson as a declared, substitute hate object for Trump, but that didn’t seem to gain much steam, and Stelter’s effort fell flat.

So, what did Jim Acosta do when asked by Brian Stelter on ‘Reliable Sources’ what their lives and their coverage were like, now that it wasn’t all about Trump? What did they talk about? Trump.

Assuming the dollar has not yet been inflated to Weimar Republic levels of worthlessness after the next installment of reparations to blacks (I refer to the impending “infrastructure” looting spree), why not pay reparations to illegal aliens too?

Alexandria Ocasio-Cortez loves the idea. Tucker Carlson, not so much:

We do have to care what AOC thinks, no matter how conspicuously stupid, crazy, and evil she may be. She is no longer the Future of the Democrat Party. Now, she is the Present of the Democrat Party, personifying its guiding force. Hers is the ruling party, and if HR1 passes, it may soon be the only party. (Moonbattery)