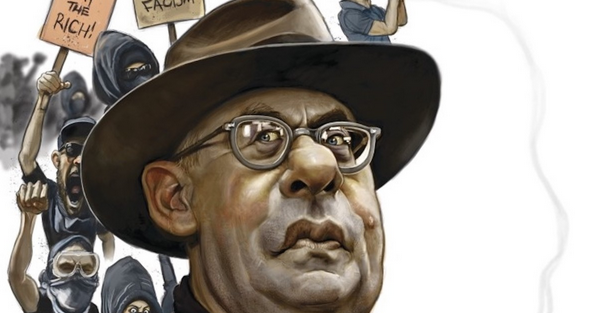 After the fall of the Soviet Union, when the extent of its genocidal barbarity was made public, the uncritical support the regime had received from many of the most prominent leftist movements and intellectual buffoons suffered a serious setback. Nevertheless, Western comrades were not deterred and were soon engaged in quite a bit of self-reflection, reaching the conclusion that there were reasons why the Soviet “model” had failed. The consensus they arrived at was that it wasn’t Marxism (the doctrine) that was at fault, but those who interpreted it; the doctrine itself was beyond criticism. 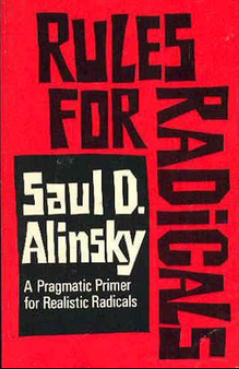 It was then they embraced the idea of Leon Trotsky’s theory of internationalisation, in other words, of developing the framework for totalitarianism simultaneously in all Western countries, not from outside the institutions, but inside through what Trotsky called “permanent revolution”. Trotsky’s theory held that, historically, a socioeconomic system had to be seen as a world system rather than a national one. All national economic development was affected by the laws of the world market, even though such regional factors as location, population, available resources and pressure from surrounding countries made the rate of development different in each country. Thus, in Trotsky’s view, the permanentlsuccess of the Russian Revolution would have to depend on revolutions in other countries, particularly in Western Europe.

A brilliant strategy, yes, but one nevertheless with a very sketchy game-plan. In 1971, the hard-line totalitarian Marxist Saul Alinsky connected the dots when he wrote a book of subversive tactics based on the arts of infiltration, deception and lying, to empower future generations of activists to work together, no matter what political parties they belonged to, or what country they were in.

Alinsky’s book, Rules for Radicals, proved to be so popular that Hillary Rodham (later Clinton) wrote her graduate thesis on Alinsky and his work (she titled it “There is Only the Fight”) and later became friends with him. Apologists have attempted to water down the book’s content, saying that it is basically a harmless little “how to” book for social workers. But anyone who reads it will discover it is not—that, in fact, it advocates violent revolution when the time is opportune, by any means necessary, which may mean going against one’s conscience for the greater good.

Rules for Radicals is a book anyone opposed to totalitarianism would do well to read if they want a glimpse into the devious, deeply irrational, cunning totalitarian mindset, and an understanding of contemporary leftist methodology. The purpose of Alinsky’s book was to exploit the weaknesses inherent in Western institutions, by pitting opposing forces against each other. It also opposed independent, critical, educated people because those individuals, especially in groups, can’t be manipulated too easily. Trotsky’s totalitarianism required mass support and unswerving obedience. Alinsky’s rules attempt to stifle free speech, individual rights, new ideas and any critique of Marxist (Trotskyist) ideology, gagging all opposition with consensus methods, political correctness, critical race theory, censorship, intimidation and, finally, violence. “They have the guns and therefore we are for peace and for reformation through the ballot. When we have the guns then it will be through the bullet …”

The methodology is incorporated in the form of social engineering, which aims to unfreeze a society using chaos and then refreeze it in a new predefined shape: the totalitarian state. The book is a guide to action for the imposition and gradual development of a dictatorship constructed from within the institutions of the West: “True revolutionaries do not flaunt their radicalism,” Alinsky writes, “they cut their hair, put on suits and infiltrate the system.” And also: “It is necessary to begin where the world is if we are going to change it to what we think it should be, which means working within the system.”

Alinsky’s book is a statement of principles and beliefs that most totalitarians on the Left hold close to their hearts and consider the raison d’être for their actions:

A Marxist begins with his prime truth that all evils are caused by the exploitation of the proletariat by the capitalists. From this, he logically proceeds to the revolution to end capitalism, then into the third stage of reorganisation into a new social order of the dictatorship of the proletariat, and finally the last stage, the political paradise of communism …

It’s hard to imagine these days, after the catastrophic failure of one Marxist regime after another (and the accompanying genocide and suffering they produced), how many professors, artists and politicians actually still believe this clap-trap, which gives credence to the comedian George Carlin’s line that “intelligence doesn’t guarantee a person is not also stupid”.

Totalitarianism systems of Left and Right have more in common than not. For example, their propensity to lie and deceive in order to attain political power. Alinsky’s Rules demonstrate these points very clearly. For example, the use of truth in the struggle to implement the dictatorship should be given equal weight to that of a lie—it is their “use value” that is important, a kind of left-wing taqiyya (the Muslim belief that lying is necessary to gain the upper hand over an enemy).

Alinsky’s Ninth Rule of Ethics can be summed up by the phrase “anything goes”. Part of this logic is the use of ridicule and slander against one’s opponents. In other words, the subjection of someone or something to contemptuous and dismissive language or behaviour: “Ridicule is man’s most potent weapon. It is almost impossible to counteract ridicule. Also, it infuriates the opposition, which then reacts to your advantage.”
We see this strategy employed time after time by the Left, who rarely argue with their opponents, but rather, take measures to shut them down and discredit them by subjecting them to ad hominem attacks and the spread of misinformation.

Alinsky writes: “The third rule of ethics of means and ends is that in war the end justifies almost any means.” One can see how any atrocities can be justified when this kind of abhorrent logic is applied. But Alinsky was only echoing Marx’s sentiments in the November 1848 edition of Rheinische Zeitung: “There is only one way in which the murderous death agonies of the old society and the bloody birth throes of the new society can be shortened, simplified and concentrated, and that way is revolutionary terror.” The world has certainly had more than a taste of that! And I fear there may be more to come.

The murderous history of Marxist dictatorships in the twentieth century is a factual illustration of what happens when Marxist logic and methodology are applied, following the victory of the revolution. That the Marxists consider themselves nationalists or internationalists is of little consequence. According to Alinsky, the goal of the radical who subverts the system from within is to infiltrate institutions, to recruit followers. “An organiser,” he tells us, “dreams, eats, breathes, sleeps only one thing, and that is to build the mass power base of what he calls the army.”

During these processes, Alinsky reminds his radical, it may be necessary for him or her to work against their own conscience, in other words, their moral sense of right and wrong: “In action, one does not always enjoy the luxury of a decision that is consistent both with one’s individual conscience and the good of mankind.” The Marxist dictator Pol Pot gave living expression to this statement when he systematically murdered 1.7 million Cambodians over a period of barely four years (1975 to 1979) which he saw as a necessary prerequisite to creating the perfect communist state.

According to this logic, to achieve the greatest good a Marxist must be prepared to do the greatest evil, to lie, to cheat, to kill the innocent, to murder millions, whatever it takes. In other words, to combat evil, one must become evil. With this in mind, it stands to reason why Alinsky pays homage to the devil, whom he calls the first radical:

Lest we forget at least an over-the-shoulder acknowledgement to the very first radical: from all our legends, mythology, and history (and who is to know where mythology leaves and history begins—or which is which), the first radical known to man who rebelled against the establishment and did it so effectively that he at least won his own kingdom—Lucifer.

It’s revealing that he pays homage to the Judeo-Christian “father of evil” and holds him up as a role model for left-wing radicals. It seems to make sense when one considers the type of tactics he advocates in Rules for Radicals. There are also a few factual errors in Alinsky’s homage, namely, that the father of evil didn’t rebel “against the establishment”, he rebelled against God, the father of good. I’ll give the devil his due by saying that he did win his own kingdom—and it was called Hell.

Eugene Alexander Donnini is an Australian writer of poetry and prose

Not sure if Alexander Donnini is aware that Jews generally don’t believe in heaven & hell & the devil as such. The Alinsky quote above is correct, but it is not rooted in Jewish belief.

One thought on “Saul Alinsky and the Politics of Hell”