Under Faudci, the NIH awarded a $3.7 million grant to the Wuhan Institute of Virology to conduct coronavirus gain of function research. That is undisputed. 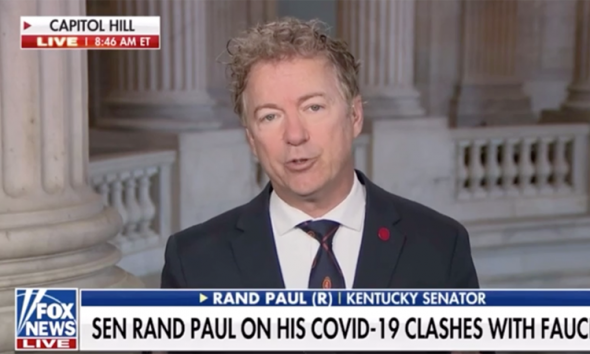 Rand Paul Continues Fauci Feud; “He Could Be Culpable For The Entire Pandemic” 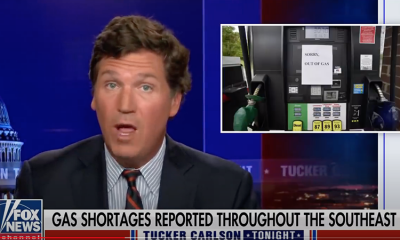 Tucker Carlson On Gas Panic: “Somebody Did This To Us On Purpose” 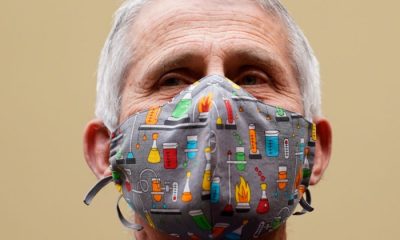 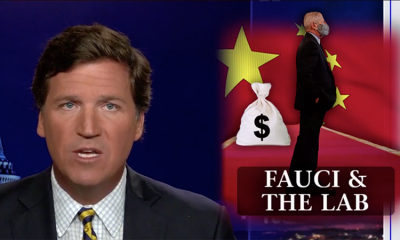 Big Tech is Using the UN to Censor President Trump

American law does not apply on Facebook. UN law does.

The administration dismissed these attacks as impotent, but the UN’s human rights apparatus had more power over Americans, including President Trump, than most people realized.

In 2012, the Rabat Plan of Action was born at a UN OHCHR conference in the Morrocan capital whose elected government was under the control of the Justice and Development Party, the local branch of the Muslim Brotherhood, partly in response to Muslim outrage over “blasphemy” against Mohammed, and defined a program for censoring “hatred” and “incitement”.

In 2021, the Rabat Plan of Action along with other UN guidelines, was used by Facebook’s Oversight Board to justify the continued social media censorship of President Trump.

The social media monopoly which controls over 80% of social media traffic had outsourced its censorship to a board which used UN OHCHR speech guidelines to determine when Americans, including the President of the United States, could be censored.

The United States could try to defund OHCHR and pull out of the Human Rights Council, but the UN’s speech codes were already defining what Americans could say far more than anything in the American legal system. When Facebook’s Oversight Board issued its verdict on Trump, it did not cite a single item of United States law, including the First Amendment, but cited the Rabat Plan of Action, and articles of the UN’s International Covenant on Civil and Political Rights (ICCPR), OHCHR, a UN Special Rapporteur to the Human Rights Council, and the UN’s International Convention on the Elimination of All Forms of Racial Discrimination (ICERD).

American law does not apply on Facebook. UN law does.

Libertarian and liberal critics of the campaign against Big Tech clamor that private companies are not governments, and have the right to censor anyone they please without falling afoul of the First Amendment. But when Big Tech monopolies that already control most online speech respond to state pressure from Democrat officials and their allied media outlets by imposing UN speech guidelines on Americans, including the President of the United States, that’s not private.

Michelle Bachelet, the UN’s High Commissioner for Human Rights, is Chile’s former Socialist Party president who had spent years of exile in East Germany and who was backed by the Communist Party.

Prince Zeid Ra’ad Al Hussein, the son of the Lord Chamberlain of Jordan, Bachelet’s predecessor, had warned that President Trump’s words could lead to violence, and urged that “the conduct of the president should be under very careful scrutiny by the international community and by this office.” He also warned Facebook to “be thinking proactively”.

Director Thomas Hughes of the Oversight Board’s administrative staff formerly worked at UNHCR, the UN’s refugee agency, and for the European Commission, and was a member of the UK Foreign Secretary’s Independent Advisory Group on Human Rights.

This is not private action.

Facebook can’t claim that it’s a private company and can determine what’s on its platform and then go ahead and use rules created by foreign governments and officials to censor Americans.

The Rabat Plan of Action, which Facebook’s Oversight Board used to justify the censorship of President Trump, declares that states are obliged to restrict speech that “amounts to incitement to discrimination, hostility, or violence” citing ICCPR articles 19 and 20. The UN’s ICCPR Article 19 allows restricting expression for “the reputations of others” and “public order”. Article 20 orders a ban on “propaganda for war” and the “advocacy of national, racial or religious hatred that constitutes incitement to discrimination, hostility or violence.”

These are a few of the various UN regulations, treaties, and conventions cited by Facebook’s Oversight Board. And while all this may sound like meaningless UN gibberish to most Americans, these UN rules define what you can and can’t say on the internet.

And what that means is that participating in the marketplace of ideas and in political campaigns in the United States is now subject to United Nations regulations through Silicon Valley.

Facebook’s Oversight Board, which is mostly non-American, does not take into account United States law. But neither is it a private enterprise that merely follows corporate guidelines.

American political speech on Facebook is being regulated by international law, not US law.

There is no longer a choice between regulating and not regulating Facebook. The Big Tech social media monopoly has called for regulation and has already accepted UN regulations.

The only remaining choice is whether Big Tech will follow US or UN laws.

When Facebook’s Oversight Board issues a ruling censoring the President of the United States using UN guidelines, that’s a fundamental conflict between the UN and the Constitution.

The only way to resolve that conflict is to force Big Tech to stop interfering with free speech.

Private companies have the right to remove calls for violence and other violations of their terms of service, but when a platform controls more than half the political speech in the country and actively discriminates against the views of half the country, that makes free speech a dead letter. Silicon Valley’s speech cartel has already colluded to suppress the political opposition, but it’s now applying UN regulations to American political speech and destroying the Bill of Rights.

The Founding Fathers did not envision a scenario in which a cartel of private companies could control the mail and eliminate all letters that were not loyal to the British Crown. The Supreme Court of the 1950s did not envision Ma Bell deciding to prevent Americans from making phone calls if their views clashed with those of the UN. But that’s the threat that has now arrived.

Woke companies aren’t just sending out emails or threatening boycotts, they’re eliminating the Bill of Rights and subjecting American political speech to the dictates of the United Nations.