Poll: Majority of French Agree With Military Generals That the Country is Heading Towards “Civil War”

Nearly half want the military to be sent into multicultural banlieues to restore order. 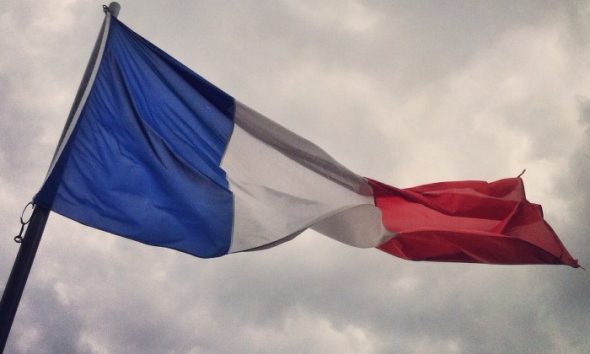 A new poll has found that a majority of French people support the sentiments expressed in a letter signed by active duty and retired members of the military warning that the country is heading towards a “civil war” caused by failed multiculturalism and attacks on French identity.

Around 1,000 servicemembers signed the letter, including 20 retired generals, warning President Emmanuel Macron of “several deadly dangers” threatening France, including “Islamism and the hordes of the banlieue,” a reference to the fractured suburbs around major cities with high crime and immigrant populations.

The signatories also blame the “anti-racism” movement for seeking to create a “racial war” by attacking symbols of French cultural cohesion and identity, including statues.

The letter blames “fanatic partisans” for seeking to create divisions within communities that have created a vacuum for Islamists to assert their control.

“The hour is grave, France is in peril,” states the letter, which was published on 21 April – the 60th anniversary of a failed coup d’état.

The military servicemembers warn that the treatment of the “gilets jaunes” or yellow vest protesters exemplifies how the government has used the police “as proxy agents and scapegoats” for brutal oppression.

“It is no longer the time to procrastinate, otherwise tomorrow civil war will put an end to this growing chaos and deaths – for which you will be responsible – with numbers in the thousands,” the letter concludes.

Despite the letter being condemned by the government and the media, a new poll has found that a majority of the French people agree with its substance.

A survey by Harris Interactive found that 58% of respondents “support the words of the soldiers,” reports Valeurs.

A clear majority – 84% – said violence was increasing in society and 73% thought the country was disintegrating. Almost three quarters think the “anti-racism” movement is having the opposite impact and making race relations worse.

Almost half (49%) also think that the military should be sent in to occupy problem areas, “which would act on its own to restore order.”

Only one in three respondents said the signatories should be punished, despite the minister in charge of the armed forces, Florence Parly, indicating that active duty members would face sanction.

“Two immutable principles guide the action of members of the military with regard to politics: neutrality and loyalty,” tweeted Parly.

British couple are seriously hurt after Paris thugs hurl abuse at the woman for her Halloween bunny girl outfit, drag her boyfriend along a road from their car then viciously assault them “Extremists” is code for potential headchoppers.

A group of radical Islamists deemed a threat to Sweden are slated to be expelled from the country – but the deportation order has been suspended over concerns that the six men could face persecution in their home countries.
.

The extremists, who were detained last spring, are believed to be central figures in spreading radical Islam in the Scandinavian nation.

Among them is 53-year-old Iraqi-born imam Abo Raad, an outspoken proponent of the extreme Salafist school of Islamic thought. His son was also part of the group of radicals arrested by Sapo, the Swedish Security Service, in May. The others hail from Iraq, Egypt and Russia. One of the men is stateless.

The government decided in late October that the group “contribute to Islamist radicalization” in Sweden and would be expelled. The order, however, has been halted by the country’s Migration Tribunal, which said that the deportation cannot go ahead because the men are at risk of persecution in their home nations.