Hating non-Muslims is an Islamic command.  In the words of Koran 60:4, “We [Muslims] renounce you [non-Muslims]. Enmity and hate shall forever reign between us—till you believe in Allah alone.”  Such sentiments are to be applied to all non-Muslims—“even if they be their parents, children, siblings, or extended family,” says the Koran (58:22; see also 3:28, 4:89, 4:144, 5:54, 6:40, 9:23).  Based on such verses, any number of fatwas, authoritative Islamic decrees from venerable sheikhs, call on Muslims  to do things like hate their non-Muslim wives (while “physically” enjoying or benefitting from them) and to hate and be disloyal to the Western nations they reside in.

In short, and as the Islamic State once explained in an unambiguously titled article, “Why We Hate You & Why We Fight You,”  “We hate you, first and foremost, because you are disbelievers.” 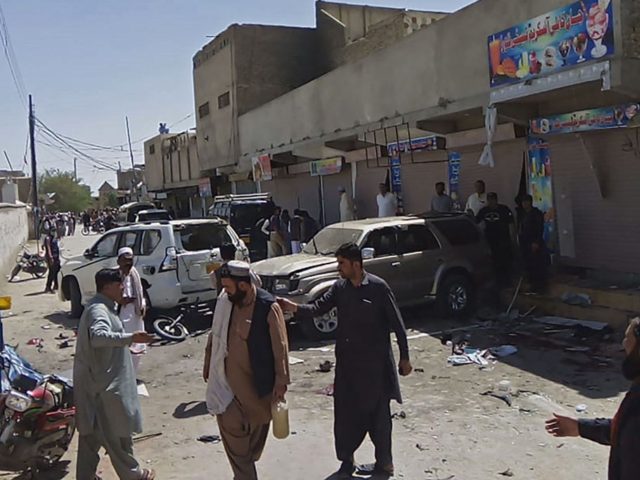 What the battle over a few homes in Jerusalem is really about. 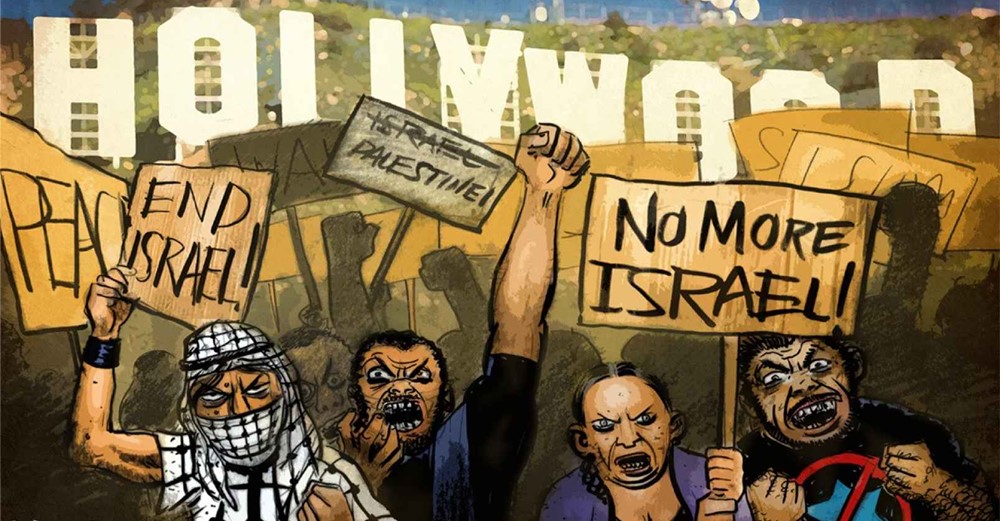 If you listened to the media, you would get the opposite impression with coverage that ignored antisemitism to focus on racism, homophobia and Islamophobia. A typical example of what they were ignoring was a Jewish Community Center getting a message “from a man with a Middle Eastern accent that said, ‘I will kill every single Jew. F____ Jews. I will kill every single Jew.’”

Instead, California Democrats moved to impose the ethnic studies curriculum which would embed the teaching of BDS and antisemitic tropes into the educational system.

Jewish protests against this government mandated antisemitism were ignored.

By 2020, the antisemitic wave had moved well beyond words.

During the Jewish holiday of Shavuot (Pentecost), a Black Lives Matter LA hate march marched toward Pan Pacific Park which includes a Holocaust museum. The rally headed by Melina Abdullah, an anti-Israel activist allied with Farrakhan’s Nation of Islam, passed near the Fairfax area and degenerated into a race riot which assaulted Jewish stores and synagogues.

At least one of the synagogues was defaced with graffiti reading, “Free Palestine!”

Aryeh Rosenfeld, an Orthodox Jewish small business owner in the area, described hearing screams of, “F___ Jews” during the riots and looting as he tried to protect his store.

“It’s no coincidence that the riots here escalated in Fairfax, the icon of the Jewish community. I saw the Watts and the Rodney King riots. They never touched a synagogue or house of prayer. The graffiti showed blatant antisemitism. It’s Kristallnacht all over again,” Rabbi Shimon Raichik, a Chabad Rabbi in Los Angeles, wrote.

“The attack on our community last night was vicious and criminal. Fairfax is the center of the oldest Jewish community in Los Angeles,” Councilman Paul Koretz said. “As we watched the fires and looting, what didn’t get covered were the anti-Semitic hate crimes and incidents.”

“We’ve been very deliberate in saying that the violence and pain and hurt that’s experienced on a daily basis by black folks at the hands of a repressive system should also be visited upon, to a degree, to those who think that they can just retreat to white affluence,” Melinda Abdullah, the BLM-LA co-founder, had warned.

Abdullah, a Farrakhan supporter, was also a major backer of the ethnic studies curriculum.

The Shavuot BLM Pogrom saw multiple Jewish synagogues and schools vandalized, and stores attacked and ransacked, with virtually no mention in the media or by Jewish organizations.

The ADL covered up the pogrom by falsely accusing me of engaging in “disinformation”. It smeared Front Page as “a right wing conspiratorial and Islamophobic online magazine”, dismissed the the Orthodox Jews who had come face to face with BLM hate, and argued that calling the antisemitic attacks a pogrom “irresponsibly engenders fear and division”.

This Shavuot it happened again.

As the Jewish State fought to protect itself against Hamas and PLO terrorists, dueling pro-Israel and pro-terrorist protests and car rallies were held in Los Angeles.

This time the perpetrators of the Shavuot violence were Muslims wearing keffiyahs and brandishing PLO terror flags in one of the pro-terrorist car rally pickup trucks. The location of the violent attacks caught on video was once again in the vicinity of Beverly Grove.

The Muslims reportedly harassed diners, shouting antisemitic slurs, and demanding to know if any of them were Jewish. They then assaulted a group of Persian Jews, whose families had fled Muslim repression in Iran, who, along with an Armenian friend, fought the Islamist thugs.

One of the victims had to be hospitalized.

Similar pro-terrorist convoys had been linked to antisemitic attacks in the UK including one in which a mother carrying a 4-year-old girl were chased down the street in London.

Pro-terrorist rallies had already exploded into violence against Jews in Toronto, in New York City, and in Washington D.C. In Seattle, Antifa members burned an Israeli flag, chanted in support of the terrorist ‘intifada’ and assaulted a Jewish journalist. A Persian synagogue in Skokie, Illinois was vandalized by a man carrying a PLO terrorist flag. In Bal Harbour, Florida, a Jewish family was harassed by thugs in an SUV screaming, “Die Jew” and “Free Palestine”.

Black Lives Matter Los Angeles, whose hate rally was linked to the previous Shavuot pogrom, posted material promoting the anti-Israel protest by the ‘Palestinian Youth Movement’. The PYM protest apparently included the thugs involved in the antisemitic assault over Shavuot.

BLM-LA’s Melina Abdullah posted a talk on Israel by Kwame Ture, the black nationalist racist, who had declared, “The only good Zionist is a dead Zionist, we must take a lesson from Hitler.”

While all sorts of statues have been toppled and public figures canceled, Abdullah and Black Lives Matter Los Angeles will never be touched no matter how much hate they spew.

Or their proxmity to antisemitic violence.

It may be a coincidence that the Jewish holiday of Shavuot in 2020 and 2021 has witnessed antisemitic attacks against Jews in Los Angeles. But it’s more likely that it’s not.

Too many Jewish organizations have failed to stand up to antisemitism.

The silence over the BLM Shavuot pogrom in 2020 helped lead to the violence in 2021.

When antisemitic hate and violence are met with silence, then more of the same will come. It doesn’t matter whether it’s Black Lives Matter, the Groypers or Hamas. Silence is complicity.

And the only thing worse than silence is actively standing with antisemitic movements.

That means defending those movements, covering up for them, and dismissing their hate. As alt-right vans drive around flying PLO flags and BLM backs Hamas, it’s time to recognize the essentially holistic nature of antisemitism whether it involves Israel or Jews anywhere else.

Two years of antisemitic violence in Los Angeles around the same Jewish holiday ought to be a wake-up call about the dangers of covering up antisemitism because it’s politically correct.

One thought on ““We hate you, first and foremost, because you are disbelievers.””