Where are homosexuals safer? In Holland or in Hungary? 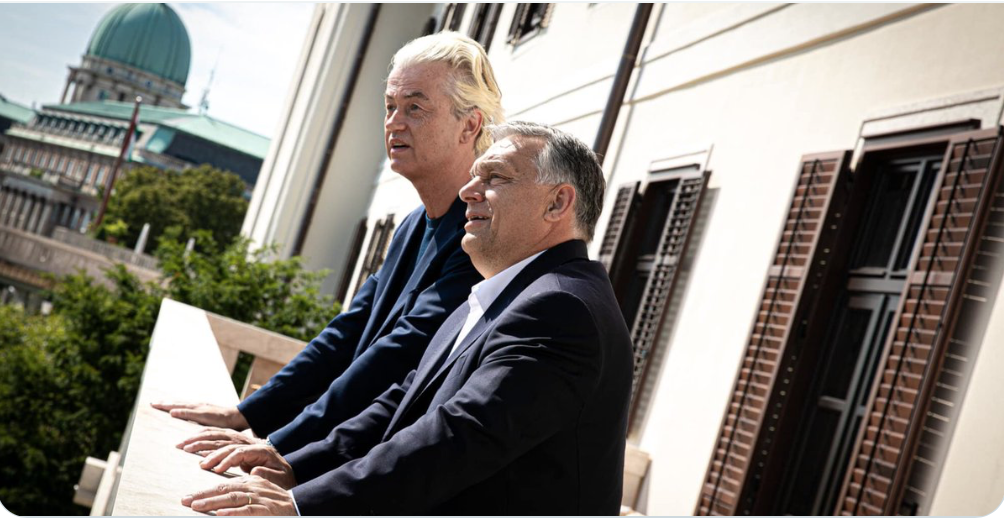 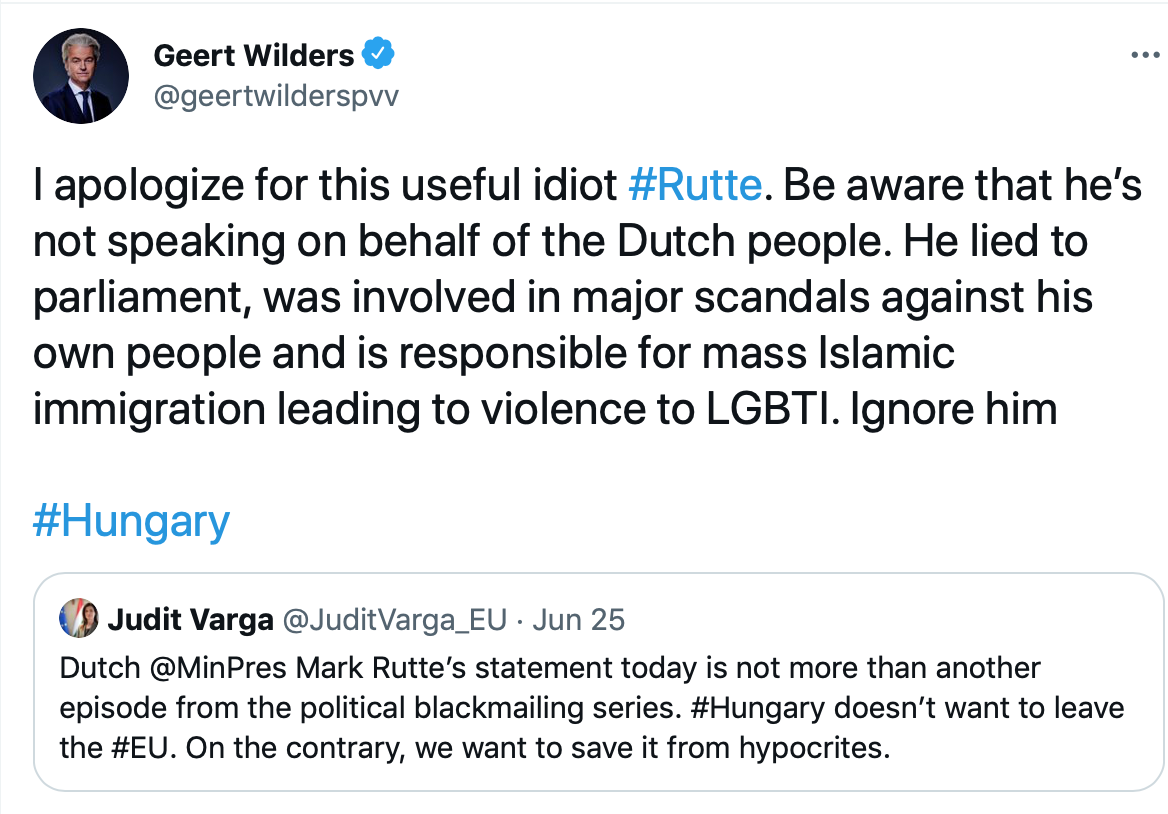 Dutch PM: Hungary Has No Place in EU After LGBT Teaching Law, Bloc Should Force Hungary ‘to Its Knees’

Rutte is a typical “bake my cake” faschist who wants to make homosexuality compulsory. The LGBTQ “activists” will flee to Hungary when theMohammedans take over in the Netherlands. 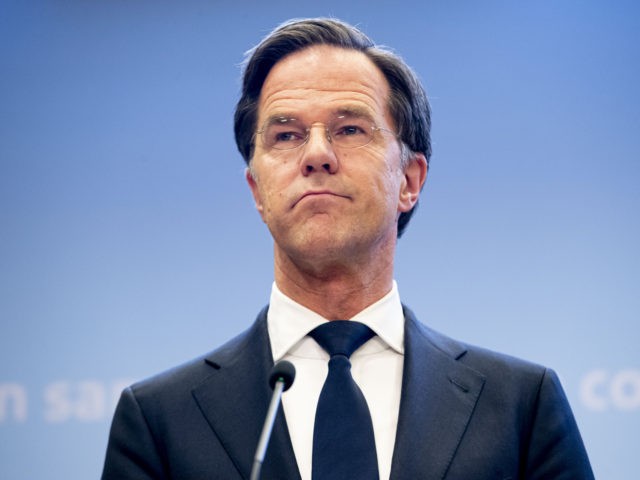 Dutch Prime Minister Mark Rutte has claimed that Hungary has no place in the Europan Union after he condemned the Hungarian government’s law on banning teaching LGBT ideology to children.

The Dutch leader made his comments in Brussels this week while attending an EU summit.  “As far as I am concerned, then there is nothing left for them in the EU,” Rutte said.

“The goal is to force Hungary to its knees regarding this issue. They have to understand that they are either part of the European Union and the community of shared values we are,” Rutte added, Euronews reports.

Rutte had spoken to reporters before the summit and made similar comments saying that Hungary has “nothing more to do in the European Union” and that the new law on teaching LGBT idea in schools meant the country should be removed from the bloc.

The Dutch prime minister was joined by several other European leaders, including Luxembourg’s openly gay Prime Minister Xavier Bettel, who said he “will stay intolerant to intolerance and this will be my fight today”.

Hungary to Vote on Legislation Banning Promotion of Transgenderism to Children https://t.co/koFt5vrVoy

Hungarian Justice Minister Judit Varga published a response to the criticism over the new law on Friday on the Hungarian government website, About Hungary.

Varga accused EU member states of signing a declaration that contained ” false allegations” about the law and stressed the legislation was about the rights of parents.

“The new law focuses on guaranteeing the rights of parents and protecting minors from accessing content that may contradict the educational principles their parents chose to teach them until they become adults themselves,” Varga said.

We hope this #EUCO meeting reflects a cautious return to normality. We’re talking about making travel easier and post-COVID economic recovery. As Dutch prime minister I will be pressing to make sure the Recovery Fund is used to make reforms and make Europe more sustainable.

“Until that time, however, all other actors – be it the state or schools – shall respect the rights of parents to decide on the sexual education of their children. This is what Hungary’s new law is about,” she added.