Italian Left in ‘Freefall’, While National Conservatives Reach 20 Per Cent for First Time 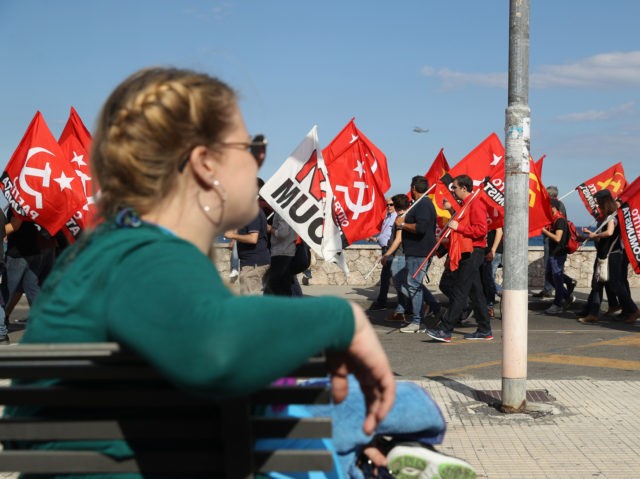 The National-conservative Brothers of Italy (FdI) led by Giorgia Meloni have introduced a proposal to ban communism using a law that already bans fascism in Italy.

Several members of the FdI, including member of the chamber of deputies and former president of Salerno Edmondo Cirielli, presented a bill to see communism banned in Italy, referencing a 2019 anti-communist and anti-nazi resolution approved by the European Parliament.

Meloni’s party stated that it was “time to equate the Communist regime with the fascist regime,” and that the ban on fascism should simply be extended to encompass communism, including the Soviet, Cuban and Venezuelan models, Il Giornale reports.
.
The new bill seeks to create provisions to counter groups, movements and political parties “pursuing anti-democratic purposes according to communist totalitarian ideologies or extremist Islamic religious ideologies.”

The party also attacked lax border policies saying that mass uncontrolled migration contributes to the danger of Islamic extremist ideologies.
The proposal for the bill comes months after Giorgia Meloni and Spanish populist VOX leader Santiago Abascal signed the anti-communist “Madrid Charter” in November of last year, along with over 70 others.

The charter states that the signatories affirm that “the advance of communism poses a serious threat to the prosperity and development of our nations, as well as to the freedoms and rights of our compatriots,” and commits to rule of law, freedom and democracy.

Earlier this year, after Santiago Abascal was attacked in Madrid during a speech by far-left extremists, Ms Meloni stated that violent leftists were guards of the progressive system.

“The left is dramatically the same all over the world. You only have the right to speak if you think, say and support what they want,” Meloni said.

“The left, the white guard of the system, is well aware that our commitment and the battles we carry out are the greatest danger to their project. Those who defend identity, traditions, family and homeland are an enemy to be slaughtered, at all costs,” she added.

Meloni and the FdI have seen a dramatic rise in popularity after choosing to remain in opposition to the grand coalition government led by Prime Minister Mario Draghi, which her ally Matteo Salvini decided to join.

Last week, a poll showed the FdI reaching 20 per cent for the first time and becoming the second-largest party in the country behind Salvini’s League after scoring just over four per cent in the last Italian national election in 2018.