After a Fairfax County School Board member delivered a scathing speech at a high school commencement ceremony, Virginia parents are rejecting critical race theory and other left-leaning ideas being pushed in their public school systems.

Other forms of jihad: 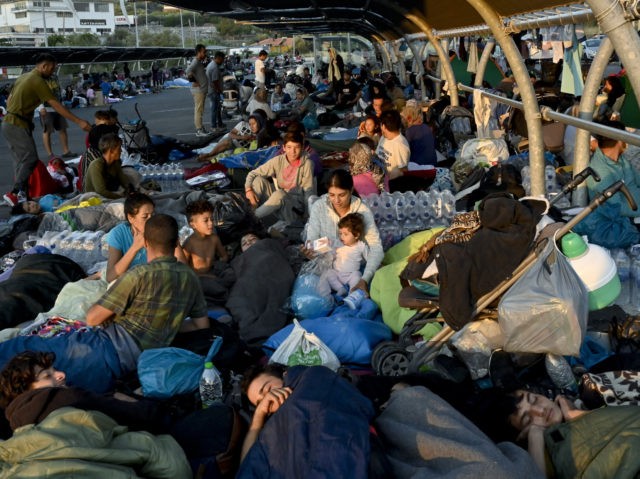 On Saturday, a Greek court sentenced four Afghan asylum seekers to ten years in prison for their role in burning down Europe’s largest migrant camp on the island of Lesbos that left at least 13,000 homeless.

The men had been charged with risking human life and arson related to the massive fire set in September 2020.

Refugee Jailed for Smuggling Illegal Migrants to U.K. Inside Armchairs and Sofas

The president of the student government introduced her, noting that she campaigned for presidential candidate Bernie Sanders and that her father, Esam Omeish, was a “leader and board member of the Dar al-Hijrah Islamic Center” – the namesake of a mosque attended by two 9/11 hijackers in 2001, and the radical imam Anwar Al-Awlaki, and Nidal Hasan, the 2009 Fort Hood shooter.

“I think it’s important for your viewers to know that Abrar Omeish’s comments here are incendiary comments are not the first example of divisive and anti-Semitic rhetoric,” Fairfax County Parent Gary Aiken told “Fox & Friends First” on Tuesday

Aiken said that several weeks ago, Omeish posted “vile anti-Semitic tweets on her social accounts,” which were linked to her official “non-partisan Fairfax County school board page.”

“That desecrates the Holy Land and kills Palestinians. And this caused huge outrage amongst over 250,000 Jewish Americans here in Northern Virginia and it sparked outrage across all political lines and there were calls for her to apologize. She offered no apology. She doubled down on it,” Aiken said.

Aiken said it is “absurd” to say that school board members do not represent the school when delivering speeches within “school functions” like a commencement ceremony.

Also, Aiken said that it is “absurd” that no one proofread or pre-approved the incendiary speech. The county school district said in a statement that Omeish’s comments were her First Amendment right and that her “personal views … do not reflect the views” of the school board or district.