Unthinking respect for authority is the greatest enemy of truth.
-Albert Einstein
(This is a frequent source of deception & bondage.)

Seek truth & you will find a path.
-Frank Slaughter

Truth will ultimately prevail where there is pains to bring it to light.
-George Washington

The Great Reset includes the expropriation of family farms in order to control the food supply. The farming sector is traditionally conservative & hostile to commie progressives who want to fundamentally transform America. But the commies are winning. The warming racket, the Covid scare, it’s all connected. And a lot of rich communists are using their money to destroy the Shining City on a Hill while we’re still wondering why they’re doing this to us.

Glenn exposes how ranchers are slowly and secretly being run out of business and how farmers are economically being forced to comply. Environmental, social, and corporate governance (ESG) is the weapon, and the top food suppliers have caved. The heart of our country — farmers and ranchers — is being destroyed in the name of “social progress.” From Biden’s infrastructure plan to his tax deal and inflation, Glenn reveals how it’s all connected to transform society into something completely un-American. South Dakota governor Kristi Noem joins to discuss the attacks on our food supply and says America’s agriculture industry should be treated as a national security issue. She discusses the plans for how her state is going around the Biden administration “to create our own meat processing supply … and take our destiny back into our own hands.”

Turning children into an “environmental hazard” 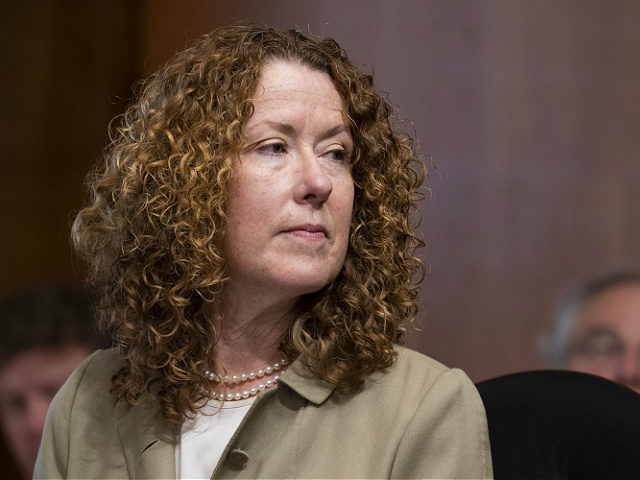 Tracy Stone-Manning, President Joe Biden’s nominee to be director of the Bureau of Land Management (BLM), described American children as an “environmental hazard” while advocating for slowing U.S. population growth in her 1992 graduate thesis.

Gen. Michael Flynn: “Something Is Going to Happen. They Must Create Noise Before the Arizona Audit. They’re Going to Have to Do Something”

We need to face reality. They are going to continue to go after Donald Trump. OK? They’re going to continue to go after Donald Trump. And I’m glad to see the president finally getting out and doing rallies. He’s going to be doing one in Sarasota here on the 4th of July. I think he’s going to up in Ohio on Saturday. So he’s going to get back out and he’s going to light the world on fire. Because I know they are going to go after him. And whenever they go after him it’s never pretty. It’s going to be ugly and that creates a lot of media attraction and everybody has to cover it. What does it mean? What is it going to do? And it keeps everybody off of the election fraud. As I said at the beginning of the show, now repeat after me, the 2020 presidential election was stolen. There is no doubt in my mind anymore. There is none… And the truth will continue to come out. Something is going to happen. I don’t think we’re going to have to wait until the end of summer. I think it’s going to happen here fairly soon…because they must create noise prior to the Arizona audit starting to really bubble out. They are gonna have to do something.

Via The Storm Has Arrived.

One thought on “The Great Reset (this is just the beginning)”