Another Uprising: Thousands Protest as Italy Mandates Health Pass, Will Restrict Unvaccinated From Many Activities

The only thing unhealthier than a virus is big government. 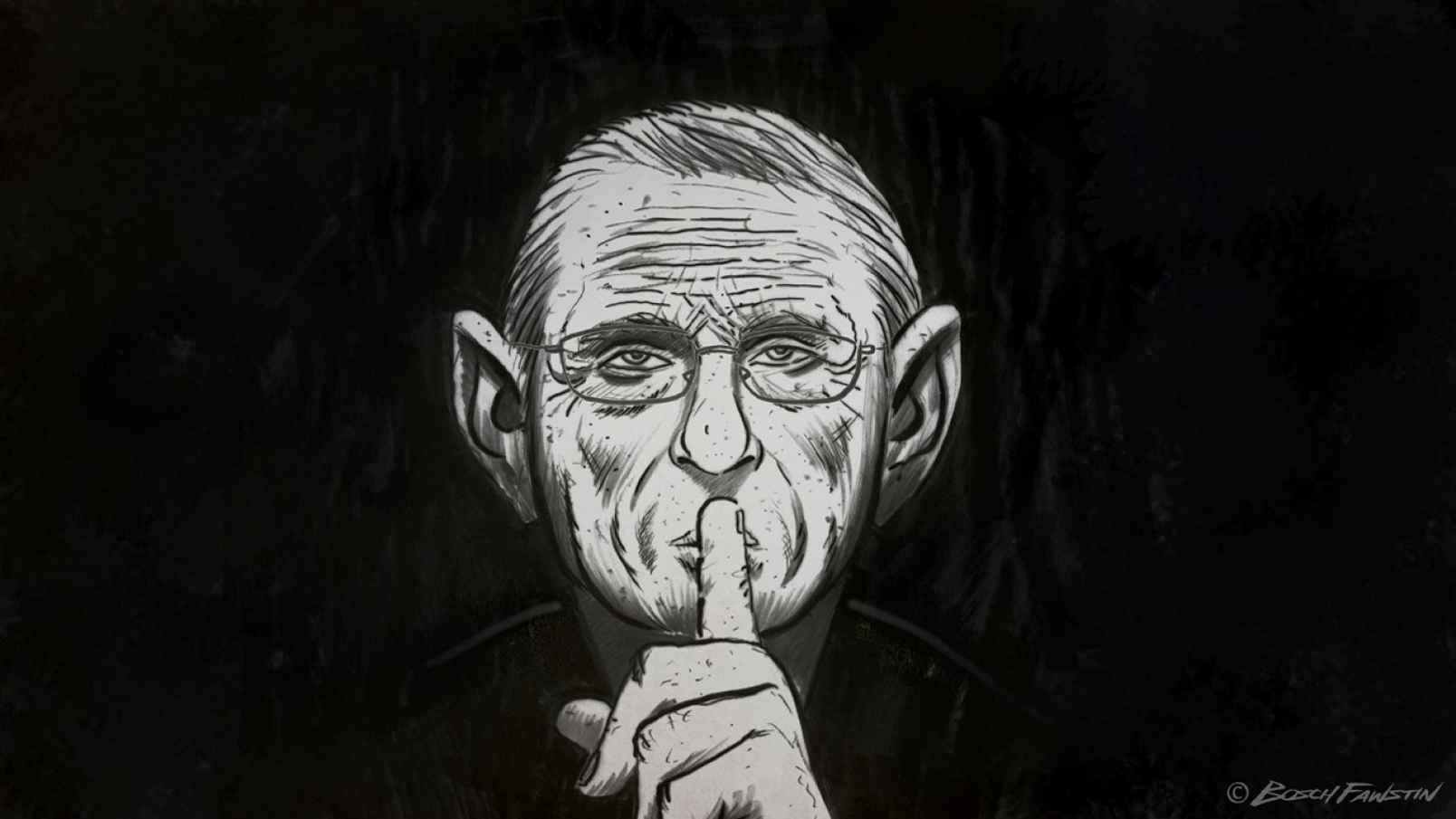 After Biden’s spokeswoman boasted that the administration was ordering Facebook to censor some people’s speech, Fauci joined the campaign by appearing on CNN to warn about the dangers of letting anyone say whatever they think. “We probably would still have polio in this country if we had the kind of false information that’s being spread now,” he falsely claimed.

Fauci, as usual, is wrong about everything.

The polio vaccine was the subject of numerous controversies which played out in public. There were anti-vaccine campaigns long before Facebook. The most bracing of these took on the polio vaccine with the headline, “Little White Coffins” declaring, “Only God above will know how many thousands of little white coffins will be used to bury the victims of Salk’s heinous, fraudulent vaccine.”  Walter Winchell, who at his peak reached over 50 million people, warned that one particular version of the vaccine, which contained a live virus, was a “killer”.

Contrary to Fauci’s fantasies (aided and abetted by a media eager to find a pretext for censoring any open marketplace of ideas), the fifties were not a totalitarian dystopia in which free speech did not exist. Many of the same controversies as today, from socialism to science, played out to large audiences across a bewildering array of national and local newspapers, radio stations, mailings, books and magazines in a country where the media had not yet been consolidated.

Today, much of the newspaper, radio, and television markets, not to mention publishing, are controlled in one way or another by a handful of giant companies. While the fifties had their massive chains and networks, they were far more intellectually diverse, and had plenty of different owners and perspectives in the mix. The American cultural environment today would strike people from that era as Communist because it resembles the tight centralized control of the Soviet Union. America has never had as little free and open debate as it does now because never have the means of debate been clutched in as few hands as is now the case..

There was aggressive promotion of the polio vaccine by the government, by local authorities, and by non-profit advocacy groups, but there was also vigorous opposition by a variety of people, some credible and some not, and the scientific debates over the vaccine, most notably between the live virus and the inactive virus, played out in public with ordinary people following the back and forth between Salk and Sabin. When Salk’s inactive vaccine was replaced with Sabin’s live virus, the vaccine researcher turned to attacking it as unsafe and dangerous.

Americans not only survived a vigorous public debate over the polio vaccine, but managed to stop polio because the debate over the vaccine between advocates and opponents, and between scientists, played out in public creating a sense of transparency and trust. CDC Director Walensky: Delta Variant “One of the Most Infectious Respiratory Viruses We Know of and That I’ve Seen in My 20-Year Career” (VIDEO)

Democrat revisionists act as if public health, elections, or any important enterprise can only succeed if dissenting voices are suppressed. But public trust comes from debate, not from a lack of it. Americans trusted the polio vaccine more than they trust the coronavirus vaccines because they were part of a public debate, instead of being told to shut up and just go along.

And the existence of a vigorous public debate proved vital when batches of the polio vaccine from one manufacturer not only proved lethal, but infected children with polio and paralyzed some of them. The initial response by many in the scientific community and among corporate leaders was a cover-up. Instead, the Eisenhower administration chose to be transparent even though it led to a smear campaign by Democrats.

Eisenhower, instead of acting as if there was nothing wrong, admitted that the government had failed. It would be incomprehensible today when no politician ever admits to having mishandled the pandemic. New York’s Cuomo might have killed countless seniors, but he’ll never admit to it. Neither will any of the other governors who forced infected patients into nursing homes

Contrary to Fauci’s lies, the polio vaccine process survived not only “false information”, but vigorous public debate between its two central figures, Salk and Sabin, between Republicans and Democrats, (Basil O’Connor, the vaccine’s biggest champion, was FDR’s old friend and had brought him on board), and catastrophic failures that included a vaccine manufacturer who infected 40,000 children with polio, paralyzed 51 children, and killed 5 children.

Finally, Fauci is wrong about there being no more polio in America. What he really means is that there’s no virus in the wild naturally spreading “polio” in the United States.

Polio now comes to this country through vaccines taken abroad by immigrants or travelers. (Fauci would also prefer that we not debate Biden’s open borders policies which are bringing in illegal aliens infected by the coronavirus and spreading them around the country.)

After a temporary win by Sabin, the United States switched to a live virus in its polio vaccine due to an outbreak caused by an inactive vaccine which turned out to carry the live virus. More recently, we went back to the Salk inactive virus vaccine. However countries which use the live virus vaccine continue to spread polio to a percentage of those who are vaccinated.

In 2008, the CDC reported that “vaccine-derived polioviruses were detected in patients from eight countries who had acute flaccid paralysis.”

That’s why vaccine debates, and any other medical debates, are worth having.

The polio debate still continues today generations later. The switch from a live to an inactive vaccine happened less than a generation ago. Historians still argue over whether the vaccine outbreak was the fault of private industry or government oversight. And that’s a good thing.

Vaccines are an important and powerful tool. Like any other scientific program, they can go disastrously wrong. The best way to maintain public trust in vaccines or in any other program is through transparency, telling the truth and conducting an open and public debate.

Debates over vaccines or any other subject will not always be conducted in good faith. But secret planning and cover-ups are always held in bad faith and destroy public trust.

Fauci is a government employee. And the legitimacy of the government derives from public oversight and scrutiny. That legitimacy fails when those employees mislead and manipulate the public. Fauci was showered with the same outpouring of worshipful attention as Salk, without possessing anything resembling Salk’s level of accomplishment. But where Salk also faced harsh criticism and accountability when things went wrong, Fauci never has.

He glides from one interview to another, changes his story twice a week, adopts whatever the popular Washington D.C. is, and never actually confronts any of the difficult issues.

In the 50s, Fauci would have long since faced accountability. And Americans would have never tolerated the level of control over the public by unelected administrators. Let alone the calls for the suppression of free speech that Fauci feels free to indulge in to his fan base at CNN.

People not only have a right, but an obligation, to debate what their government does. Their opinions may be right or wrong, but that’s not for Fauci and the government to decide.

It is not the job of government employees to tell the public what to think, but to serve the public.

When a government administration blames a crisis on the public having too much of a say in things, it’s either covering up its own horrifying actions or plotting a coup against the public.

Either one is a warning that the only thing unhealthier than a virus is big government.

One thought on “Fraudci is the virus”