One day we’ll see the real, deadly damage of lockdowns
.
Rita Panahi Herald Sun July 7, 2021
.
In 20 years we will look back on this pandemic and wonder how so many advanced nations abandoned their sophisticated pandemic plans to follow China’s example and lock down entire cities to “eradicate” a virus. How did we allow the highly compromised World Health Organisation to dictate a destructive course of action, one based on China’s undoubtedly false data, that has caused untold suffering around the world particularly for the poor and vulnerable with malnutrition, infant mortality and child labour rates up in the developing world due to Covid-19 lockdowns? 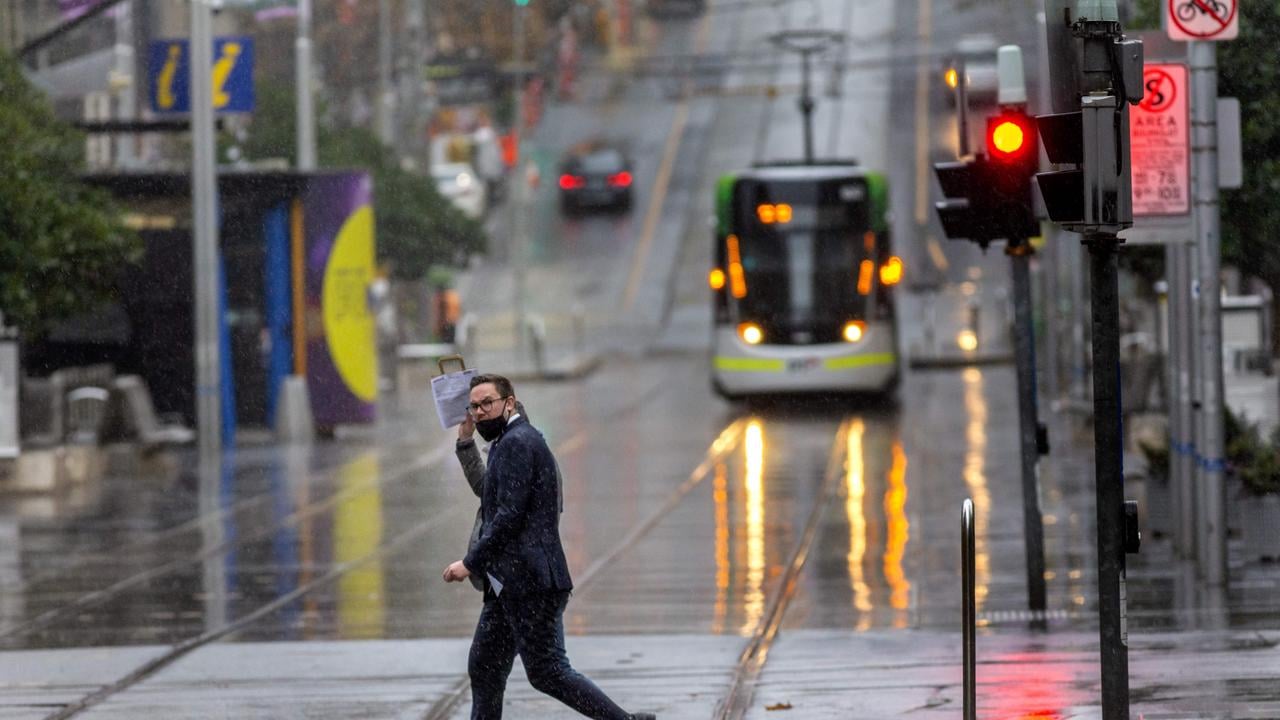 Most of the world, panicked by a new threat and wildly inaccurate modelling, embraced drastic policies and stuck with them regardless of whether they worked or not. To this day there is very little in the way of evidence that lockdowns work and there is certainly no scientific consensus.
.
Many experts were ignored or cowed into silence by media and activists who attacked any dissent as anti-scientific regardless of how well credentialed the dissenters were.
World-renowned infectious disease expert Dr Martin Kulldorff explains: “Among infectious-disease epidemiology colleagues that I know, most favour focused protection of high-risk groups instead of lockdowns, but the media made it sound like there was a scientific consensus for general lockdowns.”
.
The Harvard Medical School professor is among tens of thousands of professors, doctors and scientists who signed the Great Barrington Declaration against lockdowns in favour of focused protection of vulnerable people.
.
“For society at large, the conclusion was obvious. We had to protect older, high-risk people while younger low-risk adults kept society moving,” Prof Kulldorff wrote.
.
“Instead of understanding the pandemic, we were encouraged to fear it. Instead of life, we got lockdowns and death. We got delayed cancer diagnoses, worse cardiovascular-disease outcomes, deteriorating mental health, and a lot more collateral public-health damage from lockdown. Children, the elderly and the working class were the hardest hit by what can only be described as the biggest public-health fiasco in history.”
.
Closer to home we had the Dan Andrews government, and much of the media, ignore hundreds of doctors who at some personal risk signed an open letter about Victoria’s marathon 112-day lockdown doing more harm than good.
Sadly, too many enjoy the panic and scaremongering which may explain why the number of Covid cases leads the news instead of the number of hospitalisations and ICU admissions.
.
It’s why we hear so much about how the Delta variant is more contagious and not much about how it’s been considerably less virulent than the original strain.
Infectious disease physician and epidemiologist at The Kirby Institute, Professor Greg Dore, explains that more infectious does not mean more severe or deadly.
“There is no evidence the Delta variant is more virulent than other variants. In fact, data from the UK shows the death rate from Alpha variant is 2 per cent compared to 0.3 per cent for the Delta variant,” he said.
,
But why allow reason and facts to disrupt full-blown hysteria? Throughout this pandemic we have been told that we must blindly follow the advice of health bureaucrats and that any questioning of their absurd demands, from banning fishing to imposing outdoor mask mandates to banning Anzac Day flyovers was tantamount to an attack against science.
.
These unelected, unaccountable public servants may not have the credentials of Harvard professors but they have been granted sweeping powers with gutless leaders deferring to their judgment instead of making decisions based on all the evidence. Sadly, the more one hears from some chief health officers – the more alarmist hyperbole and catastrophist craziness – the less faith one has in their judgment.
.
Last week saw two CHOs completely at odds about the impact of Covid-19 on the young and healthy.
.
On the very same day that South Australia’s CHO Nicola Spurrier strongly rejected the notion that those not in high risk categories have relatively little to fear from the virus saying “we still have many, many people dying”, the Queensland CHO Jeannette Young conveyed the message that an 18-year-old has more to fear from the AstraZeneca vaccine than Covid-19, even though the risk of dying from the vaccine is less than one in a million.
.
One CHO seems to think the young and healthy can drop dead from the virus, while the other has claims on being the country’s chief anti-vaxxer by whipping up fear about AZ.
.
An Essential poll released on Tuesday shows more than one in three Australians “are willing to get the Pfizer vaccine but not the AstraZeneca”.
.
Words have consequences. But don’t dare question the wisdom of public health bureaucrats who’ve been elevated to godlike status by the bulk of the media.
IN SHORT
.
Is it April 1 again? The comically wrong Dr Norman Swan (you may remember him from the Biggest Loser TV series) who has also been on the public payroll since 1982, claims Brett Sutton is the country’s best CHO … that would be the CHO of the state with 90 per cent of Australia’s Covid deaths and four lockdowns.
.Hilarious.
.
1/ One day we’ll wonder why nations followed China’s example and locked down entire cities to “eradicate” a virus. Picture: NCA NewsWire / David Geraghty