Madness Down Under – The Laughingstock of the World

Australia is no longer one nation. It is now a collection of states and territories run by power-drunk leaders each trying to outdo one another in becoming the most draconian and crazed tin-pot dictators around. 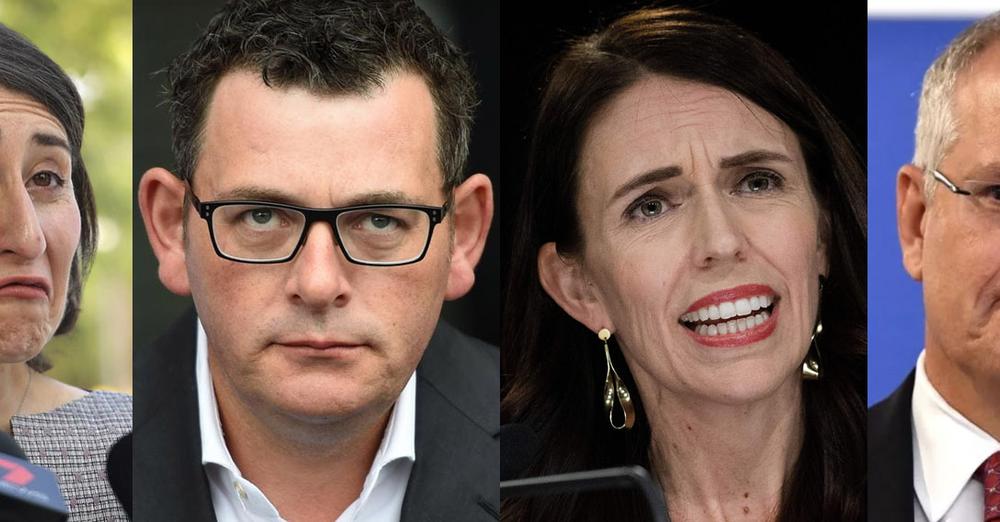 More footage from Australia is going viral and painting our country as a “dystopian nightmare” where individual rights are not protected and a scared populace submits to a police state, according to Sky News host Rita Panahi.

“To us, a bunch of teenagers being handcuffed in the middle of the night and fined $1,000 each for the crime of meeting at a Sydney beach has become normal,” she said. “But the rest of the world looks in abject horror.” Ms Panahi said people around the world are “marvelling” at what’s happening in Australia, noting Fox News anchor Tucker Carlson has taken aim at how Australian police are treating protesters. “There is similar commentary and discussions I’ve seen from the UK,” Ms Panahi said. “Is this how we want to be perceived as a country?”

Australian Media Versus “Those Doing the Wrong Thing”

To get Western populations to voluntarily surrender fundamental liberties and succumb to tyranny is a big lift for the statist media establishment. Australia’s is up to the job. Hard as it is to believe, this is not a parody:

What have I just watched? 😳

Whether it be psy-op/propaganda or not, this is the kind of thing being shown on Australian news channels 😱

There is no extreme of Covid tyranny occurring Down Under that the Democrat Party–liberal media axis of evil will not avidly inflict on the USA if we let it.