Most of us are experiencing a deepening discontent as the long hot summer drags on.

The scamdemic continues to drag on. I warned everyone that the mask wearing and vaccines would never go away and they haven’t.

You can no longer remove your mask to drink alcohol outdoors.
“If you’re going along with that, the joke’s on you”

Americans are getting banned due to posting so-called ‘misinformation’ on social media while Fauci, the CDC, the WHO and the globalists spew outright lies. Biden wants us all to get dangerous, experimental injections against a virus that has a 99.7 percent survivability rate. At the same time, the demented pedophile in chief leaves our southern border wide open to COVID infected invaders. His crack-addicted son rakes in a billion bucks in graft from the CCP, who cooked up the virus as a bioweapon in the first place. Nothing is done about the open corruption.

Finally, we had Arnold Schwarzenegger flex his ugly opinion right in the face of Americans. The USA has been mighty good to ‘Ahhnold.’ His mediocre acting talent has been handsomely rewarded because he has more muscles than brains. Due to his stardom, he was even made a governor for a while, but now he has stabbed America in the back when he said, “Screw your freedom!”
One might think he’s reverting to ancestral roots. His dad betrayed Austria by becoming a Nazi. In the case of Arnold, the rotten apple didn’t fall far from the tree. 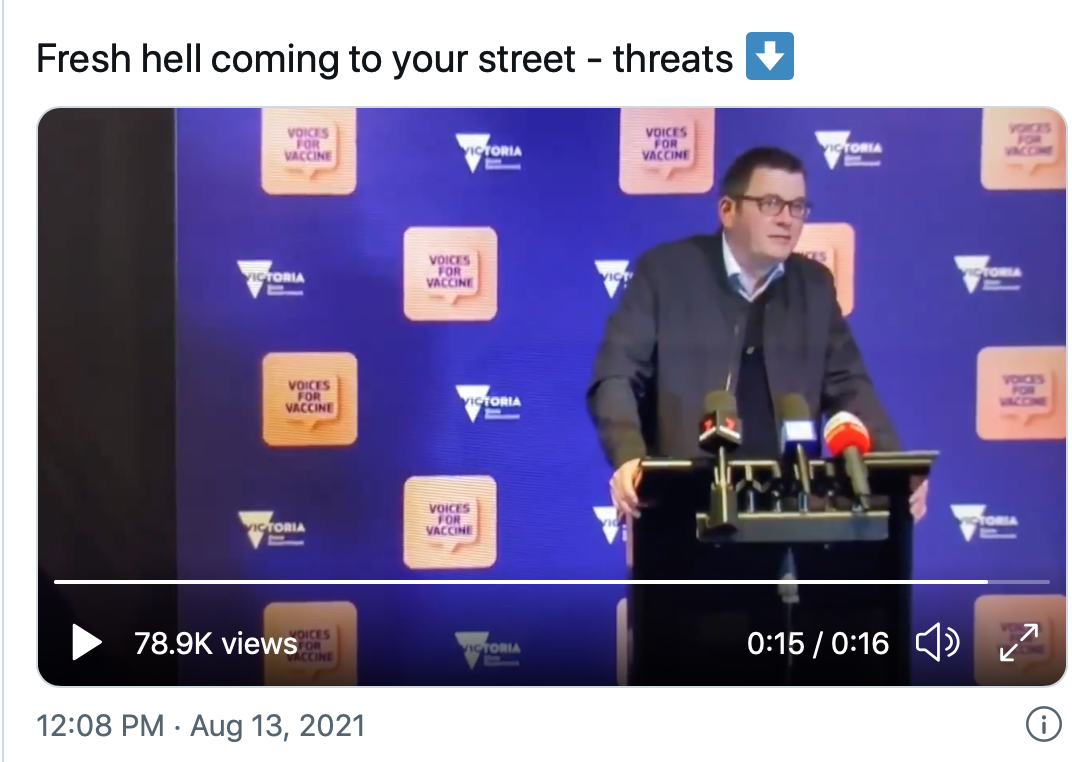 Straight from someone with first hand experience pic.twitter.com/ficdgeUqeC

So the whole state must reach 70% fully vaccinated AND only those fully vaccinated will be able to live a normal life? Is that just 2 doses or the now 3 doses and soon to be 4 doses you will need? Goalposts shift every day and people still bloody fall for it.

The lunatics run the asylum

We have allowed this to happen ⬇️

They’re BOTH taking away your Freedoms

They’re BOTH introducing a Police State

Dan’s craziness is being talked about around the world…I guess he will be furious…good pic.twitter.com/TyqGJvqTBa 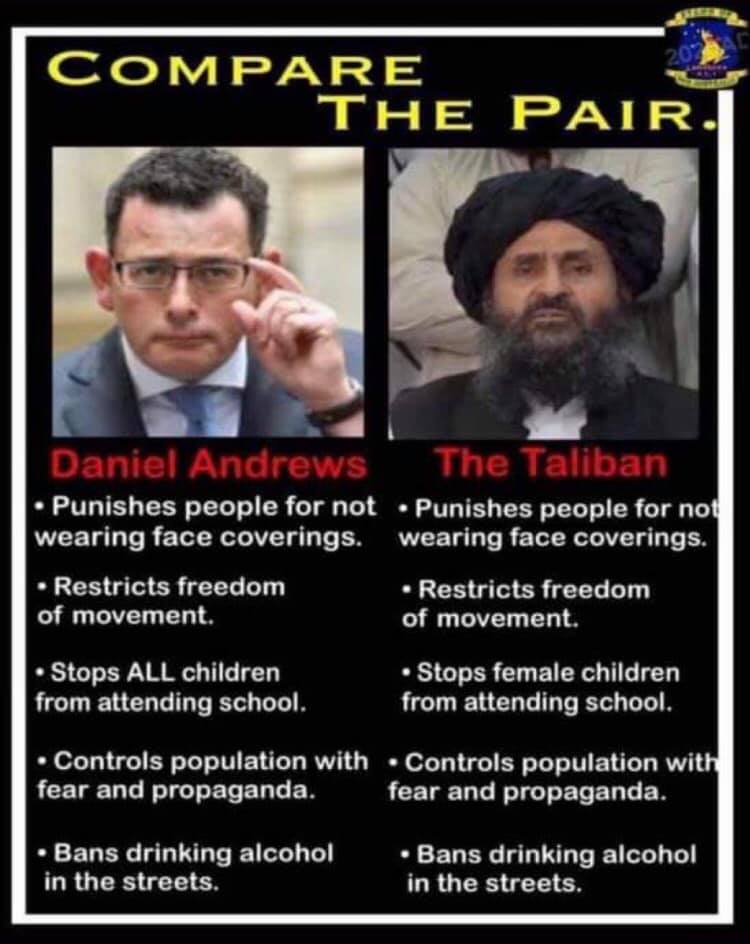 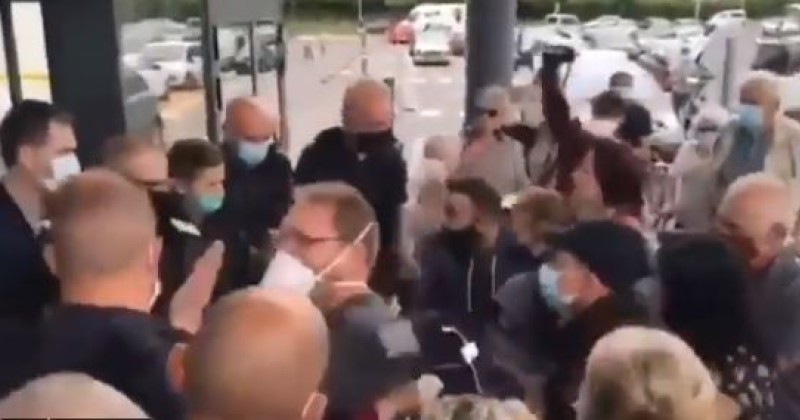 A video out of France shows irate shoppers being blocked from entering a supermarket by police because they don’t have COVID passports.

The footage shows people with shopping carts being blocked from entering the grocery store by security guards. 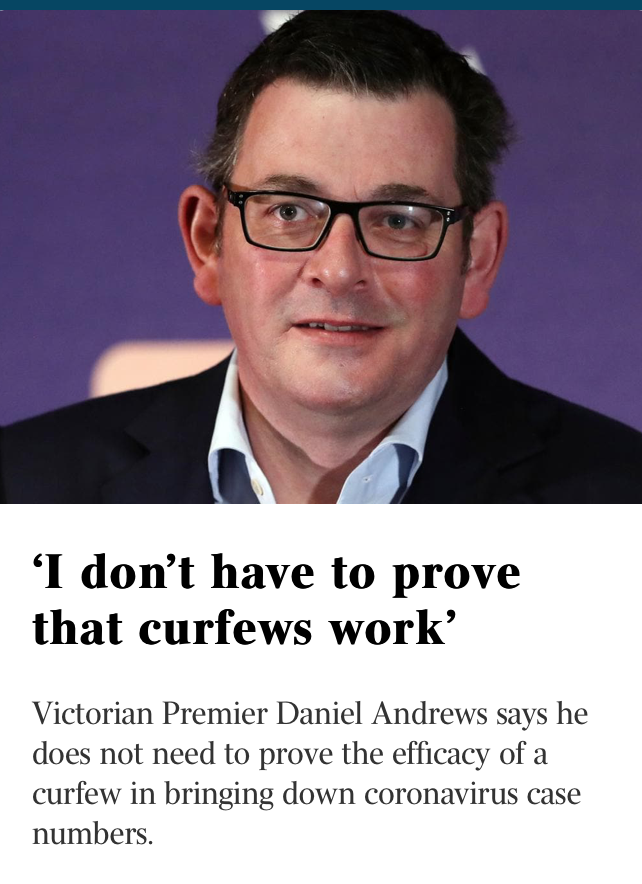 This is a very ugly POS!

“We’re prepared to do what has to be done.” 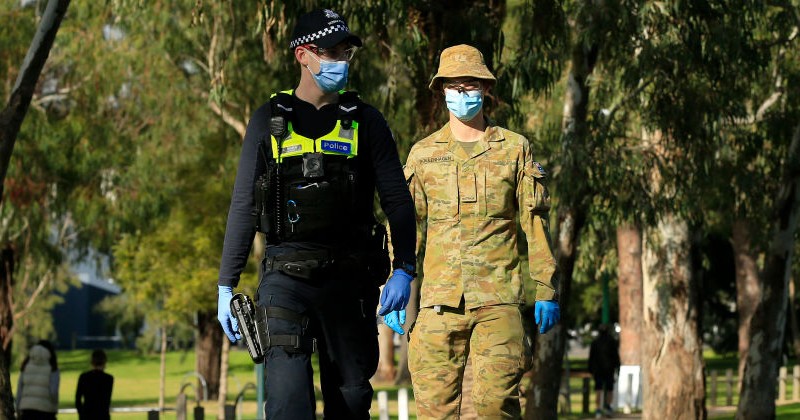 I’m sure they wouldn’t think of themselves as Nazi lackeys. They are the good guys. They’re doing it for “the greater good”, right?

1. You told us to stay home for 2 weeks to ‘flatten the curve’. And so we did what you asked and 18 months later we are still locked in our homes.
2. You kept brothels open but closed churches. You keep Bunnings stores open, but close the gyms and children’s playgrounds.
3. You tell us you are “following the science” whilst subjecting us to arbitrary restrictions with zero basis in science.
4. You said “we’re all in this together” while we lost our jobs and you got fat pay rises.
5. You made us quarantine in small hotel rooms while making special rules for Hollywood stars to quarantine unsupervised in mansions.
6. You keep Australian citizens from returning home while allowing Caitlyn Jenner into the country to film Big Brother.
7. You refuse individuals the ability to visit relatives interstate, but give special exemptions to entire football teams.
8. You tell us that masks are unsafe, then change your mind and punish people who don’t wear masks.
9. You tell us Astra Zeneca is unsafe for under 60s, then only unsafe for under 50s and now urge us all to get it, sneering at us if we hesitate to follow your ever-changing advice.
Yet your Chief Health Officer says no one under 40 should be injected with it.
10. You said we can’t go overseas but that you simply must go overseas to pitch for the Olympics, that was uncontested since Feb 2021, it was already our games.
11. And now, of course, you tell us that last year’s BLM protests were safe but that our protests for freedom are super spreaders.
12. The world is opening up, vaccinated or not, and laughing out our lockdowns and compliance, pushing us even further to question what the hell you pollies are dictating and thinking.
13. You’re over reporting covid cases and under-reporting the vaccine reactions and lockdown suicides. Where did fair and honest reporting go?
Is it any wonder thousands of people not only question everything you say but have reached breaking point, enough is enough. This is taking its hold over the children now
.
More:
.
“It only takes one person crossing the border with Delta and there is another lockdown,” Ms Palaszczuk said. This is madness.
.
Crooked Jeannette Young, Tokyo Anna, and Crooked’s Husband (The Monopoly Man!) are too dumb to realise they are now involved in BIG LEAGUE CRIMES. Some great people are looking at the London Charter right now and seeing what can be done there.