We are being invaded, bought, conquered, and destroyed.

Inept, corrupt gov’t clowns are telling us they can keep us safe from climate, if we only give them all our money. They promise to give us back our freedom, if only we allow them to inject us with dodgy substances, poison hat kills lab rats. Successive governments in the UK promised to keep the invading Muslim armies out, only to keep the borders open & to roll out the welcome mats. There is a sheer endless list of betrayals by national governments, the judiciary, the EU, the UN & all our institutions to wreck our world.

Jihad Watch has been bringing you what has become regular news about the illegal Muslim invasion of the UK and the nations of the European Union. The English Channel has become a hotspot, as a steady stream of illegal Muslim migrants cross unimpeded from France to the UK. Thousands flow in almost weekly to Britain, […] 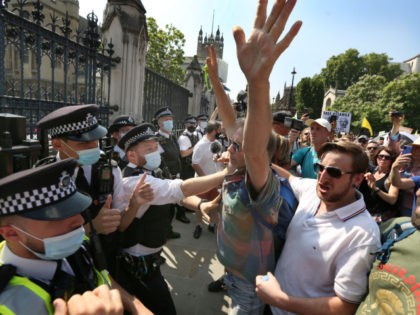 The British Parliament has refused to debate a petition to reject the UN compact on migration as it “has already been agreed by the UK Government.”

“The movement of masses of people across national borders has become politically unsustainable to the destination countries. The cost of compassion has caused a massive electoral backlash that has seen powerful establishment parties crumble in the face of populist anti-immigration upstarts.”