F*kc the pharmacists. It’s none of their business. It is doctor-patient privilege, period. 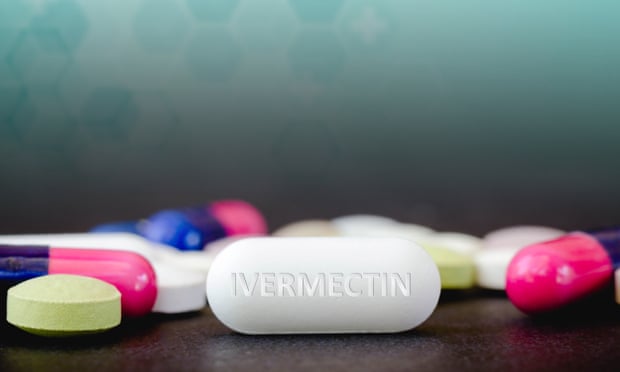 Australian pharmacists have reported an increasing number of people arriving with prescriptions for the drug ivermectin, but refusing to say what it will be used for.

They don’t have to. And they shouldn’t. It is no ones business except for the doctor who prescribes it & the patient who uses it.

The Pharmaceutical Society of Australia said its members were encountering resistance from some customers when asked why they were seeking ivermectin.

“PSA is aware that some pharmacists have experienced an increase in presentations of prescriptions for ivermectin, including where the patient is unwilling or unable to discuss what they are being used for,” a PSA spokesperson said.

The Therapeutic Goods Administration on Monday said there had been a shortage of Stromectol 3mg ivermectin tablets in August. The drug is typically used in humans for treating river blindness, scabies and roundworm infections, but has increasingly been sought as a treatment for Covid-19, despite not being approved for that use in Australia.

We must stop the lockdowns and stop the destruction of our economy. We must protect Freedom of Speech and free our citizens.

It's time for a change. Together, we can take our country back. pic.twitter.com/c1urnzRJKZ

The TGA also noted there had been a tenfold increase in detections of the drug being imported into Australia, prompting the regulator to warn against using the drug for Covid-19 treatment, stating there is “insufficient evidence” that it works and it may be dangerous to health.

The university behind the initial lab trial for ivermectin used to treat Covid-19 has also warned against people self-medicating with the drug or buying drugs meant for livestock. Much of the initial focus on the drug as a Covid-19 treatment stemmed from an April 2020 lab trial at Monash University in Melbourne, where ivermectin was found to have killed the Covid-19 virus in a cell culture within 48 hours.

The study stressed it was not a clinical trial, and more work was needed to determine what dosage in humans might be effective or safe.

Kelly acknowledged the study was a long way from showing effectiveness in humans, but pointed to Prof Thomas Borody from the Centre for Digestive Diseases, who has argued that ivermectin should be combined with other off-the-shelf medication and given to people in aged care as a Covid treatment.

Monash announced this month that the original lab study was advancing to the peer review stage, with a submission to a peer-reviewed scientific journal under preparation.

While the research continues, the university has gone to lengths to stress to people not to take ivermectin outside clinical trials. The original 2020 press release has been updated not only with the current status of the study, but advice in bold that people should not take the drug to treat Covid.

“Do NOT self-medicate with ivermectin and do NOT use ivermectin intended for animals,” the university states.

“Whilst shown to be effective in the lab environment, ivermectin cannot be used in humans for Covid-19 until further testing and clinical trials have been completed to establish the effectiveness of the drug at levels safe for human dosing.

“The potential use of ivermectin to combat Covid-19 remains unproven.”

The lead researcher, Dr Kylie Wagstaff, has been working to establish a blind and randomised clinical trial, but the university said it had been paused due to the low Covid case numbers in Australia in 2020.

“Dr Wagstaff remains committed to undertaking a trial that will provide a definitive answer to whether or not ivermectin is a potential treatment for Covid-19,” the university said.

Crikey reported this week that Australians in Facebook and Telegram groups were seeking out advice on how to obtain the drug, and recommending sympathetic doctors who would prescribe the drug off-label for Covid-19 treatment.

The PSA spokesperson said pharmacists should check with the prescriber if unsure what its intended use was.

“PSA recommends that pharmacists should satisfy themselves that ivermectin use aligns with the principles of evidence-based medicine and that the benefits of treatment would outweigh harms. Should pharmacists be unable to establish intended use of an ivermectin prescription, they should contact the prescriber to clarify the indication.”

Others in the Facebook and Telegram groups are reportedly turning to international sites to import ivermectin, and some have recommended buying ivermectin intended to deworm livestock.

After ivermectin had been promoted by rightwing politicians and media in the United States, the US Food and Drug Administration last week warned the public not to take the drug, as reports pointed to increasing numbers of people who had taken ivermectin calling poison hotlines, with at least one hospital admission.

In its advice, the PSA relies on the Cochrane review of ivermectin studies across the globe, undertaken by the National Covid-19 Clinicial Evidence Taskforce. The latest review, published in late August, concluded that “there remains significant uncertainty whether ivermectin is more effective and safer than standard care in treating patients with Covid-19”.