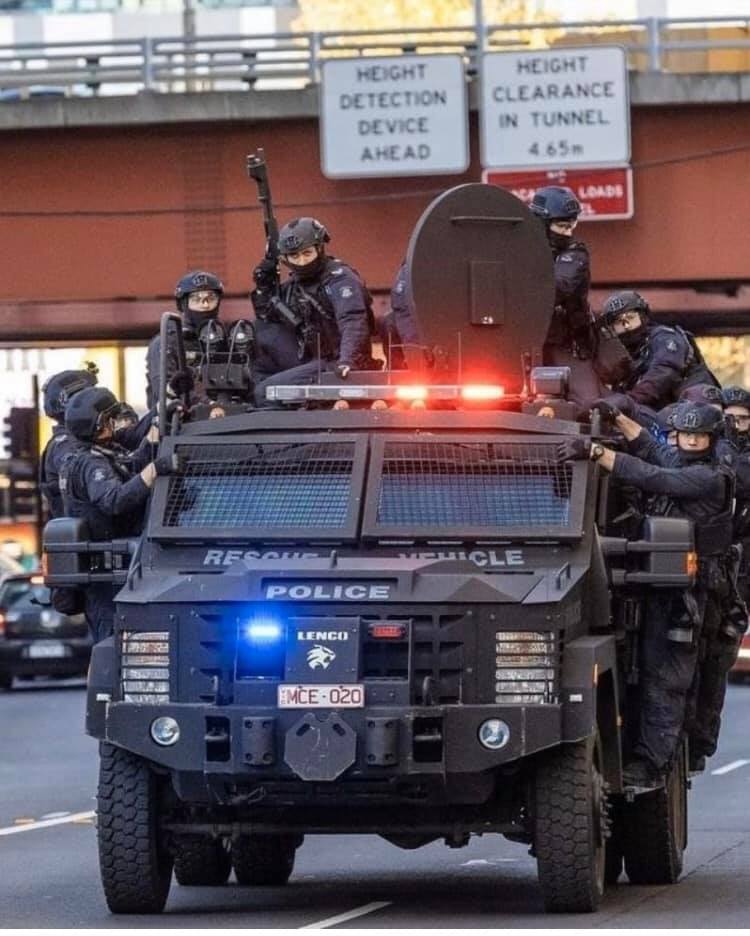 This cannot be unseen. This picture will go around the world. This is the image the world sees. This is what Australia has become.

Independent journalism and Livestream broadcasts are only ‘dangerous’ in totalitarian dictatorships. If @DanielAndrewsMP and @VictoriaPolice don’t want anyone to see what’s happening, they shouldn’t be doing it in the first place.

Alexandra Marshall
When terrorism legislation was expanded to handle worldwide Islamic terror they didn’t want to offend anyone – so they made it nonspecific and broad. This decision to spare ‘feelings’ is the reason Dan Andrews is allowed to use counter-terror teams against Australian citizens.

Thank you Victoria Police for stopping at NOTHING to keep us safe from this dangerous virus.

This is the moment a counter-terror squad confronted UNARMED construction workers marching Melbourne's streets to protest the world's longest and harshest lockdown.

Please RT for the world to see how far Australia has fallen. pic.twitter.com/KC7vTHnQeB

Media is right now entirely uninterested in use of excessive force by police. https://t.co/0OnrfAiylY