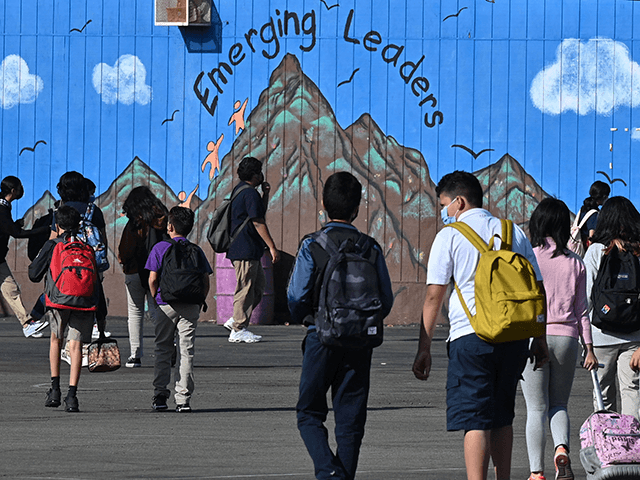 The Biden regime is rapidly repurposing federal law enforcement to target political opposition. They want to reclassify dissent as “disinformation” and “domestic terrorism,” justifying an unprecedented intervention, both directly and in partnership with tech companies.

The National School Boards Association lobbied the federal government to have angry parents who speak out at schoolboard meetings about abusive mask mandates, antiwhite race hate, and boys in the girls’ bathroom classified as terrorists. Less than a week later, the Injustice Department grants their wish:

Without citing specific cases, in a memorandum issued on Monday, Merrick Garland expressed concern about a “disturbing spike in harassment, intimidation, and threats of violence against school administrators, board members, teachers, and staff who participate in the vital work of running our nation’s public schools.”

Tucker Carlson: The left will now use armed agents to enforce their radical ideology

They are uninterested in actual crimes like murder, but will arrest you for caring about your child’s education

TERRY MCAULIFFE: I don’t think parents should be telling schools what they should teach. I get really tired of everybody running down teachers. I love our teachers and what they’ve done through covid, these are real heroes who deserve our respect.

He’s a hack, a liar, and a demagogue, but ignore the second part of the sentence. “I don’t think parents have any right telling teachers what to teach.” Really? So parents don’t control their own kids. Do you have a right to tell the pediatrician what kind of medical treatment your kids should get? No. This is the new rule. The government makes all key decisions about your children. That’s not just true in the state of Virginia. It is now orthodoxy throughout the entire Democratic Party. And as of yesterday, this idea, unprecedented in the history of America, has the full backing of the Biden administration, in other words, of the entire federal government.

The letter follows the National School Board Association's request to classify protests as "domestic terrorism." pic.twitter.com/NhPU03YOYq