…all the doomsday predictions of underwater cities and mass deaths from starvation make the ridiculous assumption that humanity will do absolutely nothing to adapt to climate as it slowly changes, Lomborg asserts. 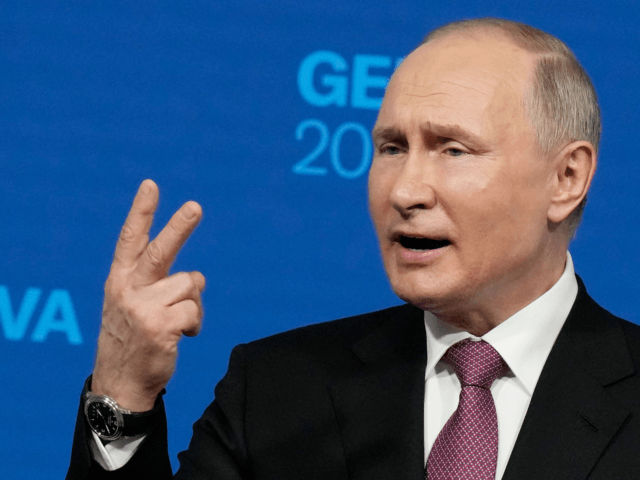 Andrew Bolt The Courier Mail October 20, 2021
.
I admit global warming does cause one bad thing – a rank crop of green shysters and carpetbaggers like the shameless Andrew Forrest. Believe me, if Forrest is selling you a “clean energy” future, hold on to your wallet. That’s because Forrest seems to me to be one of those billionaires who can’t tell the difference between what’s good for him and what’s good for the country. 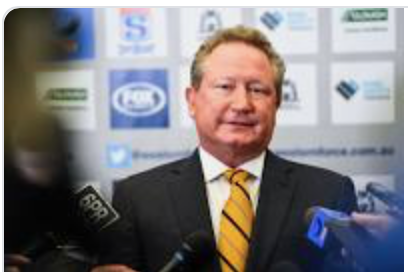 He’s also a world-champion crawler who seems liable to say almost any crazy thing, if you pay him enough.
.
China does. China has made the West Australian hustler super rich by buying mountains of his iron ore, and Forrest is now a grateful salesman for this genocidal, warmongering dictatorship.
.
How we laughed – or choked – when Forrest last year waved away the proof that the coronavirus that’s killed five million people came out of China: “I don’t know if this virus started in China or somewhere else and frankly I don’t care … because it just might be Australia, it just might be Britain, it just might be China”.
How we goggled when Forrest also ambushed Health Minister Greg Hunt at a joint press conference by bringing along the Chinese consul in Melbourne to come speak, too.
.
Forrest’s latest effort is a gold-winning example of his Australian crawl. It was champion barrow-pushing, too. 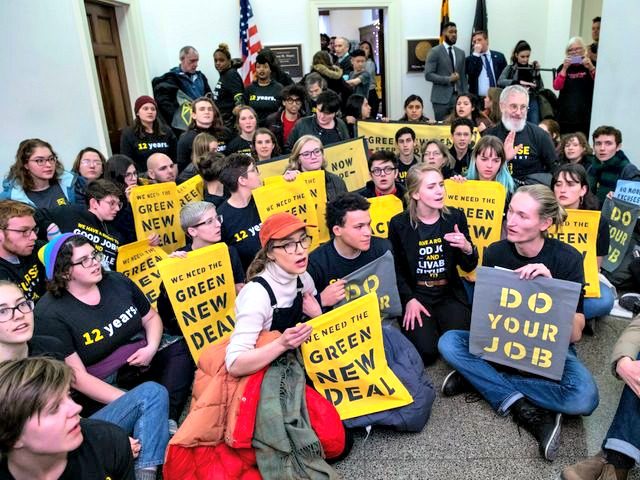 “One thing which the Chinese government is incredibly good at doing is listening to the mood of its people,” Forrest declared on Tuesday.
.
Pardon? In fact, China’s dictator, Xi Jinping, is so determined not to listen to his people that he’s banned elections, banned a free press and censored the internet, even stopping people from mocking him by posting pictures of Winnie the Pooh and noting the astonishing likeness.
.
But Forrest is certain Xi knows all about the public mood – no need for elections or debates to tell either man a thing – and what Xi supposedly knows is that the Chinese people have “a very strong will to have carbon-neutral power”.
Er, they do?
.
Or course, it suits Forrest very much to believe this because he’s now touting green hydrogen, a fuel he reckons he can develop to power “the next great industrial revolution”. That, not incidentally, could turn Forrest’s billions into trillions, particularly if China is his customer.
.
But the reality is very different. It seems what the Chinese want much more than “carbon-neutral power” is heating for their homes.
.
There have been mass blackouts, particularly in the colder north, and China’s premier freaked, ordering officials on October 1 to “promote coal mines” and “promote the entry of all coal-fired power generation electricity” to “ensure the people’s livelihood and heating energy in winter”.
.
China already emits more greenhouse gases than the whole developed world combined, and now will emit even more.
But in the alternative reality of Andrew Forrest, China “is leading in the renewable sector” and “wanting a sustainable future”.
.
In that alternative reality, Forrest is our big saviour. He is plastering signage over the global warming conference in Glasgow next week advertising that he’s the bloke with the green hydrogen to save the planet. This is the green fuel that Prime Minister Scott Morrison – too scared to argue for nuclear energy – is touting, too, as one of the magical ways Australia will reach net-zero emissions by 2050.
.
In fact, this technology is hugely expensive and no one can be sure how good it could be. It involves making hydrogen from water, using vast numbers of solar panels and wind farms carpeting whole landscapes. What’s more, hydrogen is highly explosive and very light, making it hard to use in existing appliances and much harder to transport.
.
But Forrest sells it as a sure thing, and doesn’t want us to even dream of using nuclear power instead, even though it’s a zero emissions technology which we know at least works. Just look at France.
.
No, no, no, we can’t buy uranium Coke when we could have Forrest’s Pepsi! And Forrest dreams up wild reasons why not.
.
“I don’t think it’s necessary,” he blustered on Sky News. Processing uranium for electricity would mean “enrichment towards the weapons grade”, and, sure, “it will lead to a clean world, but I think it’s a pretty dangerous world”.
.
Like I say, this bloke will say anything when there’s a fortune to be made. And he’s prone to mistaking what benefits him for what benefits you.
They’ll promise you anything, these global warming prophets and profiteers. Make sure the hand in your hip pocket is your own.
.
1/ Andrew Forrest will say anything when there’s a fortune to be made. Picture: Gaye Gerard