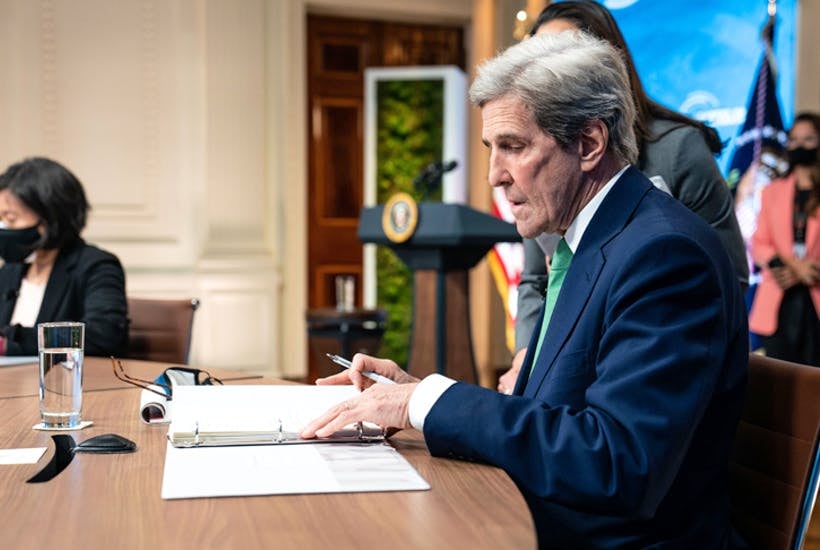 ‘Net zero emissions’ are only the beginning. A similar sleight of hand is occurring with the Wuhan virus, where we’re assured that on attaining some constantly changing target, freedom will be restored. But whenever the dictators see power slipping away, they are tempted to find, ‘on medical advice’, good reason to continue our imprisonment.
.
‘Net zero’ was always a bridge too far. There was never any justification for the massive damage the politicians had already imposed by replacing one of the world’s cheapest and most reliable electricity systems with one of the most expensive. As the Chief Scientist reluctantly concedes, closing Australia down won’t change the temperature.
.
O’Sullivan’s law warns any entity not expressly right-wing will, over time, become left-wing. This is the intended result of the Marxist takeover of education. Add a crucial finding by American constitutionalist and high-rating broadcaster, Mark Levin, in American Marxism. This is about the Marxist strategy, disguised as ‘progressive’ or some other innocuous name, to invent a succession of theories, dogmas. phrases and terminologies – e.g., critical race theory, or gender fluidity.
These are designed to demoralise the public and undermine confidence in the nation’s institutions, traditions and customs. These invariably flow on to Australia. So despite the fact that the earth has not warmed for several years, every pet shop galah is now talking about ‘the climate emergency’. Even the Business Council of Australia now demands Australia double its 2030 emissions reduction target to achieve net zero by 2050, with carpetbagger attractions in carbon offsets and, no doubt, massive subsidies.
.
The proposal is predictably based on ‘modelling’, a tactic of the elites to provide cover for what is no more than tosh. As the celebrated statistician, Professor Box, famously said, ‘All models are wrong’. Even if the politicians are treacherous enough to sign the national suicide note for net zero emissions, Biden’s presidential envoy for climate, John Kerry, has spilt the beans.
.
This was when he was not flying between his several mansions on his private jet, increasing his already gargantuan carbon dioxide footprint. His insane admission should worry even warmists: ‘But even if we get to net zero, we still have to get carbon dioxide out of the atmosphere’.
.
When they’re not talking about ‘climate emergency’, the pet shop galahs are going on about our Federation unravelling and the premiers being the nation’s most powerful people. Twaddle. As explained here, the dictatorial behaviour of the premiers dates back to the National Cabinet’s foolish rejection of world’s best practice in favour of the communist solution to the pandemic, a police-state lockdown. This could only have proceeded, with the PM, who has sufficient power to block any of the lockdowns, underwriting them all. He even walked out of the case concerning border closures, leaving Clive Palmer to fight it alone. The fact is, the premiers are able to behave like dictators because the Prime Minister lets them. Mandated vaccinations, which the PM openly disapproves of, are clearly beyond Canberra’s constitutional powers.
.
To the extent that the states are using subordinate legislation by some minister or bureaucrat under the authority of public health legislation to mandate vaccinations, most are arguably invalid. It would always be open to the Prime Minister to override these either under the Biosecurity Act, or through an amendment indicating the Commonwealth intends to exclude any authority remaining in the states in relation to the quarantine power in section 51(ix) of the Constitution.
.
Among our politicians are a handful who truly exercise what the great Edmund Burke said is the reason we elect them – their judgement. One such, the Reverend Fred Nile, introduced a NSW bill back in February to make employers responsible for any damage suffered from vaccinations they require, surely a correct principle.
.
Mandating experimental vaccinations, the NSW government has been hoist on its own petard. Little wonder the Berejiklian team shamelessly resorted to a technicality to block sittings of the upper house. In the face of this outrage, why were the media silent?
.
Everybody makes mistakes and Alfred Nobel was no exception. He left the award of the Peace Prize to politicians, in this case Norwegian. The problem with politicians is their decisions can be affected by completely irrelevant politics.
At least they have learned something since 2001, when John Howard should have received the Peace Prize for the liberation of East Timor. But because of the Tampa Affair, where a Norwegian ship was hijacked by ‘refugees’ in an attempt to force the hand of the Australian government, the Committee instead awarded the Prize to the United Nations and its Secretary-General Kofi Annan whose record clearly militated against this.
.
There was a clear winner for the 2021 Prize, Donald Trump and not only for the remarkable Abraham Accords but also for his many other achievements around the world. At least this time apparently deserving fighters for press freedom shared the prize.
.
In April last year, I concluded here that there was sufficient evidence the Wuhan virus came from a laboratory and not a wet market and that Beijing had deliberately allowed millions across the world to be infected, with many deaths. This has been confirmed in Sharri Markson’s superb book, What really happened in Wuhan. The matters still outstanding are recovering damages and whether the release was deliberate. In discussing the latter in the book, respected dissident,Wei Jingsheng, says such a possibility always exists and Xi would be the most likely culprit.
.
As to damages, I remain of the view that an ad hoc tribunal should have been set up with the US to rule on this. We may have to wait for the re-election of Donald Trump, the possibility of which is outraging those many in the commentariat whose preferred candidate was Joe Biden. Are they not horrified by their appalling choice?
.
Disclosure of interest: As an authorised nominator, I co-ordinated the Nobel nominations of both John Howard and Donald Trump.