Fraudci: “I am the science”

@PremierScottMoe
10% of US kids now reporting immediate adverse events after pfizer. Cant blame a ?new? Variant yet. If this does not instigate war…question if IQs are extinct. https://t.co/MvAMUoxj7f

As could be expected, one corrupt minor party stooge took the money & made comrade Dan  the supreme ruler of Melbournistan & Victoria.

When asked why the opposition weren’t consulted on the pandemic Bill, Premier @DanielAndrewsMP says: “the opposition are far too busy standing out the front of the building with extremists.” #springst @theheraldsun pic.twitter.com/hKAk4vh3aj 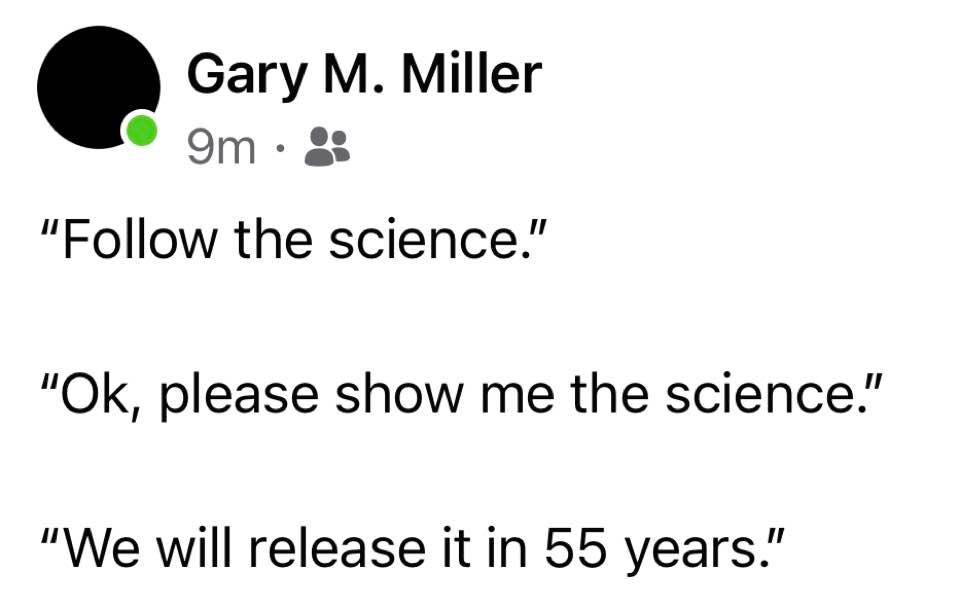 Mainstream media are a JOKE

Spreading misinformation about size of the #MillionsMarch crowd

I say Tens of Thousands standing up for Freedom