They gave up everything to get to Europe. Now hundreds are being sent home

Bruzgi-Kuźnica border region, Belarus (CNN)Iraqi migrants who traveled to Belarus in recent weeks, spending their life savings on airfare and waiting in limbo in freezing makeshift camps in the hopes of crossing into Europe, are now being sent back home. 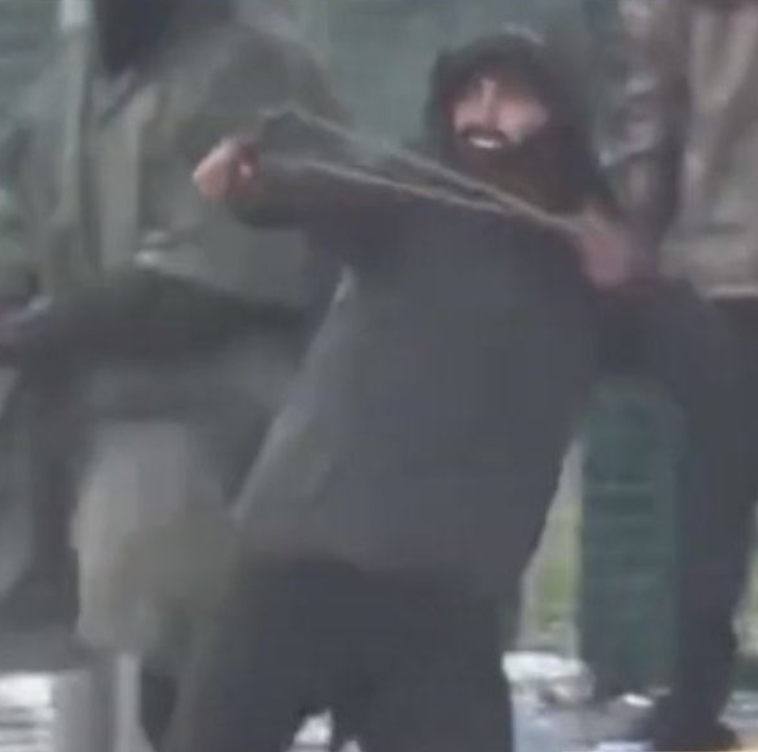 Yousef clutches a crucifix (no shiite)

This is typical Al Jazeera BS. But why would a Mohammedan not pretend to be a Christian to gain entry to the EU?

The European Commission has described Lukashenko’s strategy of luring migrants and refugees to the border with false promises of safe passage to the EU as an “inhuman, gangster-style approach”. The border crisis has led to at least nine deaths with the discovery of the body of a young Syrian manon Saturday, but numbers are likely higher according to humanitarian workers.

Poland’s response has been to create a state of emergency in the region, with an exclusion zone protected by 13,000 soldiers and border police. Since Poland’s ruling right-wing Law and Justice party came to power in 2015 it has pursued a tough anti-immigration stance.

Poland Explains How to Deal With Illegal Immigration

Did Mutti Cut a Deal With Lukashenko? 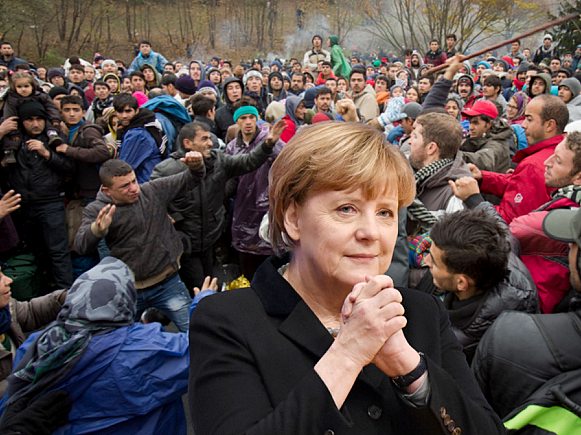 The crisis at the border between Poland and Belarus is not about the illegal migrants who are trying to get into the European Union.

Or rather: that’s what it’s about for the globalists and the NGOs who are funding and facilitating the transport of migrants to Minsk and thence to the border with Poland. That’s what those Soros-backed organizations want, and they’re paying to make it happen.

However, that’s not what’s causing the crisis. For the past couple of months I’ve been studying the data points on recent events, and it seems clear that the crisis is about the nearly-completed Nord Stream 2 natural gas pipeline that runs from Vyborg in Russia to Lubmin in northern Germany.

Alexander Lukashenko has been president of Belarus for twenty-seven years, since the office of the presidency was first established after the country became independent. He can only continue to hold that position with the permission and support of Russian President Vladimir Putin. We may therefore assume that Mr. Lukashenko is doing nothing vis-à-vis the migrants without the approval of Mr. Putin, and perhaps even at the latter’s behest. Belarus has nothing to gain by its hostile and provocative behavior towards Poland, so it seems clear that there are larger issues at stake, ones that bear upon policies emanating from Moscow.

Nord Stream 2 is a project of Gazprom, the Russian state energy company, and has been under construction for almost a decade. From the very beginning it was clear the pipeline was intended to give Russia significantly more leverage over the former Soviet Republics and Warsaw Pact states in Central and Eastern Europe. Russia remains the primary source for natural gas consumed by Western Europe. The current pipeline runs through Ukraine and Poland to Germany, where it is distributed to other countries in Western Europe. As a result, Russia is unable to discipline Ukraine, Poland, and Hungary by cutting off their gas supplies without hurting its more compliant customers further west.

Nord Stream 2 is intended to change that dynamic. Once the spigot under the Baltic is open, Mr. Putin can make Poland and Ukraine freeze whenever he feels like it without causing Germany any difficulties.

Russia successfully induced the Biden administration to waive sanctions against the new pipeline, but those aren’t the only issues that irritate Moscow (for example, the measures put in place by Washington to mitigate the new pipeline’s economic damageto Ukraine and Poland).

Pushing the migrants from Belarus into Poland was simply one weapon in President Putin’s arsenal to bend the European Union to his will. He is an intelligent man, and has no doubt closely observed events in Western Europe since the summer of 2015. He will have realized that the issue of migration is the Achilles’ heel of the European Union, and particularly Germany. It is a weapon against which the West has virtually no defense. As soon as the Puir Wee Bairns appear for their photo ops at the razor-wire fences, the media frenzy commences and the battle is essentially over.

There have been signs in recent days that the EU is ready to capitulate. Several days ago Turkey announced that it would no longer allow citizens of Iraq, Syria, and Yemen to fly from its territory to Minsk. The next day the Belarusian state airline, Belavia, announced that the same nationalities would no longer be allowed to fly on its aircraft.

Why were those decisions made in close succession? Why terminate what was obviously a lucrative business for all concerned? The only plausible answer is: orders from above. The “refugees” are cannon fodder for Russia’s hybrid war with the EU, and enough of the culture-enriching troops have been assembled at the border to successfully conclude the operation.

Further data points: Belarus has shut down one of its transmission lines for electricity to Poland, ostensibly for “planned maintenance”. At the same time it experienced technical difficulties with a nuclear reactor, and cut off electricity to another line that supplies Ukraine.

Does anyone think that all these things are coincidences? Or that Alexander Lukashenko is engineering these crises on his own?

Several days ago I remarked to various participants in one of our skype groups that it looked like a deal was about to be cut between the European Union and Russia, with Belarus as the cutout. Vladimir Putin is an extremely shrewd player of political chess, and is always three or four moves ahead of his opponents. That’s how he is able to take Sun Tzu’s advice and win wars without ever unsheathing his sword.

The report below about Chancellor Angela Merkel’s conversation with Alexander Lukashenko provides yet another data point. I’ll go out on a limb here and say that I think a deal is about to be cut. The migrant theater at the border will continue for a few more weeks, which is where all the media’s attention will be focused. Then it will gradually abate, and when the smoke has cleared, somehow Vladimir Putin will be all smiles after achieving his major objectives.