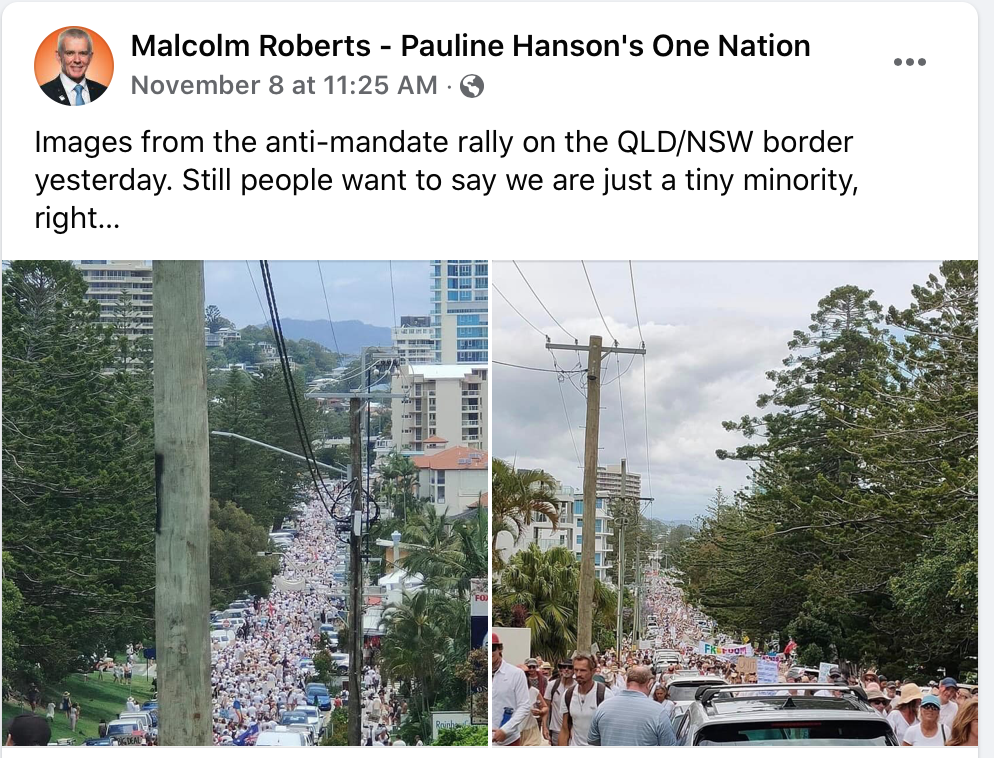 I thought we’re ALL equal before God, Queen & Country

I thought we had to love thy neighbour

I thought we had to be Good Samaritans

I thought we had to embrace & welcome EVERYONE

Scott Morrison now cannot travel through the country he governs. The Prime Minister is a prisoner in Canberra and his political fortunes in the run up to the next election will rise and fall on the whims of premiers and chief ministers. He could return to Sydney but that would mean being trapped in a lockdown that shows no sign of ending. With the ACT deemed a hotspot by every other jurisdiction, he cannot travel interstate without running the gauntlet of a rats’ nest of restrictions. These are likely to persist until Christmas, but could last well into next year. The Prime Minister is a prisoner in his own capital.

Even his movements within a territory constitutionally contrived to exist solely for the purpose of housing federal Parliament are being limited by the orders of that jurisdiction’s Chief Health Officer. This last indignity is the final act in Australia’s Theatre of the Absurd. The ACT government has no power to decide whether federal Parliament can sit but, if it has its way, will stop next week’s sitting. But Morrison accedes to every excess because he is convinced that he cannot win a head-to-head battle with a state leader. He is probably right. So conditioned by fear are Australians to accepting the notion that COVID-19 is equivalent to the plague, the majority have learned to love Big Brother and hate dissenters. You might call it a form of Stockholm syndrome, except that Sweden chose another path. Here, of course, the cognoscenti decried it as a failure because over 14,000 died of the disease. But how are we defining success? In worldwide mortality charts Sweden does no worse than some nations that enforced swingeing restrictions, while our pursuit of the fool’s errand of COVID Zero has seen us level every liberty, destroy educations and livelihoods and shut ourselves off from the world. As noted here before, it took us 230 years, but we finally managed to perfect the prison colony. We have even invented a perverse new “Covese” lexicon where “freedoms” are not rights, but gifts bestowed by premiers and where the police complain of “illegal family gatherings”.

Among the most depressing aspects of this supine acceptance of rank authoritarianism is the role of the media. Much of it has become a cheer squad for the blunt instrument of lockdowns and a moral hall monitor that polices thought crimes. The same organs that ritually hyperventilate about the detention of asylum seekers are the loudest voices in advocating imprisoning entire states.

This column noted at the outset of this crisis that one day we would debate which was worse – the disease or the cure. It has argued that we should not have reversed the historic balance of interests to favour the old over the young. It has said politicians should not outsource their decision-making to doctors and that there is such a thing as bad expert advice. These are clearly not popular ideas, but they are arguments we need to have. If some had their way, voicing them would also be banned. Advertisement Some lockdown fetishists appear to be planning to make shutdowns a lifestyle. There are sage warnings from “experts” not to pin our hopes of liberation on high rates of vaccination, for their perfect future to be realised restrictions must be as endemic as the disease. ANOTHER PERSPECTIVE NSW Premier Gladys Berejiklian says employers have the right to mandate vaccination. Opinion Coronavirus pandemic Blame the lockdown on business urgers trying to wish the virus away Ross Gittins Ross Gittins Economics Editor This is Wuhan syndrome.

The Economist has noted that the only countries persisting with a COVID elimination strategy are islands and dictatorships. We are now both. If this group of first ministers and their medical advisers had been running the response to the 1666 plague, a genuinely terrifying disease, it’s a fair bet that we would still be bouncing in and out of lockdown. In a piece of performance art, the Delta variant has now landed in the ground zero of Wuhan. There it is reported that Zhang Wenhong, the leading Chinese government epidemiologist, is beginning to question the wisdom of the brutal lockdown cure his nation exported with the disease. “The world needs to learn how to coexist with this virus,” Dr Zhang wrote. “What is really difficult is whether we can have the wisdom to coexist with the pandemic in the long run.” We don’t have that wisdom; we will learn though painful experience. Morrison’s powerlessness runs far deeper than just the limitation on his freedom of movement because it is the premiers who will decide how Australia charts its course out of this crisis. Who actually believed that they would interpret the vaccination road map in the same way? More bone-deep damage to the federation is in store because they are now at very different stages of coming to the inevitable conclusion that learning to live with an endemic disease means accepting COVID Zero is not an option. There is no risk-free dismount, the only way out is through vaccination and exposure. But we can’t keep doing what we are doing. As Lucius Annaeus Seneca noted 2000 years ago: “Errare humanum est, sed perseverare diabolicum.” To err is human, but to persist is diabolical.