The Czech government is ending COVID vaccine mandates to avoid ‘deepening fissures’ in society. The news was delivered by Prime Minister Petr Fiala at a press conference on Wednesday.

They got the message:

Massive protests rocked the previous government, which ordered COVID-19 vaccinations for hospital and nursing home staff, police, soldiers and some other professions, any anyone over age 60. 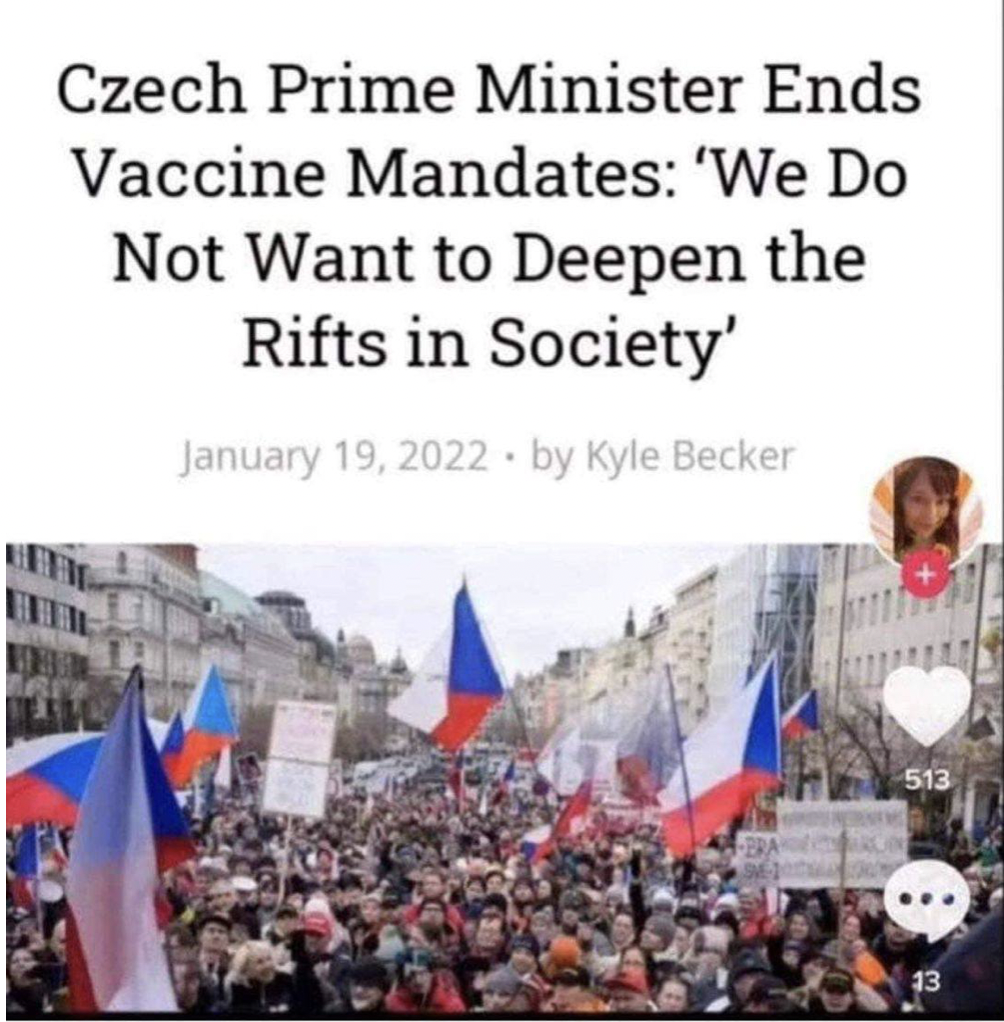 While the UK and even Germany at least make noises about winding down the totalitarian mRNA injection policies, Canada and Australia are ramping up their mandates.

Those fully vaccinated against COVID-19 make up the lion’s share of people currently hospitalized with the virus in most provinces across Canada.

Pro-vaxx government propaganda gets creepier and creepier. In this one, childhood heart disease is normalized. Cause yeah! Kids always had heart attacks! Right?

More than one in four Canadians support jail time for the unvaccinated, poll finds

thanks to Vlad Tepes

In the Maru poll, 27 per cent of respondents say it would be OK to jail the unvaccinated for up to five days

Many Canadians are in favour of harsh punishments for the unvaccinated, with 37 per cent saying in a new poll it would be acceptable to deny them publicly-funded health care — and 27 per cent that it would be OK to go as far as a short jail sentence. “A majority of Canadians have little sympathy for the unvaccinated,” said John Wright, executive vice-president of Maru Public Opinion, which conducted the poll on Jan. 14 and 15.

Florida’s Roadmap to Living with Covid

The fork in the road could not offer options that are more starkly different. We can continue down the path of tyranny, dysfunction, and decline under Democrat rule, or we can put common sense countermoonbats like Ron DeSantis in a position to get the country back on track. Consider Covid: on one hand, surreal extremes of senseless tyranny that have crippled economies while doing nothing to mitigate the disease; on the other, the state the liberal media commands us to fear and loathe, Florida:

Florida’s Roadmap to Living with Covid

The options were never freedom with Covid or repression without Covid. We get Covid either way.

They scared the public into giving up liberty. If we reverse course quickly, there is a chance we can get most of it back before the next crisis is presented.

“We’re now facing economic situations that are worse than if we’d had an actual lockdown,” said economist Jim Stanford. 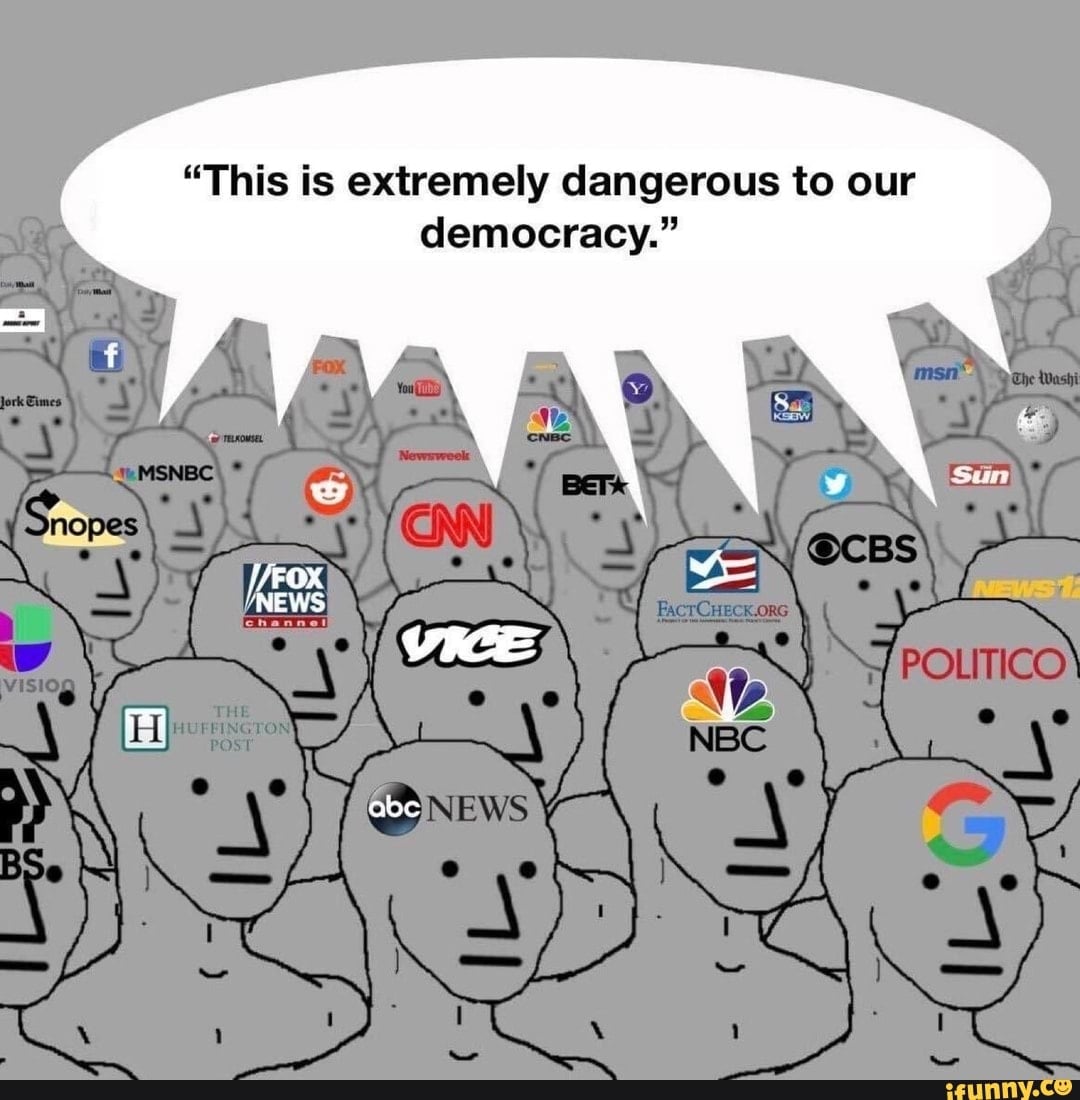 The Salt Lake City newspaper wants the Utah national guard to not allow unvaccinated people to leave their homes. This is mindless, anti-science insanity — omicron is infecting everyone — but these “journalists” are demanding totalitarianism. And they think they’re the good guys. pic.twitter.com/BYoskGNQ5R