The Victorian Electoral Commission has some explaining to do. Their sinister attempt to intimidate Andrew Bogut is reminiscent of the type of antics you’d expect in a despotic hellhole, not the state of Victoria… 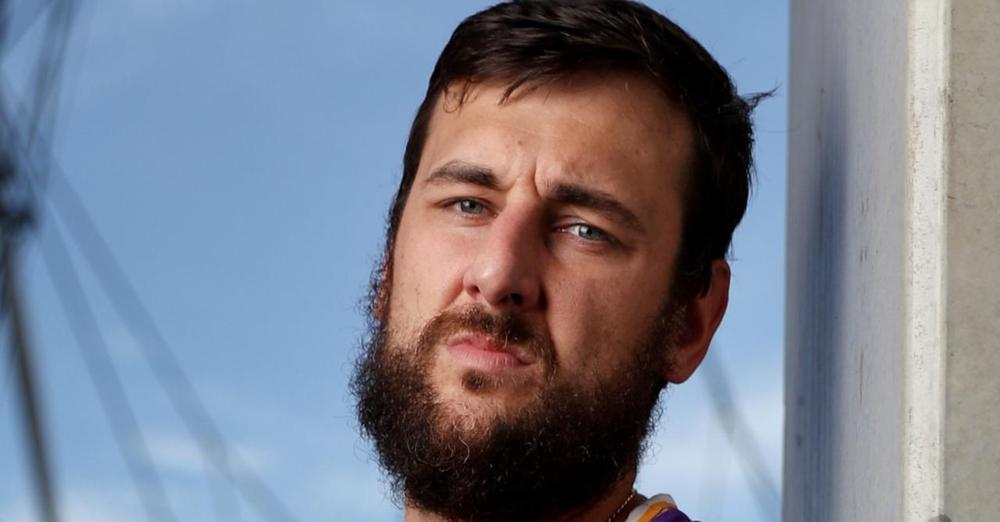 Bogut gag attempt shows VEC’s sinister overreach
The Victorian Electoral Commission has some explaining to do. Their sinister attempt to intimidate Andrew Bogut is reminiscent of the type of antics you’d expect in a despotic hellhole, not the state of Victoria.
.
More below the fold.
. 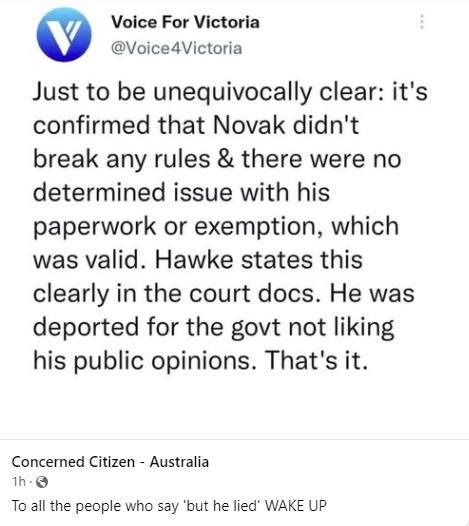 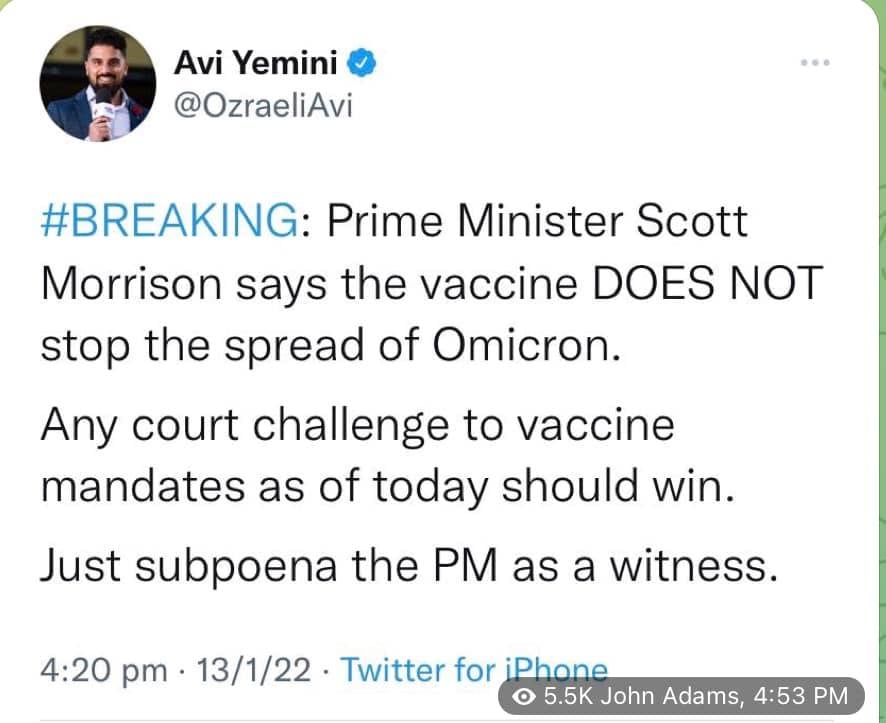 Dr. Peter McCullough Reveals the Six Things Everyone Should Have in Their ‘Over-the-Counter Toolbox’

Rumble — There are certain doctors who are blowing the whistle on the ways our government has handled Covid-19. It seems that the only advice coming out of DC or otherwise is to get vaccinated. Any treatments or preventative measures are either ignored or outright discouraged. Everyone remembers the false notion that Ivermectin is just a “horse dewormer” despite the fact that it has been used by humans since long before Covid-19 ever existed.

One doctor who is spreading the truth is Dr. Peter McCullough. He has been censored and attacked for doing so. He has taken considerable losses for his adherence to the truth, but he persists. I was blessed to have him on my show. Among many other important topics, he discussed the six things everyone should have on hand as Omicron spreads.

As a very clear disclaimer, we are NOT recommending the following nutraceuticals as “treatments” for Covid-19. You’ll need to consult your doctor for that. But all of these have demonstrated efficacy in fighting or preventing the disease, particularly Omicron. It would also behoove us all for me to mention that four of the six items listed by Dr. McCullough are available through Dr. Zev Zelenko’s Z-Stack protocol. Use promo code “Freedom” if you do decide to purchase it. I take it daily myself.

With that said, here is what Dr. McCullough had to say about the six things to keep in your medical toolbox:

“So that over-the-counter list, if there was a shopping list if people were going to, in a sense, ‘brace themselves’ for Omicron, which it looks like it’s going to hit everybody.”

He then went on to describe the prescription drugs that many are taking to treat Covid-19 such as Hydroxychloroquine and Ivermectin, among others.

This intriguing interview is a must-listen for anyone who wants to know how things are going with Omicron and what to expect in the future.

Threatening to fine a private citizen for sharing their political beliefs is dangerous overreach. The former NBA star is perfectly entitled to criticise elected officials and post videos encouraging his social media followers to vote out underperforming MPs.

Bogut has said that athletes are being muzzled about sharing their views against the government.

“Athletes have been told ‘you are not to make anti-lockdown, anti-government statements on social media, period … because it affects our league staying open and you getting a salary’,” he said.

A VEC spokeswoman said any posts shared by Bogut relating to electoral matters must carry authorisation under the law.

VEC spokeswoman Ruth Murphy said any individual who posted critical comments that related to “electoral matters” without “an authorisation as required by law” could face penalties of up to $26,640. But Bogut is not running for office or speaking on behalf of any political party.

“It’s absolutely astonishing, the VEC is guilty of constitutional drivel, in this country we have freedom of political communication and there is no doubt this is squarely in there,” he said.

“That is absolutely absurd, so you have to ask the question why has Andrew Bogut been singled out.

“It’s interesting that no one has been singled out with the opposite point of view. I think the electoral commissioner is guilty of vast overreach and he should retreat as quickly as decently as possible.”

If the VEC was being consistent they’d be sending threatening notices to tens of thousands of other Victorians who have similarly shared their views including columnists and commentators.

Wonder if I’ll be receiving an official caution from the VEC.