No,’97% of Scientists Do Not Agree on Manmade Global Warming’ 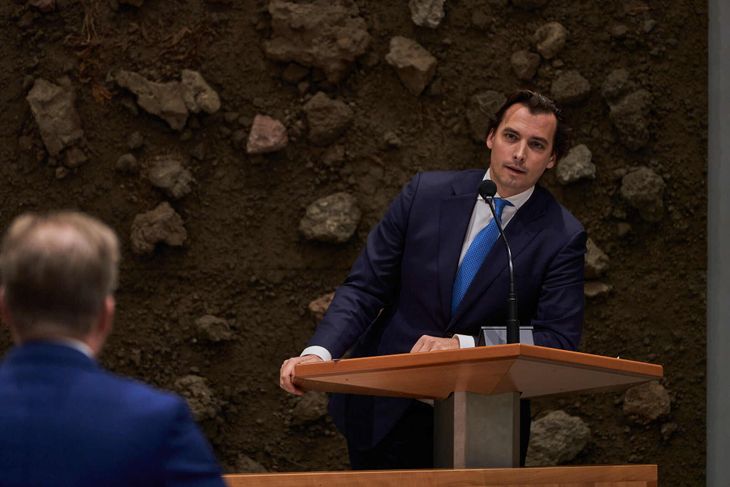 Climate policies promoted and imposed by Team Biden will be lethal for people and the planet.

They are based on junk science, headline-grabbing scare stories, and computer climate models that create far-fetched “scenarios” claiming fossil fuel use will cause Earth to warm by 4 degrees C (7°F) over the next 80 years, while the warming Arctic will bring colder winters.

Those dire predictions are used to justify more taxpayer-funded “research,” like a recent Columbia University “mortality cost of carbon” study that says 83 million people (the population of Germany) “could be killed” this century by those rising planetary temperatures.

Therefore we must take “immediate action” to “transform” our energy and economic systems, and replace oil, gas, and coal with (millions of) wind turbines and (billions of) solar panels and backup batteries.

That would require mining on scales unprecedented in human history, much of it by slave and child laborers, and nearly all using fossil fuels – causing massive habitat and wildlife losses, air and water pollution, and horrific human health and safety problems.

But since most of the mining, ore processing, and manufacturing will occur in other countries, far from the USA, politicians, and climateers can say this “alternative energy” is clean and green.

Even worse, climate policies cause widespread “energy poverty” – energy prices rising above families’ ability to stay adequately warm (or cool) at a reasonable cost, given their incomes. That means people die.

Modern housing and energy systems enable people to adapt to and survive even extreme heat and cold – even in Antarctica, which recently had the coldest winter temperatures ever recorded: -61? C (-78? F).

However, adaptation and survival are much more difficult when government policies make it hard to heat or cool homes properly amid joblessness, inflation, and soaring oil, natural gas, coal, and electricity prices.

Indeed, it is often on the coldest and hottest days and nights, when heating or cooling is most essential, that winds blow at inadequate speeds to turn turbine blades and/or the sun shines with inadequate intensity on solar panels, to generate electricity.

They would necessitate installing charging stations for electric cars, upgrading home and neighborhood electrical systems to 220 volts, and having battery “power walls” for backup power during increasingly frequent blackouts.

All this would cost trillions of dollars, with families and small businesses bearing the brunt.

Contrary to the global warming “research,” far more people die in cold weather than in hot summers. In the United States and Canada, cold causes 45 times more deaths per year than heat: 113,000 from cold versus 2,500 from heat.

Worldwide, with air conditioning far less available in already hot countries than in the United States, some 1,700,000 people die annually from cold versus 300,000 from heat.

Young children, older people, those with preexisting health conditions, and other vulnerable groups are especially susceptible to hypothermia, illness, and death.

Between 1990 and 2014, researchers estimated,30,000 to 40,000 people died each year who would not have perished if their homes hadn’t been so cold. U.S. studies reach similar conclusions.

Adjusting for population, but not for colder winter temperatures in much of the USA (versus England and Wales), this is equivalent to some 170,000 to 230,000 excess winter deaths per year in the United States.

In 2019, 344,000 German families had their electricity cut off because they couldn’t pay their power bills.

Global demand for gas and coal surged as the world recovered from Covid – but Britain and Europe banned fracking for gas in their enormous shale deposits, Germany is shutting down its nuclear plants, Russia is playing politics with gas deliveries, and UK and EU wind turbines generated far less electricity in 2021 (way below their supposed “capacity”) due to unfavorable winds.

No wonder 65% of United Kingdom renters are struggling this year to pay their energy bills, 25% of Scots live in energy poverty, and 400,000 more UK householdsare on the brink of losing their gas and electricity provider before Christmas. Excess winter death tolls will likely set new records.

Similar disasters could hammer America, as the Biden Administration stymies leasing, drilling, fracking, and pipelines. Just consider how those policies could exacerbate health risks in hospitals.

At 13¢ per kilowatt-hour (average US business rate) a 650,000-square-foot hospital building would pay about $2.5 million annually for electricity.

Consider too that one-third of American families already had difficulty six years ago adequately heating and cooling their homes, and one-fifth of U.S. households had to reduce or forego food, medicine, and other necessities to pay their energy bills.

Even before COVID, low-income, Black, Hispanic, and Native American families were spending a greater portion of their incomes on energy than average households.

Impacts on hard-pressed working families and people on fixed incomes would be just as serious, harmful, and disproportionate, as they too spend a greater portion of their limited incomes on energy.

Job destruction, energy poverty, illness, and deaths would increase dramatically under anti-fossil-fuel policies mandated and imposed by the Biden Administration and fellow Democrats – in the name of fairness, equity, and climate justice.

Those policies would also make America’s energy, economy, national security, and foreign policy increasingly dependent on China, in an increasingly dangerous world, because China controls most of the metals and minerals required by the “green” nation they envision.

This is the real climate crisis. The ecological destruction and human death tolls should shock all of us.

They aren’t due to climate changes that are mostly natural, weather events that are no more frequent or extreme than over the previous century, or man-made global warming that exists almost solely in computer models that rely on junk-science greenhouse-gas hypotheses.

The real climate crisis is due to policies that are being rammed through on the basis of false premises, fearmongering, and intolerance for fossil fuels.

Congress, courts, governors, state legislatures, journalists, and voters need to fully, carefully, and honestly consider the effects of proposed “green” energy policies on our economy, jobs, families’ health and well-being, and the overall quality of the total human environment.

Paul Driessen is the senior policy analyst for the Committee For A Constructive Tomorrow (www.CFACT.org) and author of books and articles on energy, environment, climate, and human rights issues.

One thought on “Climate Racketeering: almost as profitable as the vaccination racket”