On Monday night Project Veritas released their latest investigation and it was a BOMBSHELL! Project Vertias released never before seen military documents regarding the origins of Covid-19, gain-of-function research, vaccines, potential treatments and the government’s effort to conceal everything. 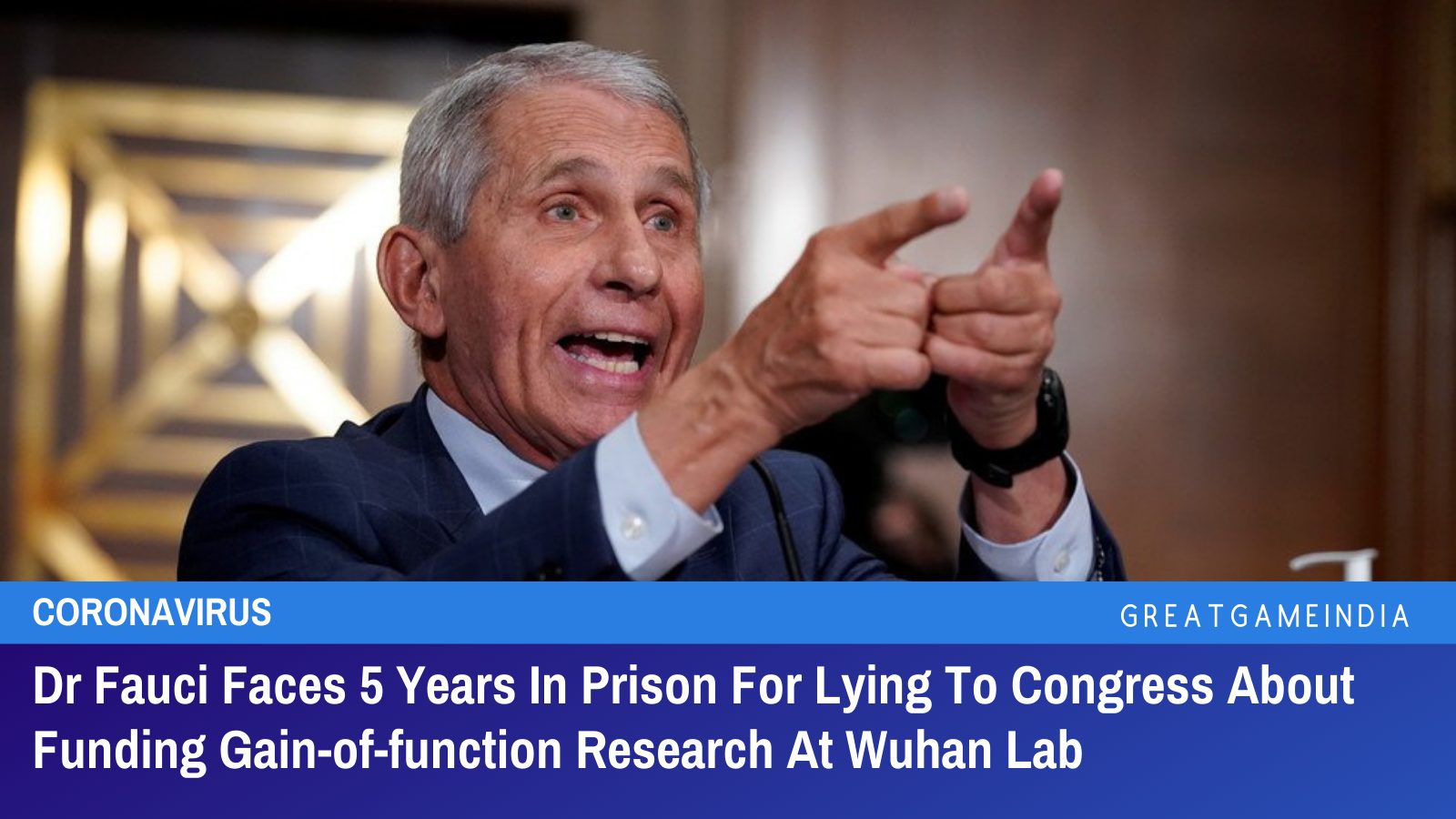 ‘If the Department of Defense felt this [gain-of-function] research was too dangerous to proceed with, why in the world did the NIH, NIAID and EcoHealth Alliance recklessly disregard the risks involved?’ O’Keefe asked his viewers.

Again, its important to read Kennedy’s book on Fauci. The chapters on HCQ and Ivermectin tells is so much about how government agencies now work. Fauci is guilty of crimes against humanity if these claims are correct, and every doctor who treats Covid patients with Ivermectin and HCQ will tell you they work.

Trying to make crimes against humanity as enticing as possible for children, they have converted an aircraft into an injection site for the wee bairns.

Senator Dr. Rand Paul confronted Dr. Anthony Fauci and they got into a heated exchange during a Senate committee hearing on COVID-19.

Senator Paul confronted Fauci about his efforts to manipulate science based on his political ideology.   Dr. Fauci pulled the first line of leftist retort, become a victim, and replied that Senator Paul was trying to get him killed.

Dr. Fauci’s extremely partisan political views form the basis of his ¹instability.  Suffering from extreme delusions of grandeur and enabled by a group of leftist sycophants in politics, media and Hollywood, Fauci has a severely inflated view of his importance, while simultaneously carrying a fear of being exposed as the fraud he is.  The defensive pearl-clutching is a big tell.  WATCH:

END_OF_DOCUMENT_TOKEN_TO_BE_REPLACED

On Tuesday morning Dr. Robert Malone, the inventor of the mRNA vaccine, and Dr. Naomi Wolf, a former Clinton adviser and democracy activist, joined Steve Bannon on The War Room to respond to the Project Veritas bombshell.

Dr. Malone called it “bigger than the Pentagon Papers.”

Dr. Wolf called it “manslaughter of millions of people coordinated at the highest levels.”
Boom!

Naomi Wolf: The fact that Dr. Fauci grossly perjured himself is hugely apparant. It is the least of the crimes if indeed these are verified documents… I can’t overstate this, this is a premeditated kind of manslaughter of millions of people coordinated at the highest levels according to these documents. Treatments that would have saved lives were intentionally or reportedly intentionally suppressed.

Via The War Room:

4 thoughts on “Fraudci is guilty of crimes against humanity”