If you do, the state will not protect you. You will be fined like Brigitte Bardot, you will have to go into hiding, or you will get your head cut off by a devout Moslem. 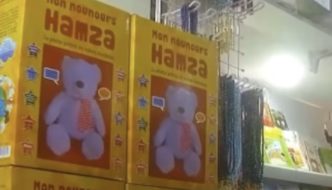 Antifa? Don’t be fooled. They have the full support of the socialist establishment that hides behind “plausible deniability”.

Documentary on Islam in a French City Leads to Death Threats

On January 23, a documentary on Islam in the town of Roubaix, in northern France, was broadcast on the program “Zone Interdite” (“Restricted Zone”). That documentary has had a major impact in the country, prompting much discussion of how Muslims are violating with impunity the laws of the Republic.

Another misguided effort led by clueless dolts. But any reality based assessment of Islam is rejected by the French establishment.

France: Politician indicted for criticizing Islamization of the country 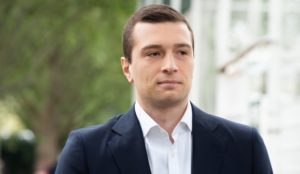 “I received the notification of the indictment when I got home yesterday.“ Jordan Bardella announced this at the microphone of Europe 1 this Wednesday, February 2. The acting president of the National Rally (RN) was indicted after remarks made in October 2021 about Trappes, in the Yvelines. He is criticized for comparing the municipality to an “Islamic Republic.” Faced with journalist Sonia Mabrouk, Jordan Bardella declared: “I regret that French justice is pursuing the same goal today as the Islamists, namely to silence those who denounce reality and those who refuse to see the transformation of countless neighborhoods in France.”

Still on Europe 1, the RN MEP recalled that his indictment came at a “period when we learn that journalists (from M6, editor’s note) and a resident of Roubaix (lawyer Amine Elbahi, who testified on M6, editor’s note), were placed under police protection.” And this because they had “described the reality and shown the progression of Islamism in the city of Roubaix,” through a survey of “Forbidden Zone” on Islamism broadcast on M6, Sunday, January 23.

A request for “trusteeship” of Trappes

In October 2021, in a press release, Jordan Bardella had indeed reacted to the re-election of the mayor of Trappes, Ali Rabeh, who “acts the stranglehold of Islamism on the city of Trappes,” according to him. Ali Rabeh had just been re-elected, after a first election, in March 2020, which had been canceled by the Council of State after offenses committed during the ballot. A victory that Jordan Bardella had likened to the “constitution of Islamic Republics in miniature.” He finally called, in his press release, to “interrupt this conquest of our territories” and to “put under supervision by the State” of Trappes.