If you still don’t get it you are delusional. The climate racket & Covid have turned our once liberal, free democracies into tyrannical banana republics. Our rulers have no intention to relinquish their excessive powers anytime soon. 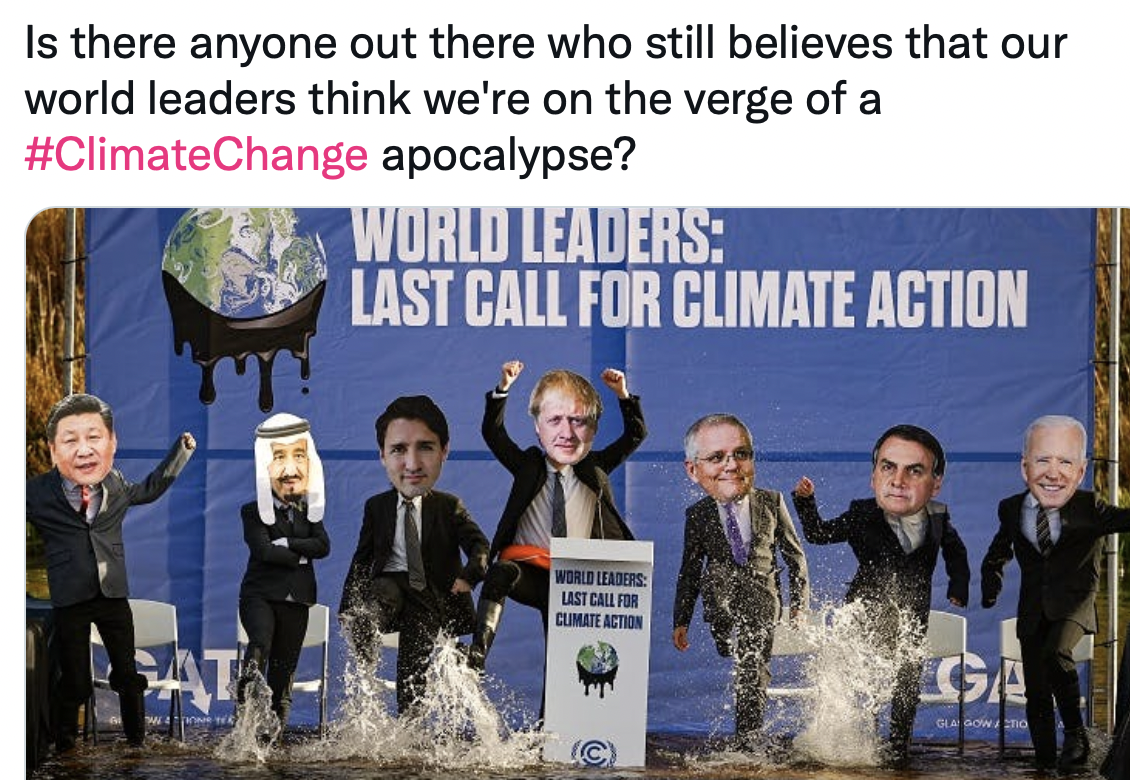 Is anyone bothering to calculate the ‘carbon-cost’ of war?

Does anyone still buy the headline that our world leaders believe we’re on the verge of a climate apocalypse?

The planet-ending justification for climate policy, green tax, and the outright theft of private farmland from citizens has been rubbished in recent weeks by the Ukraine-Russia war. If it is too dangerous for the planet’s survival to allow the working class access to Utes and 4WDs for work, how can it be acceptable for Russian President Vladimir Putin to burn Ukraine’s cities to the ground?

What is the Carbon price tag on wars of conquest – and where are the offset Carbon credits coming from?

Forget Europe’s complex internal and historical politics for a moment, the Extinction Rebellion generation of climate activists almost unanimously support using lethal force in the form of guns, tanks, planes, and bombs to fend off the Russian invasion.

Which is fine, but the only reason that Ukraine has any of these Carbon-intensive, fossil-fuel armaments is because they didn’t listen to climate activists who were – only months ago – firm believers in ‘hugging it out’.

The United Nations, also known as the High Priests of the Climate Change Cult, have backed the intervention of ‘filthy’ climate-killing machines to protect Ukraine – almost all of them powered by diesel and petrol. Missing from the battlefield are solar-powered tanks and wind-powered fighter jets. Even the European Union – architects of those infuriating features on Australian cars that result in endless and nonsensical beeping – are hunting around for any and all Carbon-based weaponry they can find now that Russia’s claws are scratching hard enough to draw blood.

The point being, Climate Change has been exposed as political theatre primarily used to steal trillions of dollars from well-meaning citizens.

Instead of an apology and a refund, Climate Change will be put on ice for the duration of the war until government can wipe the soot off their faces and resume guilting people out of the comforts of civilisation.

If global leaders truly believed that the biggest and most immediate threat to humanity’s survival was the sky catching on fire, they would not wage war with each other in a manner that accelerates the stated cause of the ‘apocalypse’.

While political commentators previously ignored the hypocrisy of climate warriors making their careers out of hopping between private jets on their way to five star hotels to speak at endless conferences surrounded by the world’s elite, those same commentators have fallen completely silent in the face of black smoke billowing from central Europe.

Instead of admitting that he was duped, Prime Minister Scott Morrison has re-committed Australia to its Net Zero goals while casually shipping tens of millions of dollars of ‘things that go boom’ over to Europe.

At the very least, let the working class keep their cars and power stations – eh?

If only a journalist with access to the Prime Minister had the courage to ask him what the ‘climate cost’ of defending national sovereignty would be, with a follow-up estimate about how many centimetres the Prime Minister was prepared to sacrifice in the ocean level to fend off Russia and – possibly – China.

If he has no answer and no modelling we’ll know for certain that the government is not troubled by Carbon.