And just like that, Fraudci disappeared as quickly as Dr. Birx.

"The genetic code for the spike protein doesn't just stay in the rough endoplasmic reticulum. In fact, it goes into the human nucleus. The belief is that it's a permanent installation into human DNA." pic.twitter.com/q0aJf9kXuz 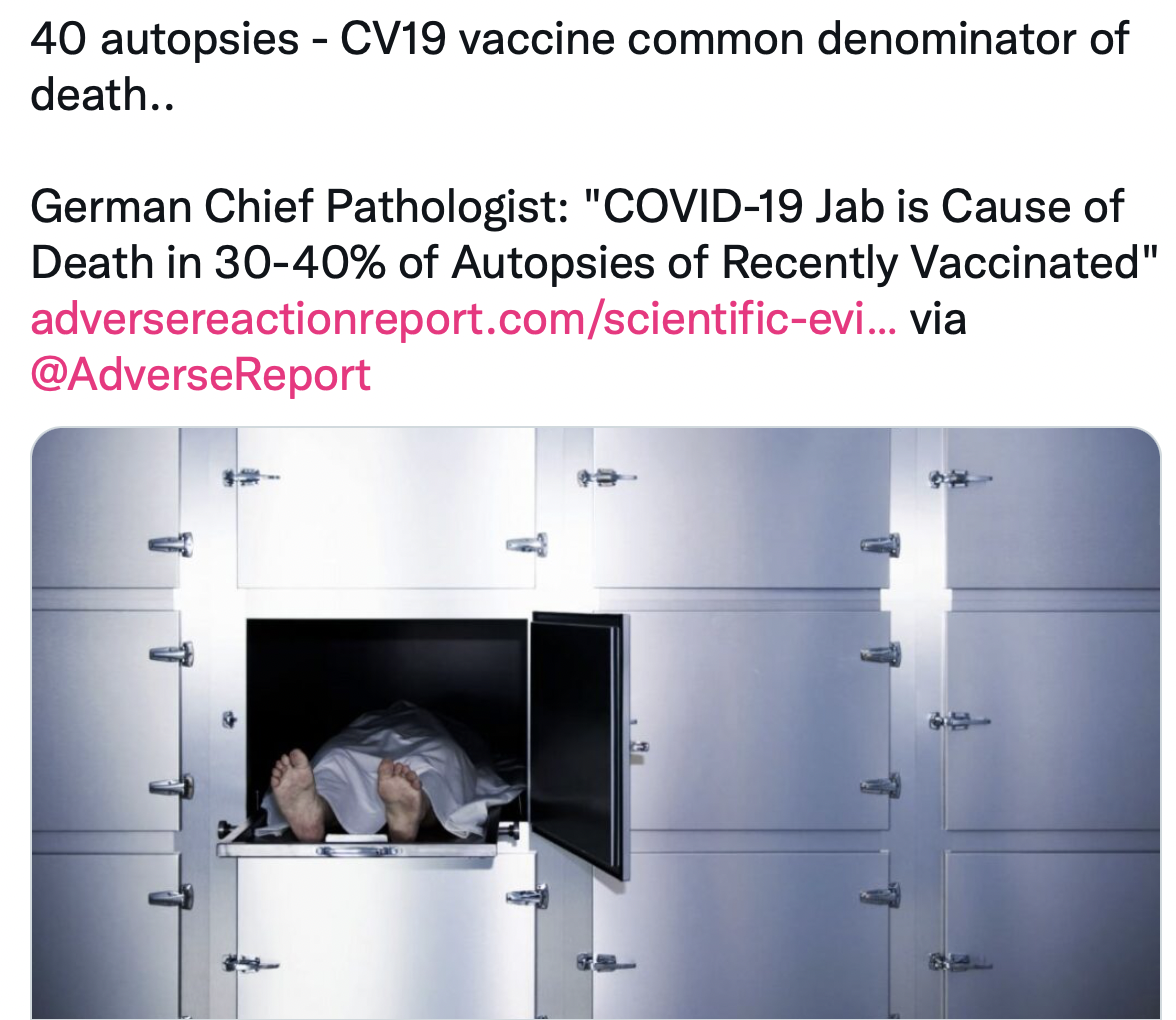 German Chief Pathologist, Peter Schirmacher, has recently announced that 30 to 40 percent of people he examined not long ago were found to have died from COVID-19 vaccine-related issues.

Schirmacher, the director of the Pathological Institute of the University of Heidelberg, reported that in the forty autopsies he recently conducted, the most common denominator among them was that they died within two weeks of receiving a dose of COVID-19 vaccine.

Nutroots call this “conspiracy theory”, but the fact remains  that this is the conspiracy to enslave us all with the “Great Reset”.

Raise your hand if you are sick of being told how to live by your government!

If children are not dying of COViD, why are they getting vaccinated?

According to the new Pfizer report they poisoned everyone. And they all knew.

Roger Hodkinson drops a nuke👇
"The colleges of Physicians and Surgeons stand accused of colluding with governments in state sanctioned murder"
And he is 100% correct IMHO!! 💥 pic.twitter.com/yn1ChW5ItI

Focus on Illegal mandates and the harm they caused. Our Government FORCED these deaths on CANADIANS. Focus pic.twitter.com/doUWsmAvoz

Research out today that ‘cloth masks are basically useless’. Rubbish. They were perfectly suitable for virtue-signalling and guilt-free shopping, allowing people to lord their compliance over others.

Why are all the people who love to “follow the science” not following all of the science Pfizer started to release yesterday?

They turned the phrase “follow the science” onto a virtue signaling catch phrase that doesn’t even represent what the scientific method actually means. When your berated, mocked, and ridiculed for raising valid questions and concerns, there’s no right to claim science anymore. 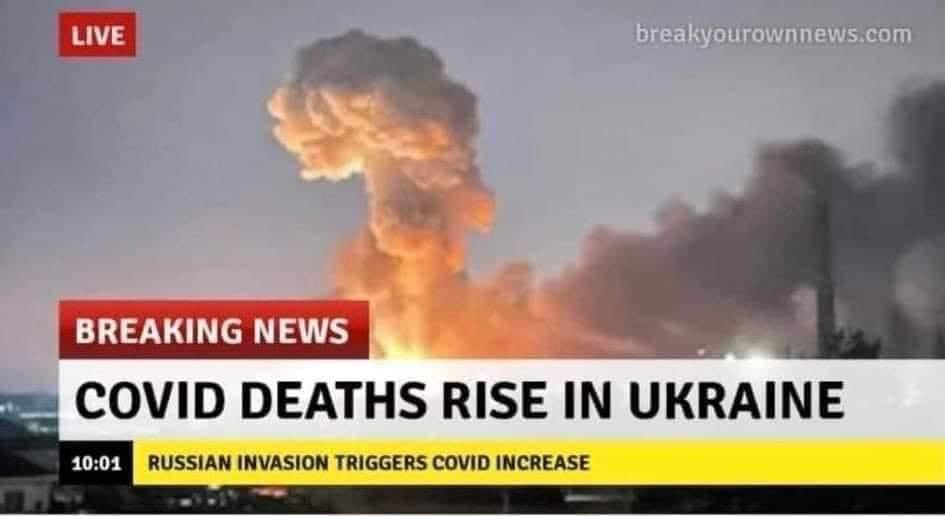 Where are they now?

The hysterical headlines have receded. Hospitalisations and intensive care numbers are less than half of what they were, having never reached predicted thresholds. QR check-ins are being abolished because nobody has been monitoring them for months. Mass testing of healthy children is set to follow because it is so obviously pointless a third of parents aren’t even doing it.

Of course this last measure was put in place because of predictions that reopening schools would cause an explosion in cases and put teachers and children at risk. It never happened. 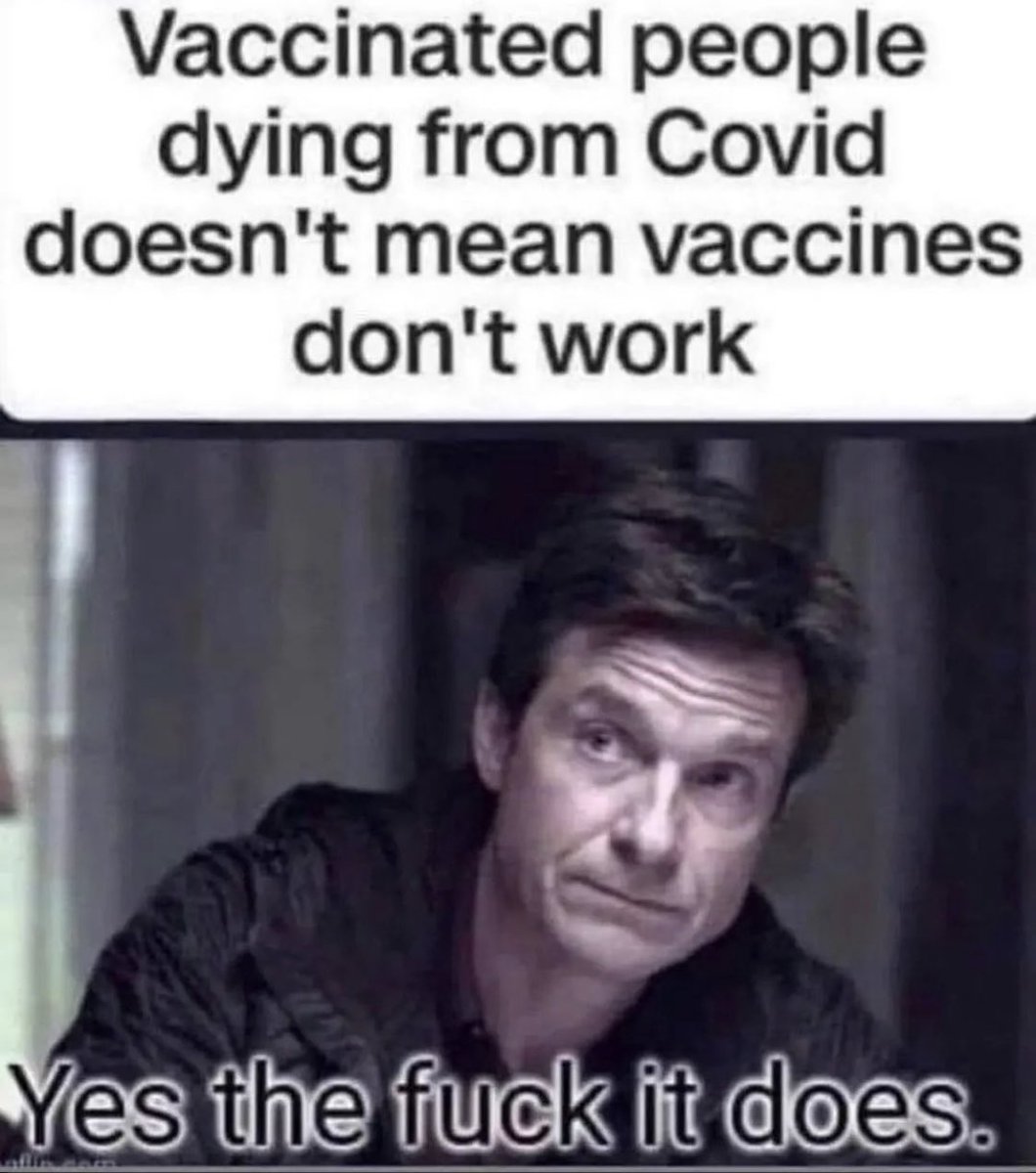