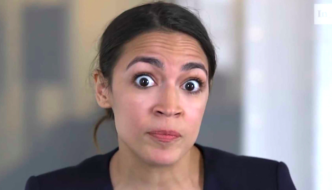 AOC: ‘Stark contrast’ between treatment of Syrian and Ukrainian refugees

Yes indeed, there is a “stark contrast” . In fact, there is a monumental difference. Europeans will have no problem integrating and assimilating people who share their values. It is absurd, vile & destructive to import Mohammedan savages who cling to a religious doctrine that seeks to destroy the infidel society that gave them shelter behind, what they see as enemy lines.

Prime minister, who has been criticised for hardline border policies, says ‘migrants will be stopped, refugees can get all help’. 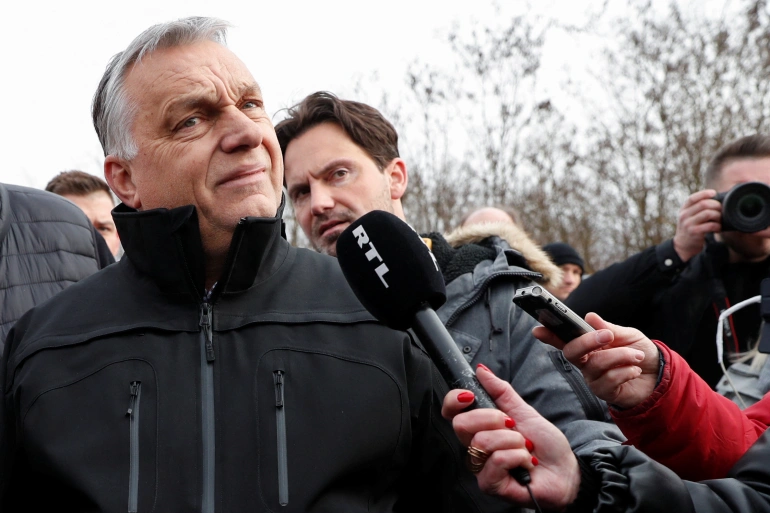 He added: “Migrants are stopped. Refugees can get all the help.”

“We’re prepared to take care of them [Ukrainians], and we’ll be able to rise to the challenge quickly and efficiently,” he said in a statement.

About 105,000 people have crossed into Hungary in a week and have been met with a well-organised humanitarian mission made up of Hungarians from across the country.

Overall, more than one million people have fled Ukraine, including in Moldova, Poland, Romania and Slovakia, since the war began. 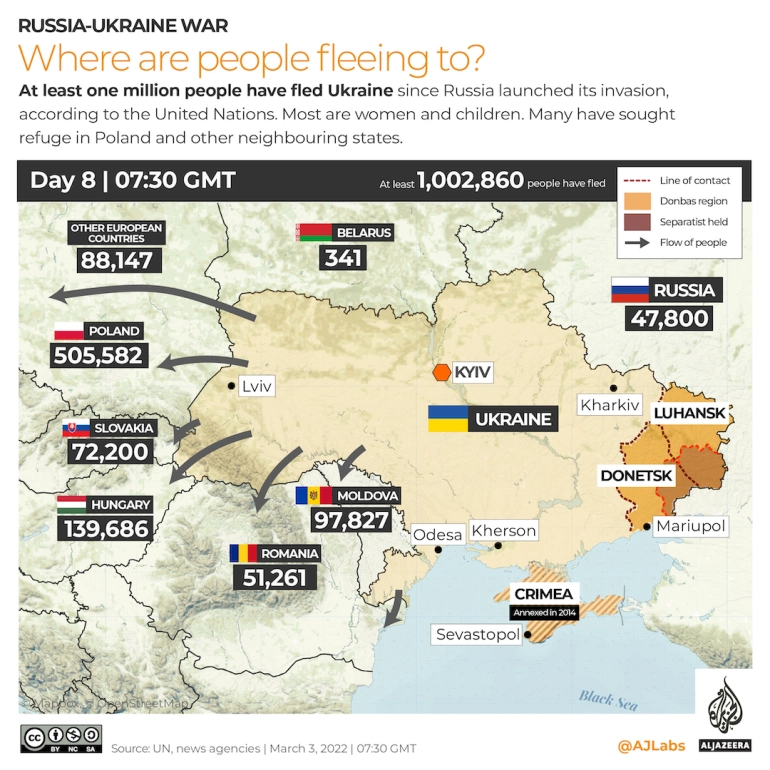 In 2015, Hungary had closed its border with Serbia and erected a razor fence to deter people fleeing conflict, oppression and poverty from crossing into the EU. In July 2016, Orban’s nationalist government passed a law that legalised pushbacks – the practice of pushing asylum seekers back across borders without due process.

The European Court of Justice has ruled the move was in violation of EU law.

Imre Szabjan, the head of the emergency department at the Hungarian Charity Service Association of the Order of Malta, told Al Jazeera the number of refugees is likely to increase in the coming days. “At first the people arriving in Hungary had someone to meet them, now we are seeing more people arriving with just one bag and no idea what to do next. So we are giving them food, shelter and talking through possibilities with them. No one is left on their own.”

During his 20-minute visit to Beregsurany, Orban spoke to people who had crossed from Ukraine on Thursday morning. He also spoke to the army of local volunteers who are providing a 24-hour tea and sandwich operation.

“Hungary is a good friend of Ukraine, and the Ukrainian people. If they need any help, we are here and they can count on us,” he told journalists.

About 105,000 people have crossed into Hungary over the past week.

When asked for a message to Ukrainian President Volodymyr Zelenskyy and his Russian counterpart, Vladimir Putin, Orban, who has enjoyed a close relationship with Russia’s leader, was coy.

“We try to provide all the chances for negotiations because what is going on now is war, the war can only be stopped by negotiations, and peace talks, and ceasefire – if they need us to make peace Hungary is always available,” he said.

Hungary has supported Western sanctions against Russia but Foreign Minister Peter Szijjarta announced on Monday the country would not allow lethal aid to transit its borders en route to forces in Ukraine.