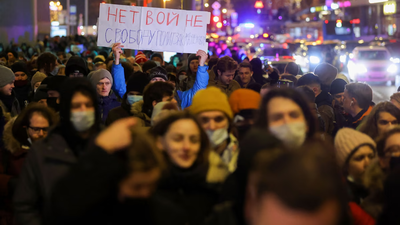 Putin: “Suspension of the special operation possible only if Kiev stops fighting…” 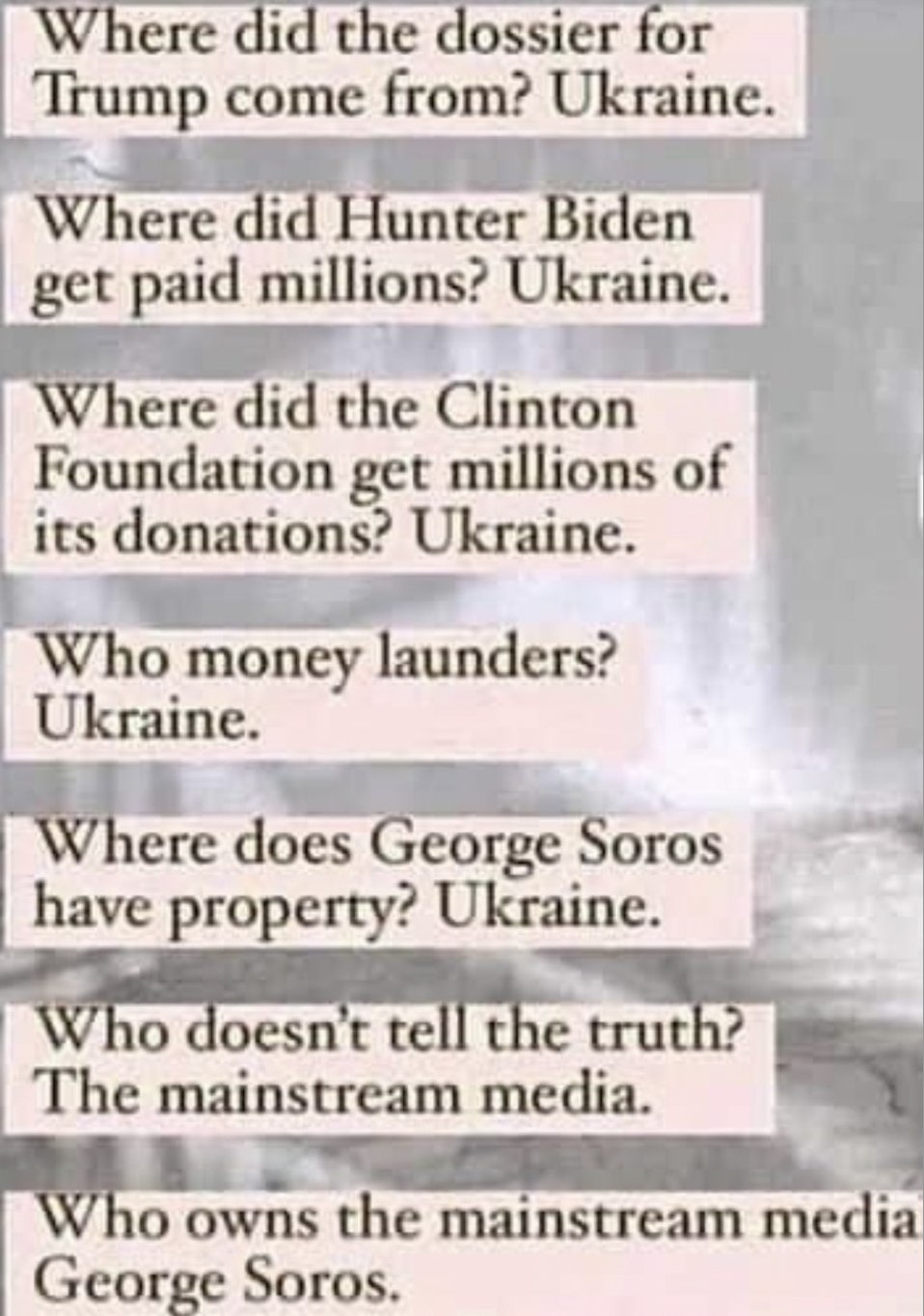 How thoughtful of the United States to fund BOTH sides of the war in Ukraine! $350 million to Ukraine for military aid and MILLIONS to Russia everyday for oil. 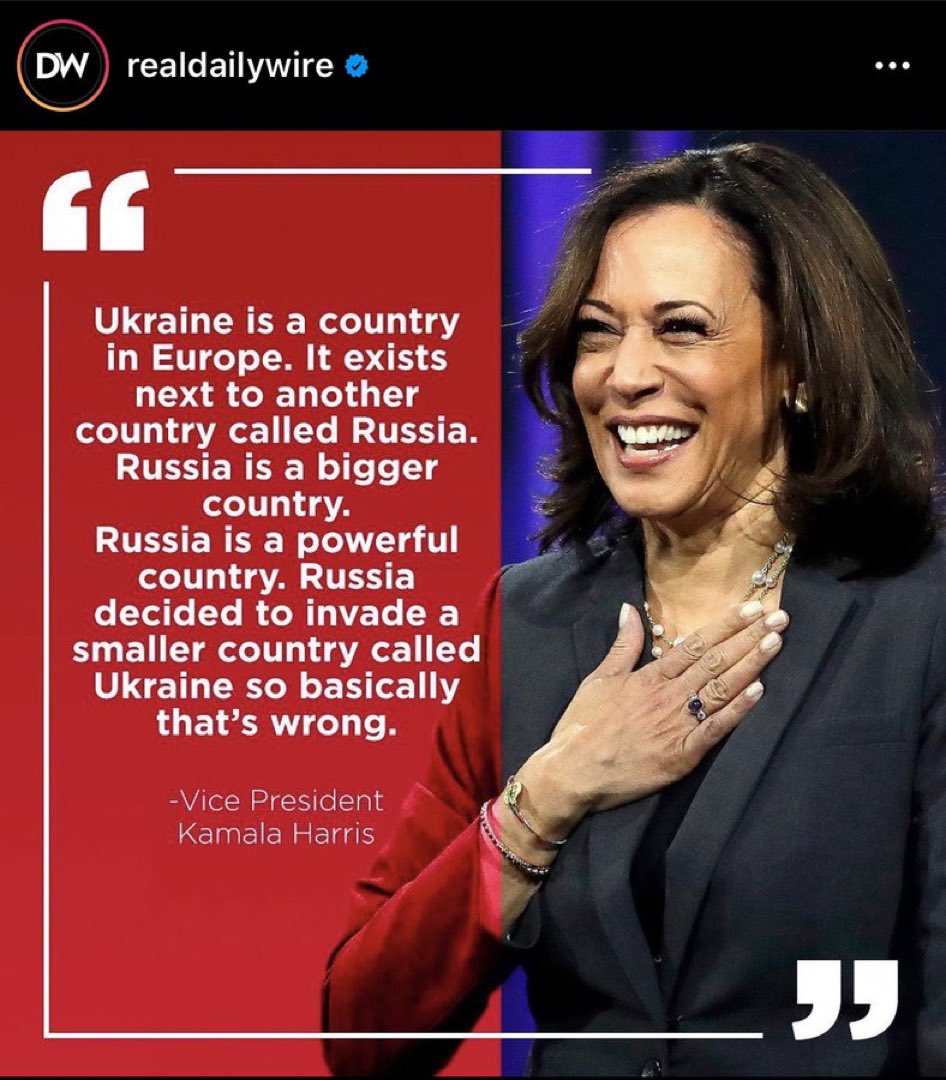 The White House is sending Vice President Kamala Harris to Europe next week to reassure NATO allied countries the United States stands with them. 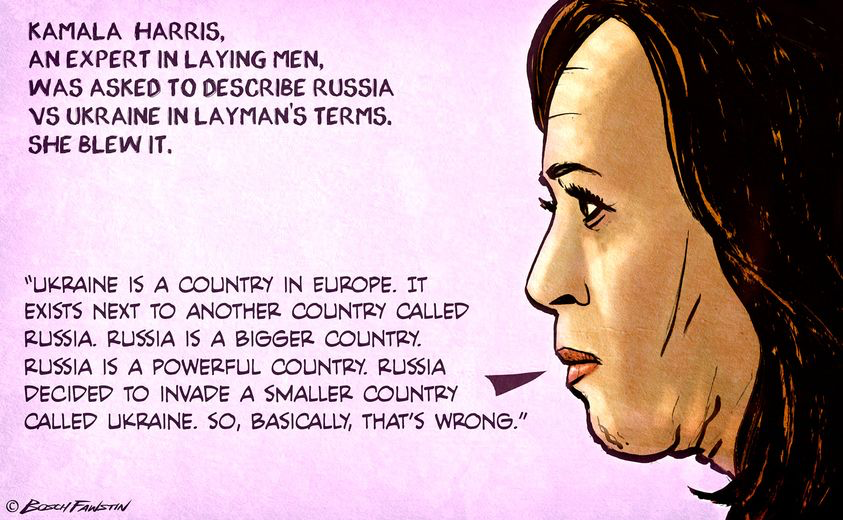 Fascinating how enthusiastically our politclowns will send weapons to other countries while at the same time seeking to disarm their own citizens. 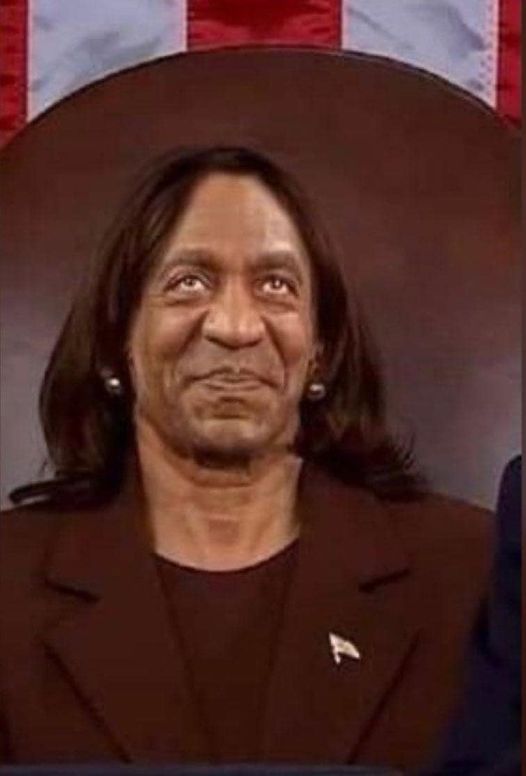 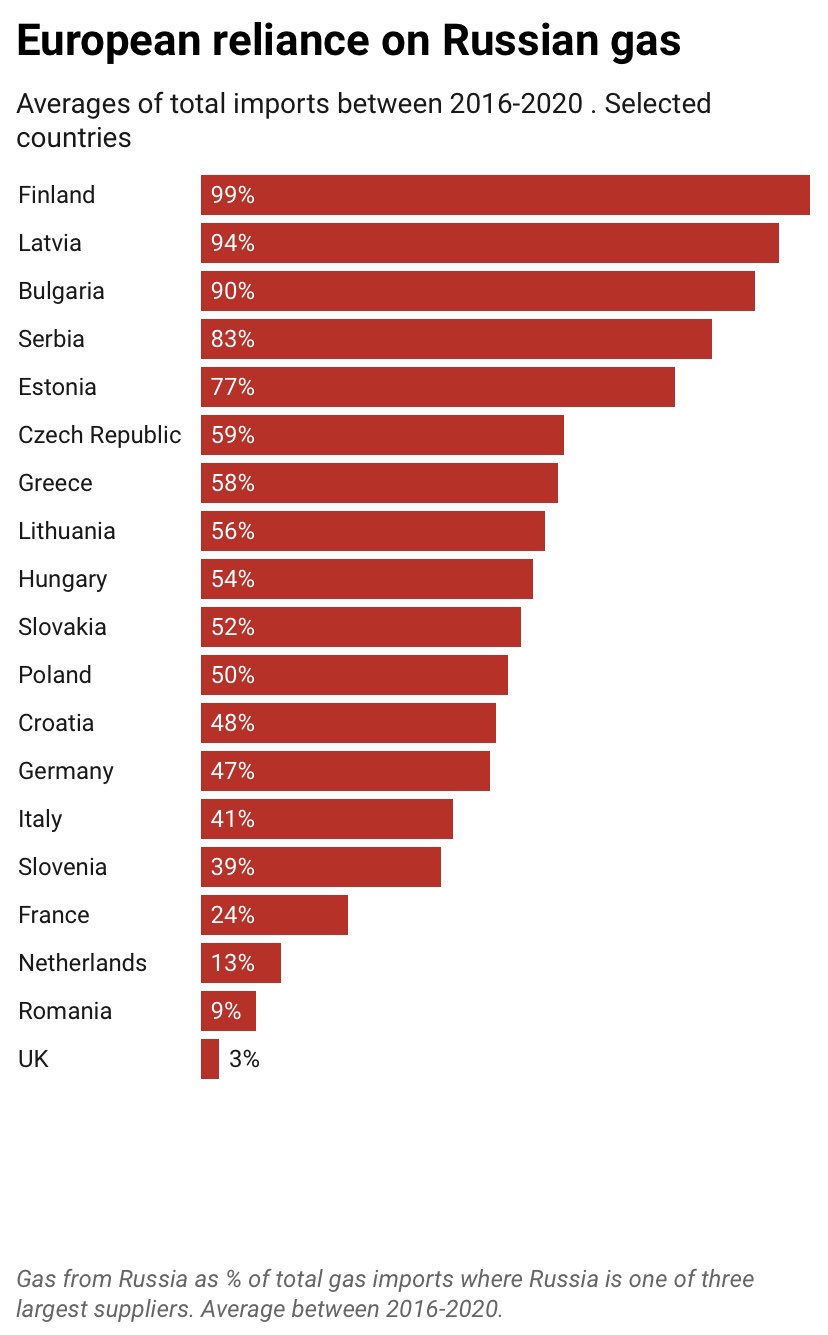 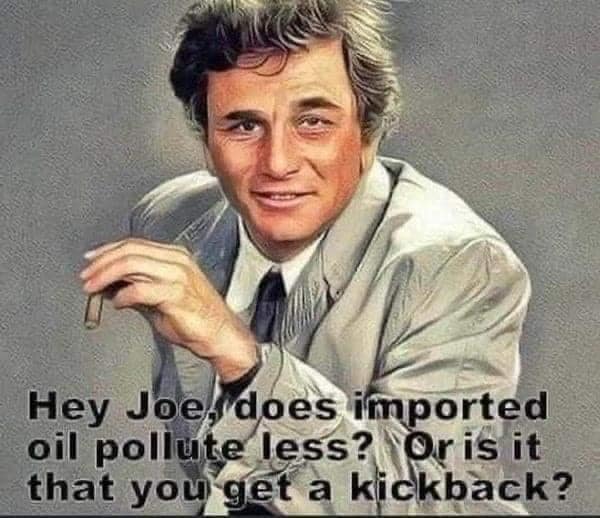 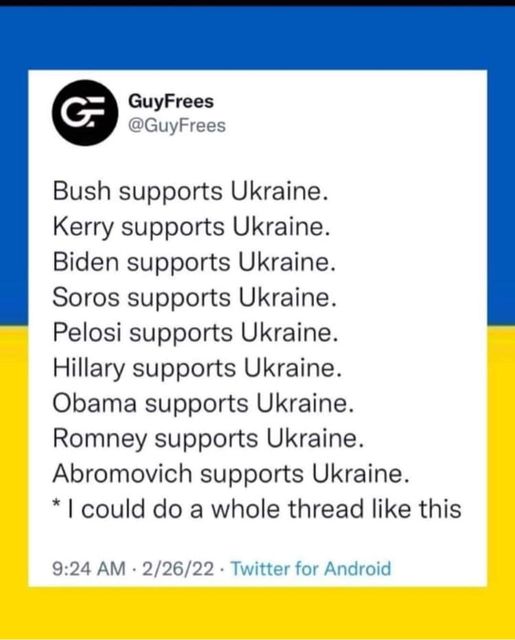 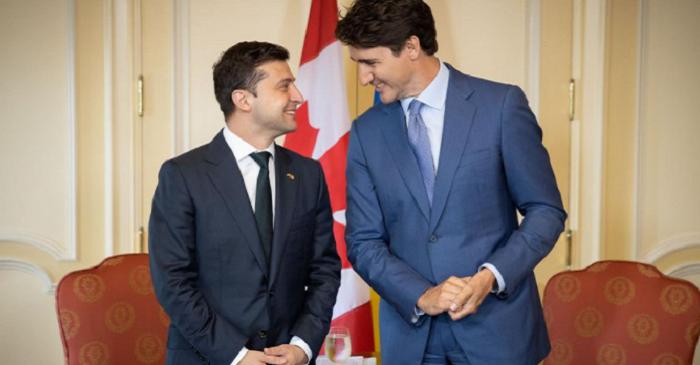 Here’s why. And here’s another one who signed up to be in this club:

We know CHO #KerryChant is a supporter of the #NewWorldOrder … because she/he? said so. #BillGates #WEF #GeorgeSoros 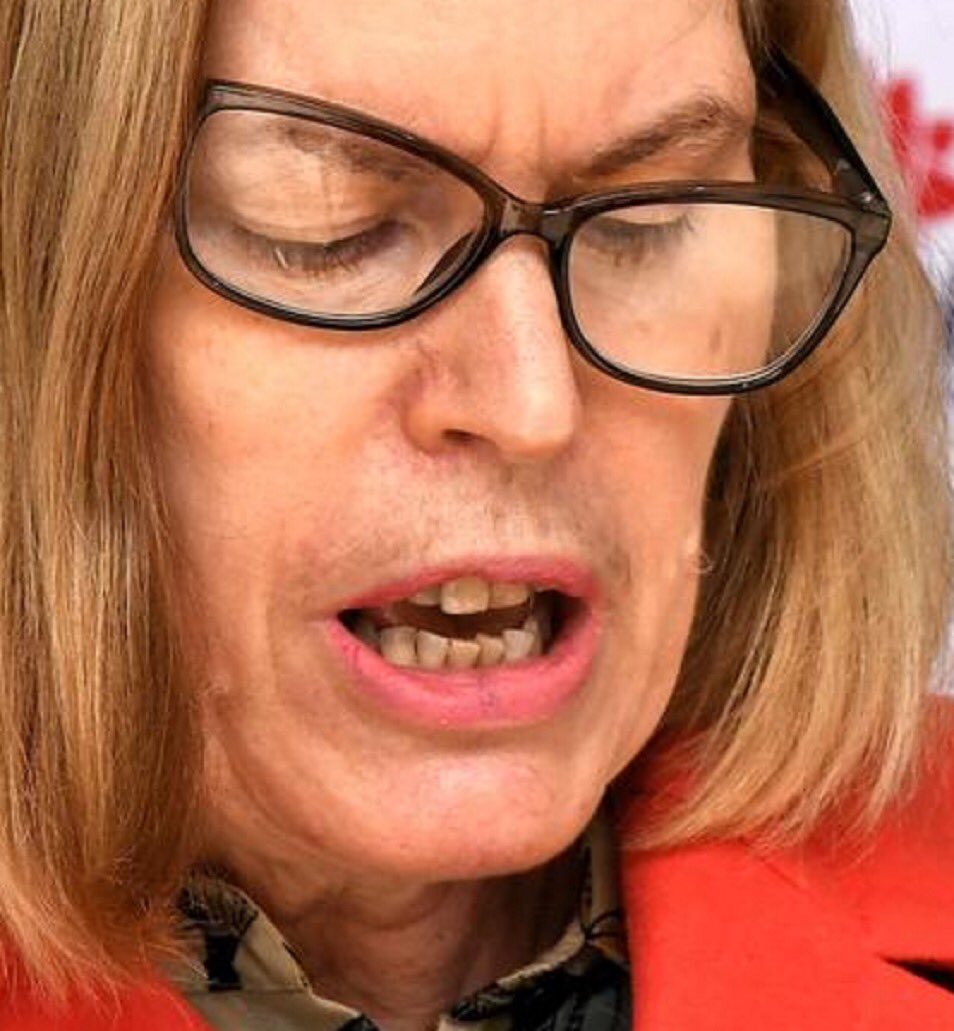 Ukraine’s President Volodymyr Zelensky has stated that Canadian Prime Minister Justin Trudeau was one of the reasons he got into politics.

Both leaders are members of the World Economic Forum (WEF).

The Russian invasion of Ukraine is fully worthy of unequivocal international condemnation. At the same time, it is may be unwise for us to blind ourselves to Ukraine’s dubious activities and alliances.

The WEF is famous for unveiling the “Great Reset,” an anti-democracy agenda in which global leaders would set in motion a radical plan to transform the world economy into a socialist, big government model and implement a massive Green New Deal. The founder and executive chairman of the World Economic Forum, Klaus Schwab, has praised Canada’s Prime Minister Trudeau as a model leader of WEF philosophies.

“ The WEF infiltration of Ottawa has never been a secret, nor has Butts’ involvement. But it is far from being common knowledge among voters that the ideological model behind the Liberal policy machine, the steering mechanism that guides decisions and policies, is subversive and authoritarian. It also covers a massive policy territory, from climate to COVID-19.”

Trudeau’s crushing of patriotic dissent in Canada via the abuse of Canada’s Emergency Measures Act over the Freedom Convoy will not be forgotten anytime soon. His actions prompted Victor Davis Hanson to say that Trudeau and his Liberals were “creating a ‘Tiananmen square’ scene.” Trudeau also ignored a real terrorist attack that went virtually unnoticed during his unforgivable authoritarian overreach.

But then out of the blue, the day before Russia invaded the Ukraine, Trudeau suddenly ended his emergency measures and “ordered Canadian banks to unfreeze the bank accounts of people who participated in or donated to the Freedom Convoy.”

Justin Trudeau’s name now conjures up an image of unfriendliness to democratic freedoms and values. He earned justified, widespread criticism — domestically and internationally — for his handling of the Freedom Convoy.

Yet Trudeau — a man who has expressed his admiration for China’s “basic dictatorship” and proven this admiration by his actions — has a strong admirer: Ukraine President Volodymyr Zelensky. Many don’t know that Zelensky is also a member of the World Economic Forum.

Zalensky tweeted: “@JustinTrudeau was one of those leaders who inspired me to join politics.”

Jihad Watch has also reported on the unsavoury collaborations between Russia, Pakistan, and Chechnya.

It would not be constructive for us to ignore questions such as: why does Zelensky admire a man like Justin Trudeau? What might Zelensky’s agendas be in connection to his membership in the World Economic Forum and beyond? Another consideration to ponder: George Soros was named by the Ukrainian newspaper Vesti as the second most influential person in Ukraine, after Zelensky. The 2014 Maidan Square “revolution” in Ukraine, which toppled the elected government of Viktor Fedorovych Yanukovych, was supported by Soros, with his characteristic opportunism. He wrote in his blog:

Soros’ remarkable influence in Ukraine’s economic and political life spans over two decades. He “maintains a unique position of power through the Open Society Foundation and the dozens of other organizations he funds in the country,” a country that voted against a UN resolution condemning the glorification of Nazism in 2016. Broadcaster Michael Savage who went so far as to condemn Zelensky as a “puppet of George Soros.” Savage may have gone too far, but his eyebrow-raising remark should at least be enough to prompt a few questions, along with Zelensky’s open admiration for Justin Trudeau.

The invasion represents a fracture among global socialists: supporters of the World Economic Forum vs Russia.

In the absence of America as an influential global player, with Biden ineffective, democracy is being systematically usurped by the ever-advancing elements of the red-green axis, even with their apparent divisions.

(LifeSiteNews) – Ukraine’s President Volodymyr Zelenskyy has stated that Canadian Prime Minister Justin Trudeau was one of the reasons he got into politics.

While Zelenskyy has shot to stardom from relative obscurity from the perspective of the West since the Russo-Ukrainian conflict became international news last week, his admiration for Trudeau comes as less of a surprise when looking into his background.

Like Trudeau, Zelenskyy is an acolyte of Klaus Schwab’s World Economic Forum, the globalist organization behind the now-infamous “Great Reset” agenda, which tells the world that by the year 2030, “You’ll own nothing and you’ll be happy.”

The ubiquitous support for Zelenskyy by the elite, including support from “defund the police” and Black Lives Matter leftist mega-donor George Soros, Trudeau, American President Joe Biden, and all sides of mainstream media, has led many to question the true motivation behind the West’s condemnation of Russia and a concern that a push for yet another foreign war involving the West is underfoot.

On Tuesday, for example, Ukrainian journalist Daria Kaleniuk made an emotional demand to British Prime Minister Boris Johnson, asking him to instruct NATO to enter the war in Ukraine. After the event was praised in Western media, reports surfaced showing that Kaleniuk is not just a journalist, but a member of the WEF and runs initiatives backed by Soros throughout Eastern Europe.

While many are skeptical of Russian President Vladimir Putin and his former ties to the KGB, scrutiny of the other side of the conflict seems absent in mainstream outlets which has worried many considering the radical nature of the WEF and their Great Reset goals.

The Great Reset is a radical socialist plan designed by global elites to “reset” the world economy, and install a centralized, and heavily regulated totalitarian international system similar to that of China’s Social Credit System.