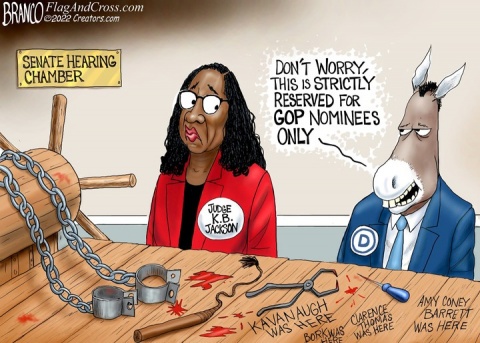 Why Ketanji Brown Jackson Is Not Qualified for Supreme Court

Ketanji Brown Jackson only needs to fulfill three qualifications to become one of the most powerful people in the world for the rest of her life: she must be a left-wing black woman. Let’s see if she qualifies.

Left-wing? Check. She sympathizes with degeneracy and depravity at the expense of children, just like abortion advocates and opponents of Florida’s Parental Rights in Education bill, as Josh Hawley has documented:

Pretty Sure My Mother was a woman. Just a guess mind you. 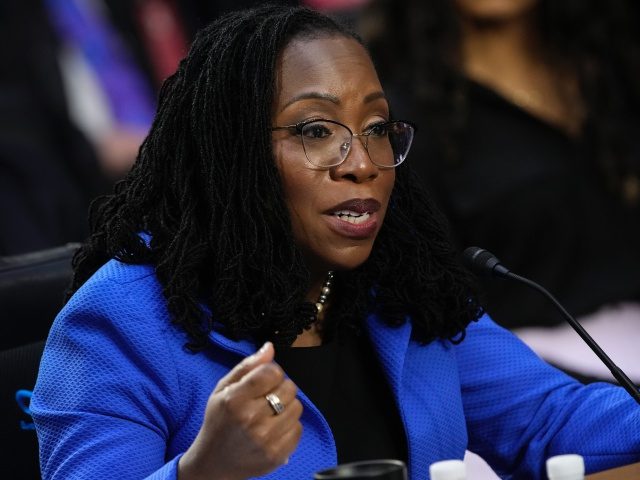 After President Joe Biden’s Supreme Court nominee Ketanji Brown Jackson was unable to define the word “woman” during her confirmation hearing on Tuesday — claiming she is “not a biologist” — USA Today outdid Jackson by arguing that even a “competent biologist” would be unable to “offer a definitive answer either.”

MUST WATCH: Senator @HawleyMO runs through seven cases where Ketanji Brown Jackson was lenient on pedophiles, giving them sentences that were far below the federal guidelines. pic.twitter.com/9msrXDkJ9Z

Black? She certainly looks black. But from the liberal point of view, there is more to blackness than skin tone and ancestry. As Joe Biden croaked at the ostensibly black Charlamagne tha God, “I tell you if you have a problem figuring out whether you’re for me or Trump, then you ain’t black.”

Ketanji Brown Jackson says she was inspired by Derrick Bell. Bell is the intellectually depraved Harvard Law professor credited with creating critical race theory, according to which America is inherently evil and so are white people. As an appeals court judge, she has said that CRT ideology ought to influence sentencing, presumably meaning that whites should have harsher sentences and blacks more lenient ones on the basis of their race.

Ketanji says she was also inspired by the 1619 Project, which endeavors to replace American history with a fictional account promoted by the New York Times, in which the Revolutionary War was fought not to preserve liberty but to suppress it on behalf of slavery. By embracing this malign and pernicious ideology, Ketanji Brown Jackson confirms that she is black even from the exclusive liberal viewpoint.

But is she a woman? Let’s see:

SEN. BLACKBURN: "Can you provide a definition of the word 'woman'?"

JACKSON: "I'm not a biologist" pic.twitter.com/i7Rg83z5Y4

She can’t know if she is a woman if she does not know what a woman is. Since she cannot confirm that she is a woman, Ketanji Brown Jackson is not qualified to serve on the Supreme Court as a Democrat appointee. 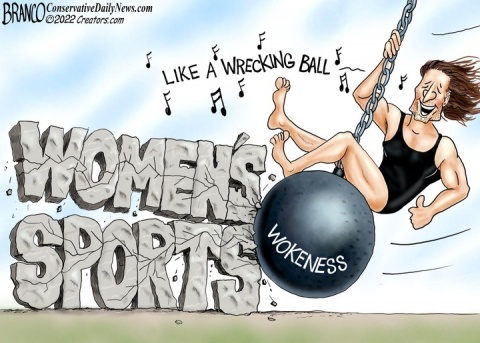 Labour has a woman problem?

Labour has a DYKE problem, not a woman problem.

Leading Labour figures would rather appease a woke minority than be straight with the public.