Ramadan is supposed to be the time during which Muslims redouble their efforts to please Allah. A hadith has a Muslim asking Muhammad: “Instruct me as to such a deed as equals Jihad (in reward).” Muhammad replied, “I do not find such a deed.” (Bukhari 4.52.44)

Fighters believed to be from the Allied Democratic Forces (ADF) attacked the village of Masambo on Sunday night. 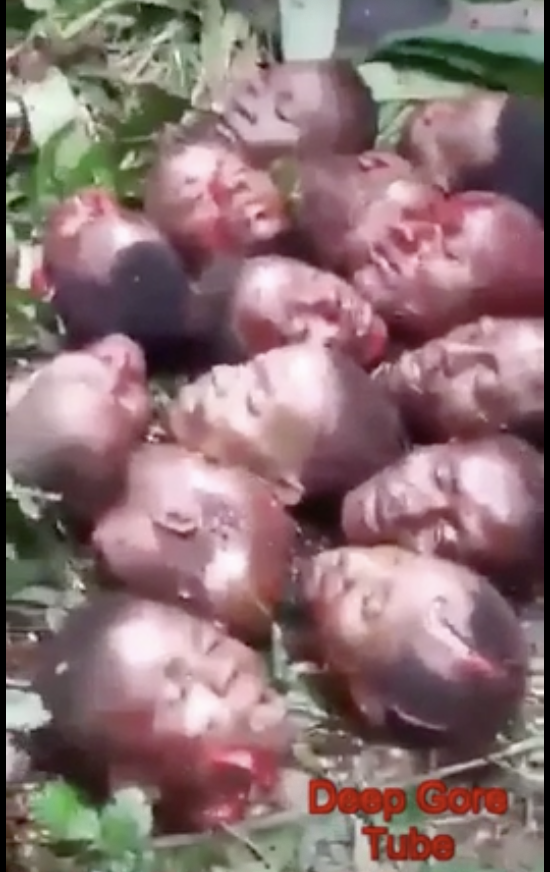 Bunch of corpses decapitated in ethnic warfare in Uganda by Islamic terrorists.

The ADF is a Ugandan militia that has been active in eastern Congo since the 1990s. It has been blamed for thousands of deaths since a resurgence in 2013, many in middle-of-the-night massacres carried out with machetes and hatchets. Cameroon: Priest says his parish has been ‘paralyzed’ by heavy Islamic jihad activity NYC: Muslims mark beginning of Ramadan in Times Square, proclaim ‘Islam is a religion of peace’