Trouble in the House of Mouse

DeSantis: Bill to End Disney Autonomy a Rejection of ‘Woke Garbage in Our Society’

The Florida Republican governor said the repeal of the powers came as a response to his constituents rejecting “woke garbage in our society.”

Disney is not a victim of a tsunami or a mysterious butterfly effect.

Disney is a corporation that built a family-friendly brand for generations, and inexplicably threw it away to advocate for teaching kids in K-3 about “pansexual” & “genderqueer.” 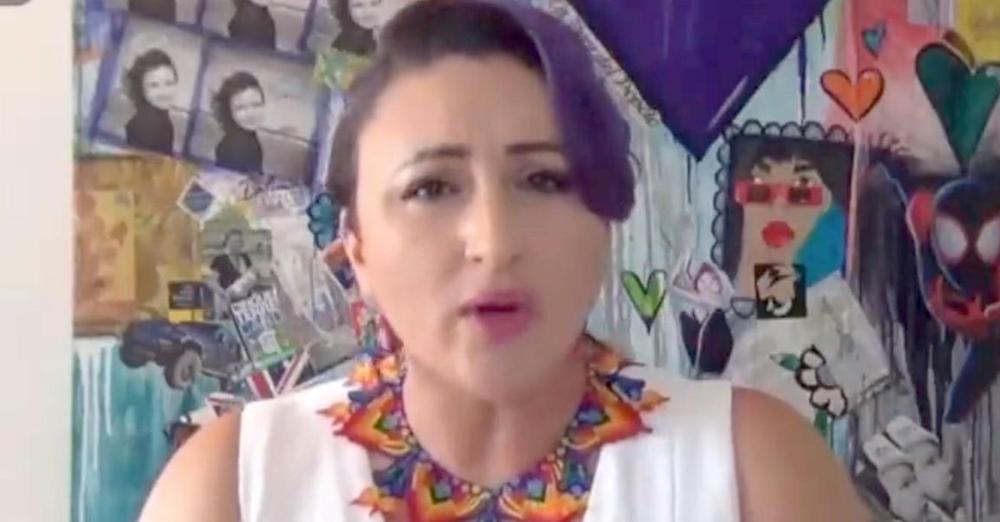 No child ever suffered because it was protected from homosexual grooming gangs & other perverts.

Many teachers have had to take down safe spaces, posters from their classroom. Many of them have had to change the way they speak to their kids. So I think focusing on the human impact of these black and white letters on a piece of paper, you know what is this doing to our family, what is this doing to our teachers, the stress levels,” Ramirez said.

TUCKER CARLSON, FOX NEWS HOST: But here are the new rules. If you would like a big publicly held corporation to pay its taxes, then you’re a child rapist. Obviously, you’re a racist. You’re like Putin, which means you’re a fascist.

But you know what else you are? According to Joy Reid, you’re a communist. Ron DeSantis is — quote — “taking us back to the Soviet Union.”

You’re a communist if you want the company to pay its taxes.

Now, Joy Reid went to Harvard, so we’re not going to disagree with her. But we did feel a moral obligation to check that fact, because it’s a heavy claim.

So, joining us tonight to confirm or deny these charges is comrade Ron DeSantis, who is also the governor of Florida.

Governor, thanks so much for coming on tonight.

So, I can’t tell whether you’re a racist, a communist, a fascist for wanting a big publicly held corporation to pay its taxes. How would you describe yourself?

I mean, this company had a deal unlike any company or any individual in all of the state of Florida and probably anywhere in the United States. They were self-governing. They had extraordinary powers. They could build nuclear power plants. They didn’t have to go through permitting processes, obviously, a lot of tax benefits.

And so that’s just inappropriate. And it’s certainly inappropriate when you look, as you, I think, did a great job pointing out, they pledged themselves to mobilize their considerable corporate resources out of the coffers of this Burbank, California-based corporation to overturn the rights of parents in the state of Florida, and effectively commandeer our democratic process.

And so that obviously is something that we very much objected to. And then you also have those videos that you showed where you have all these higher-ups in Disney talking about how it was their intent to inject sexuality in the programming that goes to young kids.

I got a 5-year-old, a 4-year-old and a 2-year-old at home, Tucker. I want them to be able to watch cartoons without having this stuff jammed down their throats. And so it was appropriate to have done this originally, three years ago, whatever. But it’s certainly appropriate to make them live under the same laws as everybody else in the state of Florida.

And it’s a little weird coming from people who devote their programming to defending — quote — “democracy.” So, you have been elected by the voters of Florida. You’re standing for election very soon in November, and we will see how you do.

But you’re a product of democracy. Bob Chapek and Bob Iger were elected by nobody. So why wouldn’t democracy defenders be on the side of the legislative process over corporate fiat?

DESANTIS: Because I think what the left has come to is, all they want to see is power exercised in advance of their leftist agenda.

So, yes, they used to be hostile to big corporations, because I think they perceived those corporations as being apolitical and that they wouldn’t support their agenda. Now they figured out that they can try to subcontract out their leftism to some of these big corporations.

DESANTIS: And some of the executives will cave to the woke mob. And then they will basically do the left’s dirty work.

Tucker, they’re not going to win elections in Florida if they’re actually running on injecting transgender ideology into second-grade classrooms. And they know that. So their hope was getting Disney involved in that would somehow get me to back down from signing the bill.

Well, that was a bad judgment in their part, because, of course, we weren’t going to back down an inch.

CARLSON: It’s a little weird, because there are a bunch of Republican governors in the country.

You’re actually the Republican governor that sits over one of the most evenly divided states. It’s a Republican state, but just barely. Overwhelmingly Republican states in the West, like Utah, their governors have done nothing like this. They haven’t fought back at all. Why is that, do you think?

DESANTIS: And you actually need to talk to people who aren’t always on those outlets and listen to what they have to say.

And I can tell you, they do not want this woke garbage in our society. They don’t want women to be denied the opportunity to participate in sports. They don’t want to see their kids go to kindergarten and have this stuff jammed down their throats.

And so, I just stand with the people. I stand against a lot of media and a lot of big corporations. But, at the end of the day, I think we have the facts and the strength in numbers on our side.

Thank you. It was great to see you tonight, Governor DeSantis of Florida.