But the WHO say… pic.twitter.com/dm2vDxZPLV

France is in the midst of its fourth heat wave as authorities claim that it is the worst drought in modern history, the Associated Press reported last week.

Europe has been suffering through a drought of historic proportions, but with water being rationed across the region. As a result, climate  loons are taking aim at golf courses.

One thing is clear, in the age of climate alarmism, it is pollution – not carbon emissions – that pose the greatest threat to our ecosystems. 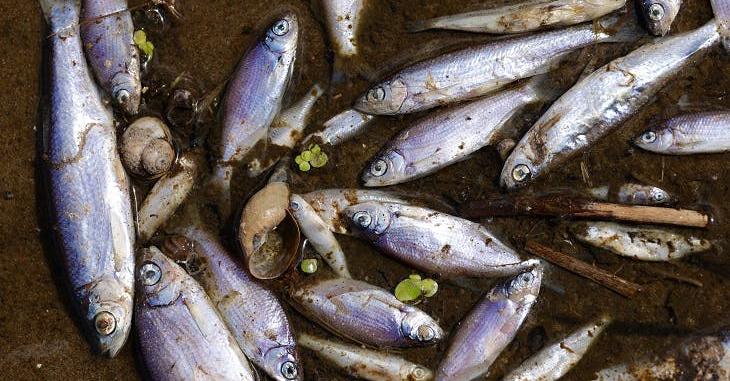 One thing is clear after the #OderRiver

disaster, in the age of climate alarmism, it is pollution – not carbon emissions – that pose the greatest threat to our ecosystems.
.
‘Fifty years ago, environmentally conscious Westerners were worried about the pollution that often accompanies the trappings of civilisation.
.
Rubbish is a consequence of existence that is common to all lifeforms, whether it be piles of bird shit accumulating beneath swallow nests, the sprawling dumps on the outskirts of cities, or the creation of atmospheric oxygen that accompanied the rise of photosynthetic life that plunged the Earth into a near-fatal ice age.
.
We used to class the reduction of pollution as the most important way to clean up the planet for all living things. This was a worthwhile goal.
.
Since the creation of the Climate Change ‘carbon is evil’ narrative perpetrated by those organisations and corporations that profit from the sale of ‘solutions’ or from public money poured into studying the catastrophe, pollution has been largely ignored. It is far easier for governments to raise taxes and claim they are ‘saving the planet’ as their coffers fill rather than getting out and policing waste.
While renewables mining and production creates a continuous source of toxic waste, rarely acknowledged, climate virtuosos in Europe this week have been accused of overseeing an environmental disaster in the Oder river.’
https://www.spectator.com.au/…/climate-virtuoso-europe…/

The Oder river is a significant waterway that runs through the Czech Republic, Germany, and Poland before flowing into the Szczecin Lagoon and then out into other rivers until it ends up in the Baltic Sea.

Urgent warnings have been issued advising residents to stay away from the water after the river’s banks began to fill with dead fish. Locals have reported that the die-off began in late July, with German environmental officials complaining to Polish authorities that they were not warned about the issue soon enough.

Polish Prime Minister Mateusz Morawiecki admitted the government thought the dead fish collecting around riverside Polish communities was a local problem. It is clear that this is no longer the case, with Morawiecki saying that the ‘scale of the disaster is very large, sufficiently large to say that the Oder will need years to recover its natural state’ – possibly longer, given no one is sure about the extent of the damage.

‘Probably enormous quantities of chemical waste was dumped into the river in full knowledge of the risk and consequences.’

A probe has been launched by Germany’s Environment Minister as the situation continues to worsen.

‘I am deeply shocked… I have the feeling that I’m seeing decades of work lying in ruins here. I see our livelihood, the water – that’s our life. It’s just the tip of the iceberg,’ added Michael Tautenhahn, Deputy Chief of Germany’s Lower Oder Valley National Park. He noted that fish were not the only victims of the toxic spill, with mussels, plants, and the animals that feed on them also perishing.

Collection nets have been put up to capture the dead fish and clean them out of the river so that they do not rot and make the situation worse. Volunteers are assisting authorities.

Original fears that high levels of mercury were to blame have been put aside for the moment after tests failed to find the heavy metal. They did, however, discover elevated levels of salinity. It is still unclear what actually killed the fish.

A $310,000 reward has been issued by Poland’s Interior Minister, Mariusz Kamiński, for anyone that comes forward with information that may assist authorities in tracking down the source of the tragedy.

At the moment, the only clue to the disaster is the presumption that a synthetic chemical substance has entered the river in large quantities and shocked the system.

How is it that companies have their carbon emissions monitored continuously, but a major chemical spill can destroy an entire river system and neither the Polish or German governments have a clue how it happened, where it came from, what it is, or who is responsible?

One thing is clear, in the age of climate alarmism, it is pollution – not carbon emissions – that pose the greatest threat to our ecosystems.