Polls show a steady lead for the right-wing alliance in the September 25 Italian elections, with Meloni’s conservatives promising aid to families to stem falling birthrates, and populist Salvini vowing action on immigration. 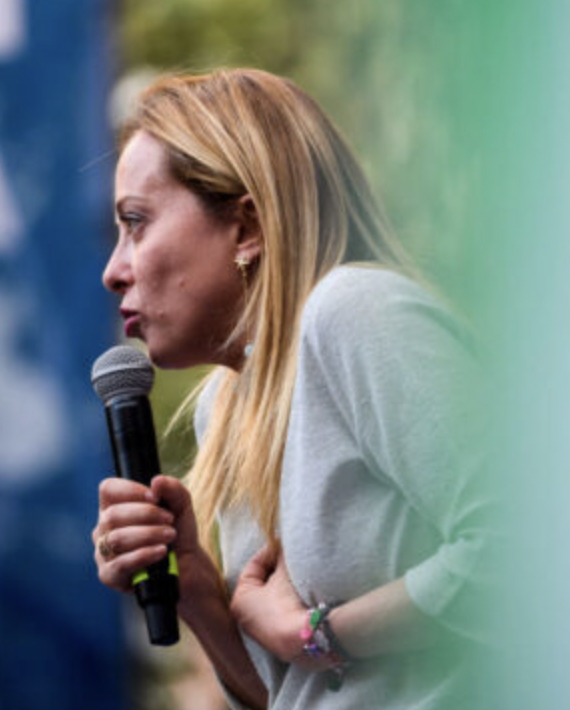 The Brothers of Italy leader launched the 40-page manifesto this week, which promises first to support Italian families and look to increase the country’s birth rate, which is one of the lowest in Europe and fell to record lows during the first year of the Chinese coronavirus pandemic in 2020.

Among the pro-family policies is a payment of 300 euros per month for children during their first year, which reduces to 260 euros per month until the child is 18. The FdI also want to reduce value-added taxes (VAT) on childhood products such as baby formulas and wants to make the first hundred thousand euros of any first home purchase tax-free.

Meloni’s party also promises to do more to showcase Italian producers of various goods from wine to luxury and cultural products, including producing “Made in Italy” certificates for companies and promoting commercial tourism for Italian-made products.

The manifesto also looks to abolish the citizenship income introduced by the Five Star Movement in their previous coalition government with populist Matteo Salvini’s League, a coalition ally of the Brothers of Italy heading into this month’s election. The party is looking to introduce a new alternative to the citizenship income for those who are elderly or unable to work but looks to increase training and labour resources for those who are able to work.

Illegal immigration has become a major issue of the election campaign for Meloni’s ally Matteo Salvini, who again visited the island of Lampedusa, which has become repeatedly overwhelmed due to illegal immigrant arrivals this year.

“Immigration is a phenomenon that can be controlled, others have promised it for twenty years and I have proved it. Countering the trafficking of human beings is possible, just reintroduce the security decrees,” Salvini said and added, “Reintroducing the security decrees means returning to defend Lampedusa, Pantelleria, the Italian borders and the European borders.”

Meloni’s Brothers of Italy are in agreement with Salvini on illegal immigration and also wish to greatly reduce the number of new arrivals, according to the party manifesto, which highlights the relationship between immigration and crime in Italy, particularly drug trafficking.

Meloni-Salvini Alliance Could Win 60 Per Cent Of Seats in National Electionhttps://t.co/bQq5ftoHEf

According to a report from 2018, as many as one in three crimes are committed by foreigners and nearly half of the cases of violent sex offences were attributed to migrants, according to another report from 2020.

Meloni has previously called for a naval blockade to stop illegal migrant crossings of the Mediterranean Sea, saying, “Brothers of Italy are proposing a naval blockade because, as we have explained a thousand times, it is a matter of a European mission in agreement with North African states to stop — alongside them — human trafficking and to set up in African territory hotspots managed alongside the European Union to assess asylum requests and distinguish between those who have a right to asylum and international protection from those who do not.”

As just weeks remain until the national election on September 25th, Meloni’s party continues to be the most popular in Italy in recent polling and the centre-right coalition of her Brothers of Italy, Salvini’s League and Silvio Berlusconi’s Forza Italia remains far ahead of the left-wing parties.

According to pollster Lorenzo Pregliasco of the firm Youtrend, the left is unlikely to be able to bridge the gap with the Meloni-Salvini coalition in the coming weeks and stated that Meloni holds “the cards in her hand and in these cases the only risk is to get the game wrong.”

Other forecasts have stated that the right-wing coalition could win as many as 60 per cent of the seats in the Italian parliament, which could see Ms Meloni elected Italy’s first female Prime Minister.

Latest polling from BidiMedia puts Meloni’s conservative Fdi on 24.5 per cent, Salvini’s populist Leauge on 12.7 per cent, and Silvio Berlusconi’s Forza Italia on 6.6 per cent, enough for what has been described as an “easy victory” for the right-wing coalition in September. The group leads by a considerable margin any conceivable coalition that could be created by the second-running left-wing Democratic Party (PD), which is polled at 24.3 per cent.

“Rescued off the coast of Libya”– who owns these NGO rescue ships?

The Italian coast guard ship Diciotti, which brought hundreds of people to Italy earlier this week. Photo: Giovanni Isolino/AFP
.
Italy said on Thursday that it would seize two rescue migrant ships, one of which is stranded in the Mediterranean carrying over 200 migrants, adding that they were “illegally” flying the Dutch flag.
.

The ships Lifeline and Seefuchs, of the German NGO Mission Lifeline, “will be seized by the Italian government and directed into our ports” to launch an investigation into their legal status, announced Italy’s Infrastructure Minister Danilo Toninelli.

The Lifeline ship rescued more than 200 people off the coast of Libya on Thursday morning, the NGO said in a statement.

Italy’s far-right interior minister Matteo Salvini had earlier said that the ship, which flies under the Dutch flag, should “go to Holland”.

But Toninelli later said that the Dutch government denied that the boat was registered in their country. Responding to a request from the Italian government, the Netherlands said the ship was “unlawfully, illegally flying the Dutch flag”, Toninelli said in a Facebook video.

The Dutch representation to the European Union tweeted that the ships Seefuchs and Lifeline did not sail under the Dutch flag. “These ships belong to a German NGO and do not appear in the Dutch naval registers,” the tweet said, though Mission Lifeline posted a photo of a document that it said showed the contrary.

Toninelli accused the Lifeline boat of violating international law by taking the migrants aboard despite the fact that the Libyan coastguard was already intervening. He added that the boat of putting the migrants’ lives in danger, saying the ship had a “capacity to carry 50 people” but had taken onboard more than 200.

But unlike Salvini, Toninelli said Italy would take in the migrants. Italy “will once again save the migrants” and transfer them onto Italian boats, said Toninelli.

“And we will seize the ship,” he said, adding that the Seefuchs boat would receive the same treatment. “For us, saving lives, but safely and legally comes first,” he said, branding the rescue boats as “irresponsible”.

Questioned about Lifeline’s fate at a rally in the city of Terni on Thursday evening, Salvini said: “It’s a pirate ship, like Captain Hook’s,” Italian news agency AGI reported.

“I don’t want ghost ships in Italian ports. If they come to Italy, we will denounce them to the authorities for facilitating illegal immigration,” he is reported to have said. Salvini has repeatedly accused NGOs of being complicit with human smugglers operating in Libya.

In a statement Lifeline said it had rescued the migrants “in line with all international regulations” and called for a “port of safety to disembark those rescued”. The organization said it feared “a similar situation to the Aquarius could be on the horizon”.

Earlier this month Salvini refused to open its ports to the Aquarius, leaving it stranded in the Mediterranean. The boat was eventually taken to the port of Valencia in Spain.