Exclusive! Just in from Mullah: 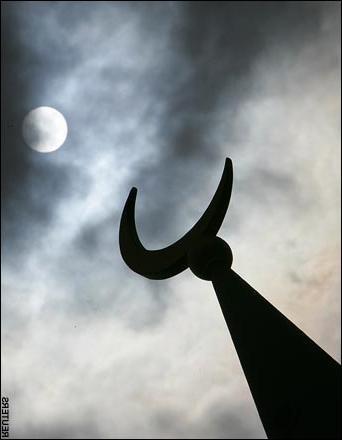 The following sensitivities need to be observed on greeting orÂ introduction:

Devout Muslims do not shake hands with the member of the opposite sex.

Muslims do not expect any non Muslim to greet them with the Islamic Â greeting “assalamu `alaikum”
meaning Â “Peace be upon you”, with the response “wa `alaikumus salam”meaning ” and upon
you be peace.” So it is not necessary for a non Muslim to learn the Â Islamic way of greeting, since
it is acceptable to greet Muslims with normal English greetings such as Â `good morningÂ´ or `good
eveningÂ´.

–
The following sensitivities need to be observed in seating arrangements Â for interview purposes or hostingÂ official functions:

Muslim clerics prefer not to be seated next to women. Â Â Muslim men and women prefer to sit in two separate groups to avoid Â mixing with one another, men Â on one side and women on the other.
Dress and Appearance:Â The following dress codes apply:

–
The Islamic dress code for males and females is prescribed to be modest. Â Â Muslims can wear any national or chosen dress code if it loosely covers Â certain parts of the body, Â consisting of the area from the navel to knee for the male, and the whole Â body with the exception Â of the face and hands for the female. These areas of the body are referred Â to as Awrah. 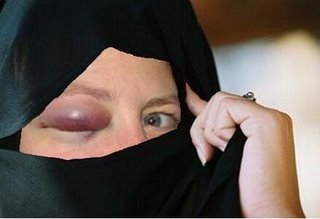 The wearing of the Niqab or Purdah (face cover) by Muslim women is not Â considered essential by
most Muslims.

–
Recognising appropriate foods and beverages is essential in responding to Â the needs of religious
communities. When hosting people from diverse religious and cultural Â backgrounds, as a matter of
good practice, always serve a selection of vegetarian and meat foods on Â separate trays. A variety of non
alcoholic drinks should also be available at any offi cial function. The Â following issues relating to food,
drink and fasting should also be understood:

If possible, organise all food to be Halal. This is easy to arrange and Â ensures everyone can eat.
Islamic tradition does not allow the consumption of alcohol. Â Â During Ramadan, the name of the ninth and holiest month of the Muslim Â calendar, Muslims do not
eat or drink from dawn break to sunset.

Read it all, there is more, much more>>>