Silly Jews. The Muslims didn’t come for the kumbaya. They came to spy:

Will the Knesset have the courage to say ‘enough’? 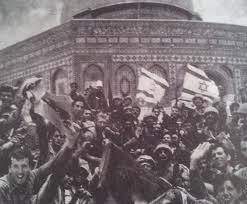 Police clashed with ‘Palestinians’ on the Temple Mount once again Tuesday morning…Â as soon as the Mughrabi Gate leading to the Mount was opened.

Police clashed with dozens of Palestinian youths at the Temple Mount in Jerusalem who threw rocks and fireworks at them following the opening of the Mughrabi gate. Some of the men wore masks, according to police.

Three young men were arrested, while the rest were dispersed by a stun grenade thrown by police. According to Palestinian media, several of the youths were injured. The Israel Police said no Palestinians were injured.Â  (Carl in J’lem)

The guests heard the history of the Great Synagogue and the NSW Jewish community and asked a number of questions, including about kashrut and local Jewish history. At lunch the group discussed topics including the size of the Jewish community worldwide, cultural commonalities and local media and politics. Further meetings are planned.