A Ukrainian sniper is forced to kneel at a memorial to those killed by the likes of him during the recent protests.

16 Lenin monuments went down just today all around Ukraine

While the atmosphere in Kiev remained tense, protesters in cities throughout Ukraine pulled down statues of Vladimir Lenin, which are seen as symbols of Moscow’s rule over the ...Â More

‘They are fallin’: Monuments to Vladimir Lenin do forced faceplants in Ukraine

The wheels Â came off in the Ukraine, where after millions were killed by Stalin during the Holodomor people are understandably sick of Russians and their proxies domineering them.Â As of last night:

Al BeBeeBeeCeera leftards are too embarrassed to report it. So far we know of at least 16, while BBC reports only on one.

Ukrainian president flees, but this fight is not over

The Opposition seizes power in Ukraine in a conflict that could set East against West – and tear the country in two:

President Viktor F. Yanukovych fled Kiev on Saturday to denounce what he called a violent coup, as his official residence, his vast, colonnaded office complex and other once impregnable centers of power fell without a fight to throngs of joyous citizens…

While Mr. Yanukovych’s nemesis, former Prime Minister Yulia V. Tymoshenko, was released from a penitentiary hospital, Parliament found the president unable to fulfill his duties and exercised its constitutional powers to set an election for May 25 to select his replacement. But with both Mr. Yanukovych and his Russian patrons speaking of a “coup” carried out by “bandits” and “hooligans,” it was far from clear that the day’s lightning-quick events would be the last act in a struggle that has not just convulsed Ukraine but expanded into an East-West confrontation reminiscent of the Cold War…

A pugnacious Mr. Yanukovych appeared on television Saturday afternoon, apparently from the eastern city of Kharkiv, near Ukraine’s eastern border with Russia, saying he had been forced to leave the capital because of a “coup,”…

Regional governors from eastern Ukraine met in Kharkiv and adopted a resolution resisting the authority of Parliament….

Mr. Yanukovych said in his television appearance that he would be traveling to the southeastern part of Ukraine to talk to his supporters â€” a plan that carried potentially ominous overtones, in that the southeast is the location of the Crimea, the historically Russian section of the country that is the site of a Russian naval base. 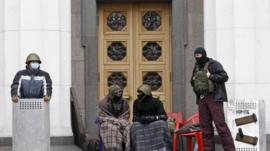 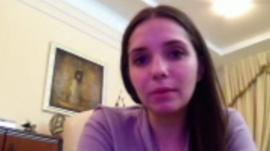 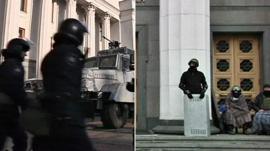 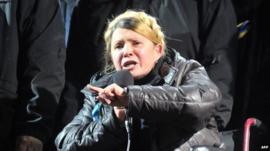 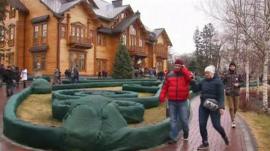 If only today’s hyperpoliticized “mainstream” media had been around in Stalin’s time, FDR’s Uncle Joe might have been remembered more fondly.Â Walter Duranty, who won a Pulitzer for the New York Times by covering up the Holodomor in order to advance communism, was downright fair & balanced compared to the hard left apparatchiks who put and keep Obama in power. EvensportscastersÂ spew moonbat rhetoric.

4 thoughts on “Ukraine vs Russia?”