Hundreds of Arab rioters to the Temple Mount, the holiest site in Judaism, surrounded and harassed a group of Jews visiting the site on Wednesday morning.

The group’s guide, Asaf Fried, toldÂ Arutz ShevaÂ about the incident in which Arab rioters shouted at the Jews, chanting “Allahu Akbar” (“Allah is greater”), and holding up three fingers in a celebratory sign of the three Israeli teens kidnapped two weeks ago.

Video from the charged confrontation, in which at one point a Muslim woman hits the camera, can be seen here:

Fried toldÂ Arutz ShevaÂ that in the 22 years that he has been visited theMount, he has never seen such a serious and shocking breaching of the public order. (continued below the fold)

Â Jordan threatened by ISIL jihadists – and only Israel can help

Last week, the jihadist group that is destabilizing Iraq and has caused chaos in the Syrian revolutionÂ made an appearance in Jordan:

AMMAN â€” Dozens of supporters of the Islamic State of Iraq and the Levant (ISIL) rallied in Maan on Friday marking the upstart jihadist movement’s first public appearance in Jordan.

The jihadists gathered in the southern city, some 220km south of the capital, to celebrate ISIL’s recent military gains in Iraq, praising what they described as “victories for Islam”.

Raising the banners of ISIL, some 60 supporters marched in downtown Maan and chanted: “Today Iraq, tomorrow the caliphate” in reference to the group’s stated goal of re-establishing a greater Islamic state, eyewitnesses said. 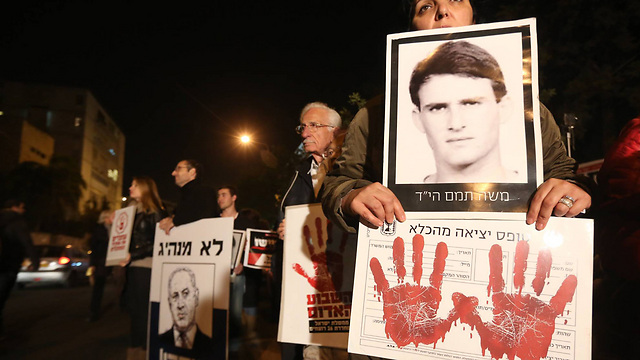 “Abu Mazen (Abbas) actively encourages terror with the paycheck he gives to Palestinian terrorists and whoever finances terrorists is a terrorist. This outrageous payment, up to 12 shekels per month, from the Palestinian Authority to terrorists must be stopped immediately. This payment method (rewards) those who kill more by giving them more money.”

Israeli police authorized the visit of Fried’s large group of Jews who came from around Israel, but the harassment began soon after they ascended to theÂ Mount.

“We’re already used to them shouting at us,” said Friend, noting that police directives mandate that when faced by Arab shouting, Jewish groups are to advance quickly and try to escape the Arab visitors.

This time however things got out of hand, as more and more Arab rioters joined the jeering mob as the Jewish group advanced.

“It started with children in a Hamas summer camp, continued with women who joined and slowly the wave of attackers swelled. More and more older people joined the calls of ‘Khaybar Khaybar O Jews,’” said Fried, noting an anti-Semitic Muslim call recalling an massacre of Jews in Mohammed’s times.

Fried reported that the Muslim rioters threwÂ shoes, along with the shouts and curses. Eventually the deafening din caused Fried to stop trying to provide the group he was guiding with information about the holy site, given that he simply could not be heard.

Police tried to separate between the approaching Arab rioters and the Jewish group, with more officers showing up as the situation grew quickly out of the control.

However, Fried reports that the roughly 40 officers’ attempt to separate collapsed in the face of the hundreds of Arab rioters. At that point, the police occupied themselves with hurrying the Jewish group off of the MountÂ as quickly as possible.

“We can’t pray, but they can curse and throw things”

“It wasn’t just an unpleasant feeling, but rather a feeling that at any second someone could whip out a knife and stab someone. The local rules of visiting prevent us from praying out loud and we are forced to receive those rules and pray in our hearts, but they are allowed to curse, shout and throw things at us,” said Fried, summarizing the discriminatory status quo.

Fried reports that the police avoid arresting Arab rioters or those leading the mob so as to “keep the quiet,” and that if any arrests occur, the rioters are quickly released out of a fear of Arab repercussions.

“The Arabs understand that. They feel in charge. They’re manipulating the kidnapping and the minor Israeli response – they feel they are winning. I would expect as punishment for the kidnapping that the Arab movement on theÂ MountÂ be arrested, or at least that the Hamas summer camp on theMountÂ would be stopped,” said Fried.

The visitors to theÂ MountÂ in Fried’s group report that the incident gave them a fuller understanding as to the current reality of the holy site, which is under the de facto control of the Jordanian Waqf (Islamic trust).

There has been an ongoing discussion about Jewish prayer rights on the Mount, with a meeting on the topic held by a sub-committee of theÂ Interior Committee a day earlier on Tuesday. Fried remarked that the debate about rights has given Hamas a free hand to take over the site by creating a reality on the ground.

Fried lamented the words of Police Commissioner Yohanan Danino at the Committee meeting on Tuesday, in which he said “police blocked entrance to the TempleÂ MountÂ on Friday to 30,000 Arabs; that’s aÂ numberÂ larger than all the Jews who ascended theÂ MountÂ since the Six Day War” when the site was liberated by Israel.

The statement reveals the reason why Arab visitors feel in charge of the site, says Fried, adding “those who don’t ascend (theÂ Mount) give the site to Hamas.”

Kalfa noted that one suggestion of the Committee was to maintain the practice of closing theÂ MountÂ to Jewish visitors after Arab mobs riot there, an event that hasÂ often repeated itself. Additionally, the Committee decided to let the Waqf charge tourists to visit theÂ Mount.

The MK argued thatÂ HamasÂ has been given control of the holiest site in Judaism.