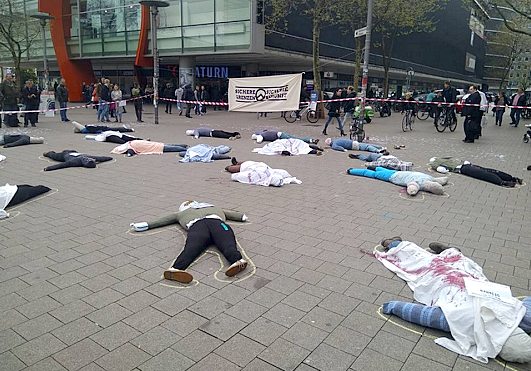 Earlier this afternoon our German translator Egri Nök sent several photos she found on Facebook of an action staged in Hamburg by the Identitäre, the German version of Génération Identitaire.

She includes the following notes about the event:

The Identitäre are doing a GREAT “performance” right now in Hamburg.

The poster says “Safe Borders — Safe Future”. They are holding this event right in the main shopping street downtown. 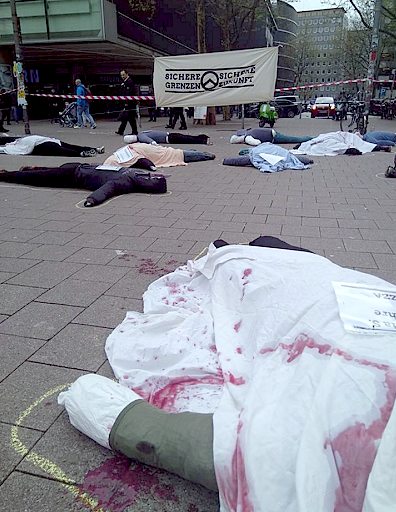 The government have classified the Gen Ident as verfassungsfeindlich, a technical term meaning “hostile towards the constitution”. So liking them will put you under surveillance.

(Just goes to show how the criminal Merkel regime has turned the constitution on its head. )

Being classified that way means you are excluded from being a teacher, for example, or other offices. It also means that your communications will be monitored.

The purpose in this case is clearly to scare people away from joining the Identitäre. 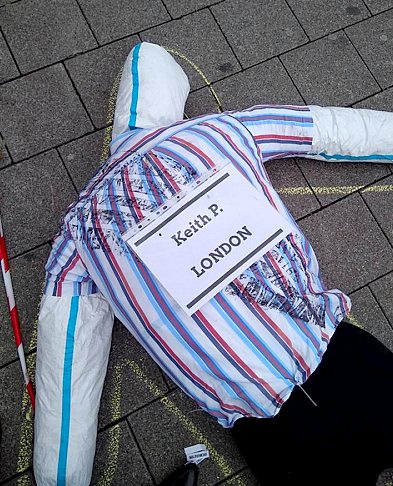 One thought on “Street Theater in Hamburg by the Identitäre”