Don’t you hate it when you build the pyramids and you’re just about to launch them to the stars then evil crackers turn up and start making you pick their cotton? 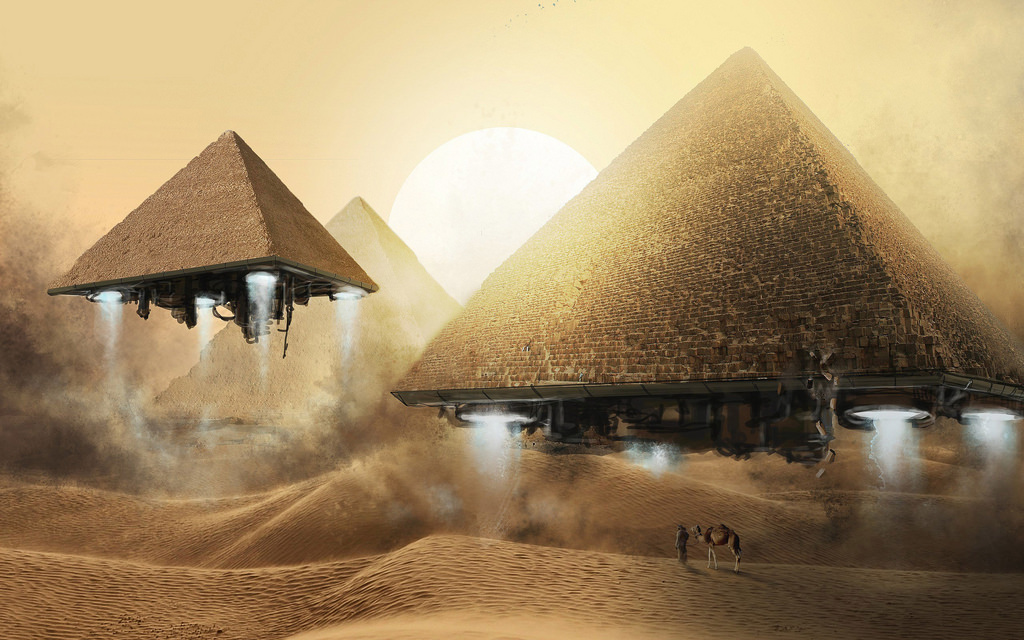 They could have had fried chicken on Alpha Centauri. Instead, we got Detroit.

If you’ve ever wondered what the black utopia would have looked like before we ruined it, now you can see it. 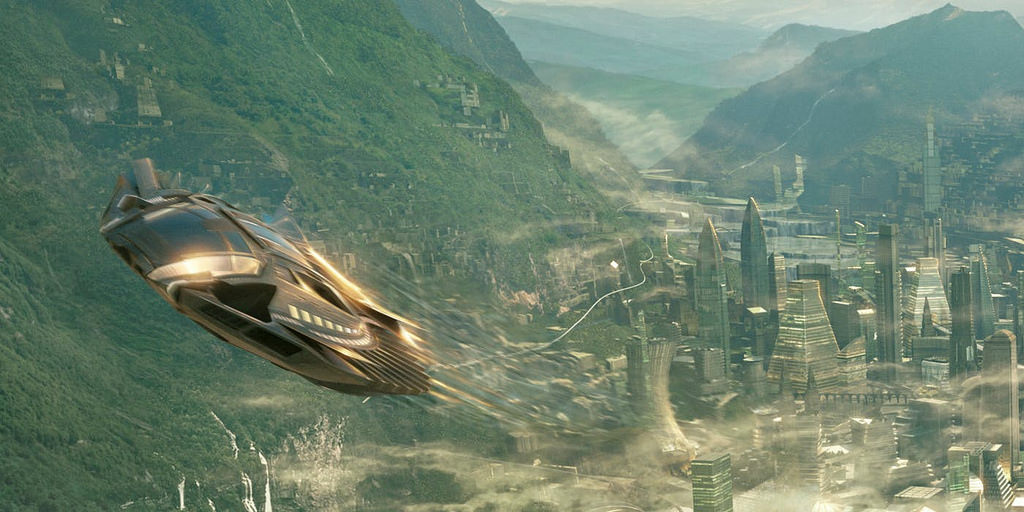 It’s got super advanced technology, rare super minerals and super enlightened leadership which its people then share with the rest of the world to help it develop.

It’s not very believable, to be honest. I mean, where are the basketball courts? The bush meat markets? The child sacrifice?

Despite these omissions, the Marxist media has busted a nut shilling for this masterpiece of Negroid civilisational perfectionism. 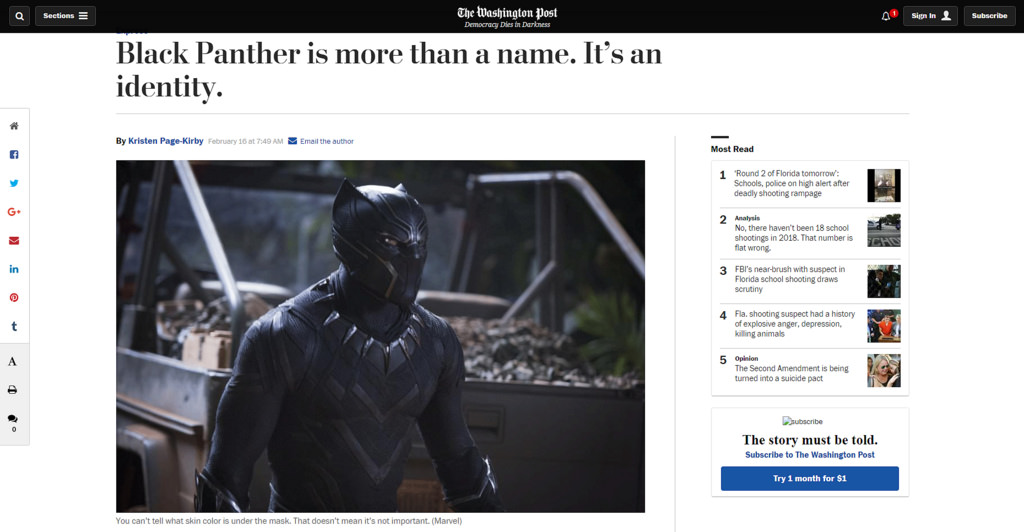 Best of all in Wakanda, there are no evil white people.

The Black Panther comic book series was created by Jews Stan Lee and Jack Kirby in 1966. Which is (coincidentally) the same year the terrorist black nationalist group the Black Panthers was founded in California.

Who are the template for the Black Lives Matter movement, funded by Jewish oligarch George Soros, and which has killed police and burned down cities in the US.

Is it another coincidence that, just as the globalist-engineered race war is coming closer and closer, this movie comes out?

The film is a standard hero quest – young man born to greatness but with obstacles in his way overcomes said obstacles and brings about a transformation in himself and in his world. It’s a template as old as the Bronze Age.

Which, incidentally, sub-Saharan Africans never reached. A fact which we have not been allowed to think let alone say for fifty years.

When you look around at our societies today, it seems that George Orwell’s warning to us of the dangers of totalitarian mind control in 1984 were wrong. The society he portrayed was realised in the East, but here in the West we avoided the Marxist bullets to the back of the head, right?

Only partly. We don’t have black vans filled with Antifa AIDS-zombies dragging people from their homes in the middle of the night for making memes.

But what we do have is an engineered system of thought control which has made it impossible for us to point to cultural, racial and gender realities without severe social and economic consequences.

The engineering has been done on university campuses for the past century, but particularly since the late 1960’s when violent radicals such as the Black Panthers took university administrators hostage and conquered the ivory tower of academe by force. This was the greatest and most important victory of Western Marxists.

This programming has created in Westerners a worldview based on radical cultural, religious, racial and gender universalism; a worldview which incidentally has served the interests of the financial elite just fine.

Now those last bastions of implicit white identity have fallen. You can’t even play Civilization now without getting nuked by Shaka Zulu.

There are some racial groups in the world who have built civilisations. From every continent except Australia and Antarctica (that we know of), indigenous civilisations have emerged. They have had varying levels of complexity and human wellbeing, and across every metric our Christian one has been the best to live in.

Blacks have never created a civilisation, and despite the fervent efforts of postcolonial revisionists in neo-Marxist university departments to prove otherwise, there is no reason to believe that large numbers of blacks can sustain civilisation either.

The archetype that Wakanda is drawing from is not a black, but a white one. The creators of Black Panther have used some vision of Gondor fused with nativist aesthetics and the Noble Savage myth drawn from Jean-Jacques Rousseau to confect a utopia that will never exist.

This would be harmless enough, were it not for the subsequent weaponisation of black grievance which this revisionism and myth-making has been used to achieve in the real world. The myth of black superiority is a dangerous lie. It is what has animated chubby brown campus millennials to turn feral and violent in recent years. And it’s only going to get worse until we stop pretending 2 + 2 = 5 and start to speak uncomfortable truths regarding real diversity between human identity groups.

The globalists want a race war; a final global revolution against white male hegemony and the Christian civilisation we built by all the groups we’ve oppressed over the centuries. That’s the purpose of the programming.

The presidency of Barry Soetoro played a key role in advancing that agenda, and as you’d expect the slimy former prof is still at it to make sure white America never becomes great again.

His latest ploy was revealed in he and his wife’s gauche and tasteless official portraits.

More than just another crass debasement of the presidency, the Obamas’ choice of artist was particularly telling about what their role has been in the globalist plan to destroy Western civilisation.

For the paintings, Obama chose artist Kehinde Wiley. Fair enough that he chose another gay brutha for the job. It’s only human to prefer those similar to us.

Wiley also likes to do things differently, like Barry. Such as including sperm in his paintings.

The seditious, and treasonous, aspect of Obama choosing Wiley to do his portrait has to do with Wiley’s previous works. He is well known for painting figures of black women holding the decapitated heads of white women. 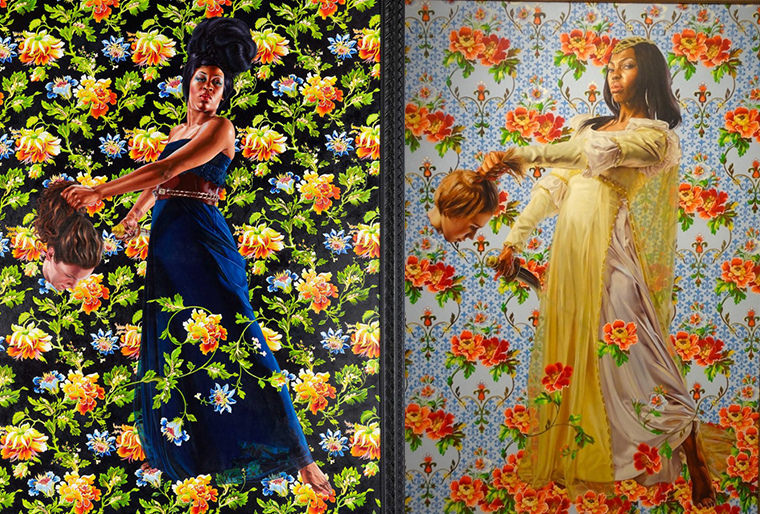 Which is clearly a reference to not only black-on-white violence in America, which is out of control, but also Kathy Griffin’s stunt holding Donald Trump’s head.

This is a call to race war and presidential assassination. By a former president. This is the point we’ve reached.

Wiley’s entire career has been devoted to the cultural demolition of the Western historical canon. The sole aim of his work is to mock white culture.

To do this, Wiley applies a style which is common among anti-white, postcolonial ‘artists’. They like to take classic images from Western culture and degrade them by replacing historical figures with contemporary kangz.

Like this random gay black dude Wiley grabbed from the street and turned into Alexander the Great. After a bit of Greek love, presumably.

If you go to your own local art gallery, you’ll see the same noxious hate-art. Here though, it will be Aboriginal or Pacific Islander figures being used to mock Australian culture and heritage.

Of course, it’s not just the great leaders of Western history that kang Kehinde likes to mock. He also mocks Christianity, like in this 2006 painting lampooning a 16th century portrait of St Andrew. 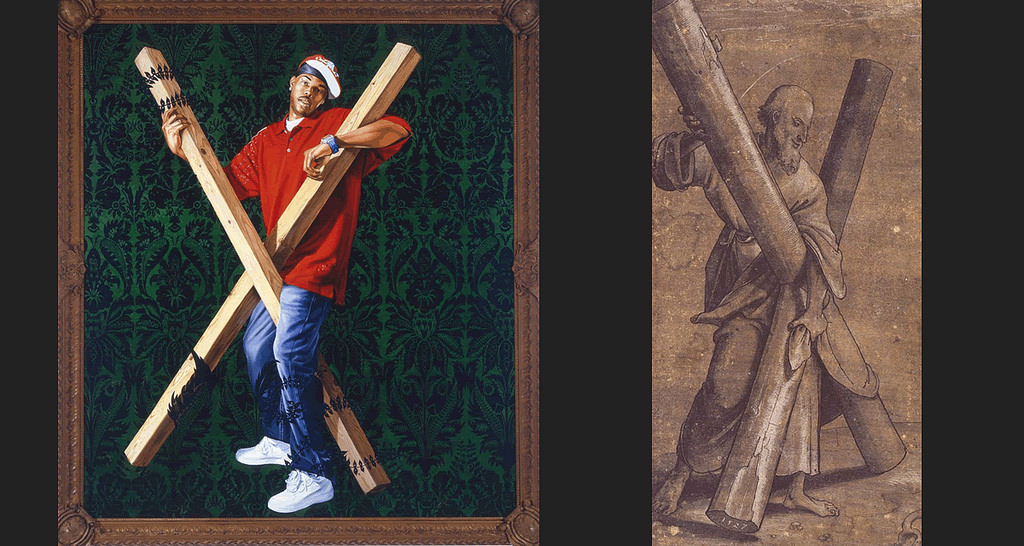 Kehinde is not famous because he’s a great artist. He’s an opportunist; a brown hustler who identified the self-hatred of the brainwashed white elite and has used it to get fame, wealth and power.

It’s a hustle we’re all too familiar with down here. 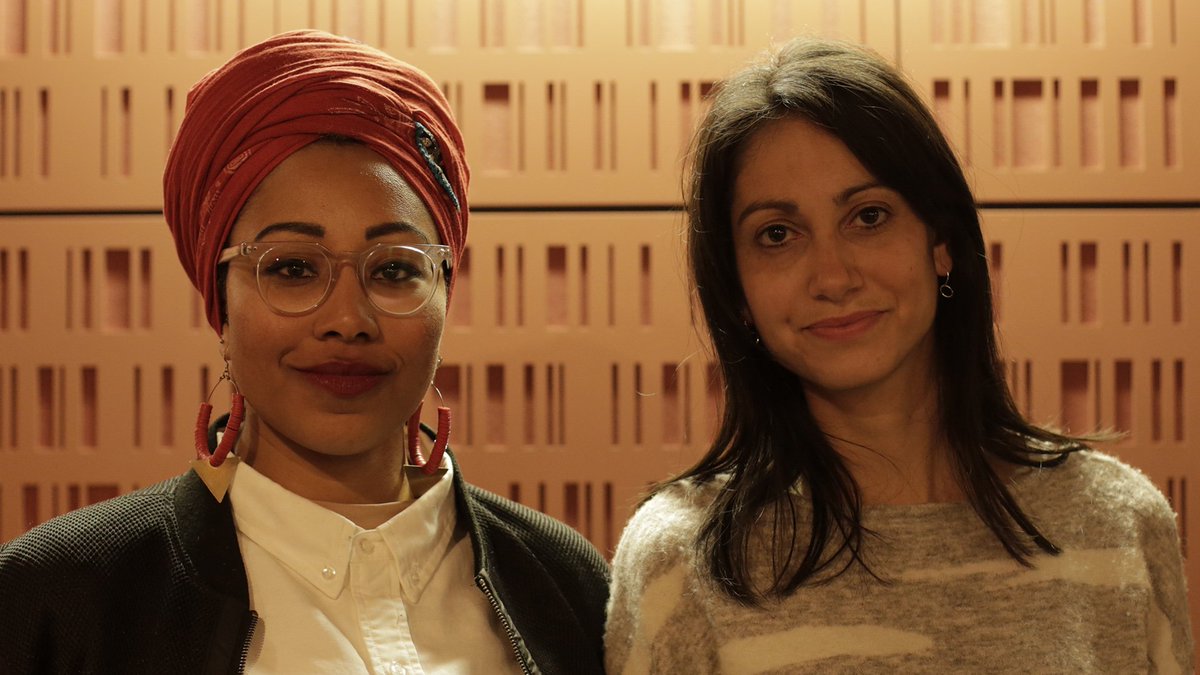 When feminists attack each other online, how does this look for the women’s right movement? Activists and writers @Yassmin_A, @STP__Tweets and @RosaSilverman join @JaneGarvey1 to discuss: http://bbc.in/2Ckd4Yf

And it’s one that has the full support of corporate globalism.

Roses are red
Violets are blue
Subscribe to black creators.

Milquetoast conservatives and libertarians can keep pretending that colour doesn’t matter, we all bleed red and collectivism is dangerous, but that won’t stop the psychopaths pushing this race war agenda. The first pushback against this propaganda war was the meme rebellion, by young white men who were willing to be labelled Nazis and thought criminals. Cucking now will ensure we lose.

2 + 2 = 4 and there will never be a native black civilisation. Either they go back to a prehistoric lifestyle or they are colonised and ruled. That’s just the way it is.

That wasn’t the purpose. The purpose was to destroy Gondor. 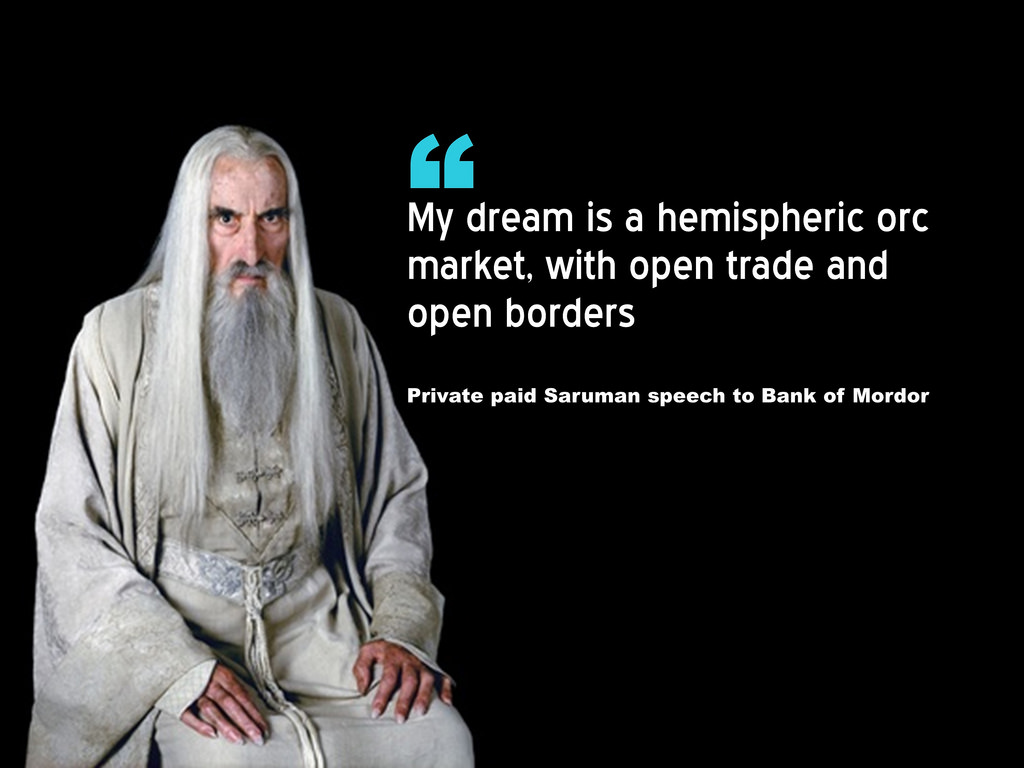 8 thoughts on “Wakanda: The only black civilisation. Ever.”