The “known to police petty criminal”  declared allegiance to Islamic State before he was shot. He attacked on a Friday, as they always do. The hostage-taking gunman responsible for at least three deaths in Carcassonne, France Friday has been shot dead after demanding the release of Salah Abdeslam, the sole remaining killer of the 2015 Paris attacks from Prison.

Friday’s attacker, who has been identified as Moroccan origin Carcassonne resident Redouane Lakdim, who attacked police and a supermarket with weapons including a handgun made the demand for France to release its most closely guarded prisoner, the terrorist Salah Abdeslam Friday afternoon.

Not “warning,” but triumphantly “predicting.”

Described as ‘public enemy number one’ by French newspaper Le Figaro, Abdeslam was a delinquent-turned terrorist cell member who was part of the November 2015 carnage that killed 130 in locations across the city including the Bataclan theatre. The Super-U market in Carcassonne, France, which was at the centre of a hostage siutation with an Islamic-State affiliated Moroccan origin male Firday / Getty Images

The hostages taken by tLakdim in Carcassonne, France have now been released with reports stating the final hostage was exchanged in return for a 45-year-old lieutenant colonel of the French Army. The gunman was shot dead by French police shortly afterwards, with the government stating while the individual was known to police for petty crime, he was not a known Islamic radical.

Three were killed in total during Lakdim’s attack, including the passenger of the car he stole to launch the attack Friday morning.

Reports stated a group of police officers in civilian clothes on their morning run had been attacked by Lakdim from the car, who may have attempted to run the group down and fired a number of shots from the vehicle before driving away.

Police entered into a standoff with an attacker at a supermarket approximately fifteen minutes away from the site of the first. Specialist counter-terror assumed responsibility for the investigation and French Prime Minister Edouard Philippe confirmed the incident is being treated as a terrorist attack.

Two have been killed in the attack and a dozen more injured, reports Le Figaro, which quotes a witness at the scene who said the ‘Allah Akbar’ shouting assailant was seen in the supermarket carrying knives, a handgun, and grenades.

The French Interior Ministry confirmed the ongoing incident in Trebes, Carcassonne, in a Tweet which urged the importance of the ongoing police operation and which pleaded with members of the public to not “spread rumours” about the nature of the attack. The interior minister, who was visiting a police academy when the attack took place, said on Twitter he was immediately travelling to the scene.

‘Muslims Say France Will Be Theirs One Day’

The Roman Catholic Archbishop of Strasbourg Luc Ravel (photo below) has called attention to the demographic shift in France saying Muslims are having far more children than native French and slammed the widespread “promotion” of abortion.

The Archbishop of Strasbourg went against the grain of Church leaders in France who have largely remained politically correct on the issue of demographic changes occurring in the country. He said the rising birth rate of Muslims in France was leading to what prolific French writer Renaud Camus has termed “the Great Replacement”, French conservative magazine Valeurs Actuelles reports.

“Muslim believers know very well that their birthrate is such that today, they call it … the Great Replacement, they tell you in a very calm, very positive way that, ‘one day all this, it will be ours’,” he said.

Camus called the current mass migration policies in Europe the biggest shift in peoples and their values since the barbarian invasions in the third century which led to the collapse of the Western Roman Empire. 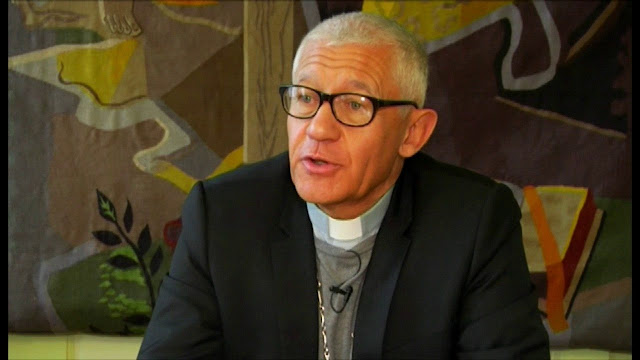 In recent years, the term has become more commonplace in French political dialogue. Many in the anti-mass migration Front National have adopted the term as well as conservatives like Gaullist politician Nicolas Dupont-Aignan, who allied with FN leader Marine Le Pen during the presidential campaign.

Mayor of Béziers Robert Ménard also used the term earlier this year when referring to the high number of Muslim students in the city’s schools. A court fined Mayor Ménard 2,000 euros for his comments after finding him guilty of “hate speech”.

The anti-mass migration Identitarian youth movement is also an advocate of Camus’ theory and uses it as a basis for their rejection of the open borders policies of those on the left. The group, known for their often spectacular protest actions, are currently organising their own search and rescue (SAR) mission in the Mediterranean Sea labelled “Defend Europe” where they say they will work with the Libyan coastguard to monitor migrant rescue NGOs.

The pro-migrant NGOs have been accused by Italian prosecutors of conspiring with people smugglers and the Identitarians say they will use their own ship to track the NGOs and document any evidence of collusion with the smugglers.

Below, writer and advocate for French sovereignty Renaud Camus: 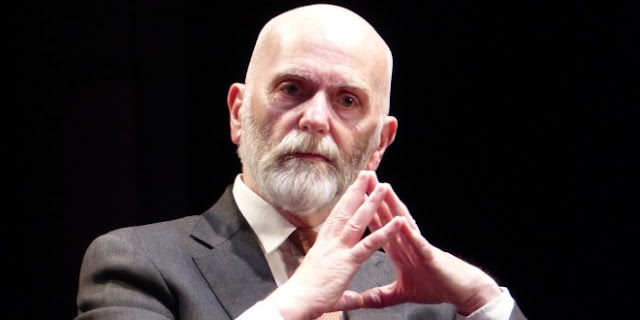 In addition to the above information, the French website Christianophobie reports that there were 878 acts against Christian edifices and tombs in France in 2017. The author, Daniel Hamiche, admits he was far off when he first reported 256 cases, using his own underfunded methods for determining the figure:

Eight hundred seventy eight acts is almost five every 48 hours! It’s not insignificant. What is interesting is to compare these attacks on Christian edifices to those reported during the same period for Jews and Muslims.

I feel the figures speak for themselves…

Note: At the website of the Interior Ministry where the above statistics are posted, we find an elaboration of the data and pledges from the ministry to monitor carefully and prevent or punish acts of racism, antisemitism, as well as acts of hatred against the LGBT community. The references to Christianity, the most threatened group, are minimal. There is a reference to “anti-Christian” acts in the first line. The next two paragraphs speak of “racist, antisemitic and anti-muslim” acts. The fifth paragraph from the end notes the 878 acts against Christian edifices. The final summing up reads:

The creation of DILCRAH (Interministerial delegation on the fight against racism, antisemitism and anti-LGBT hatred) constituted a first stage. In 2017, more than 600 local and national projects were financed to implement the interministerial plan to fight racism and antisemitism. A new plan for 2018-2020, that will be made public in the weeks to come, will be the occasion for launching a national mobilization to fight against hatred and reaffirm our attachment to the values of the Republic.


Below, a scene from a 2008 anti-Christian demonstration in Chicago. 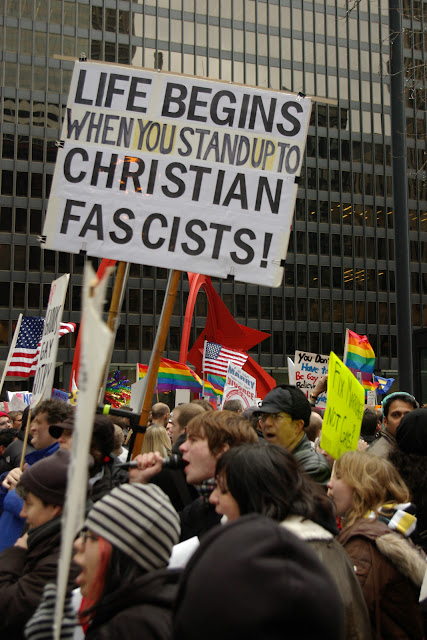