Authorities used riot police buses to block roads near the construction site during the rally, which ended with no reported arrests. 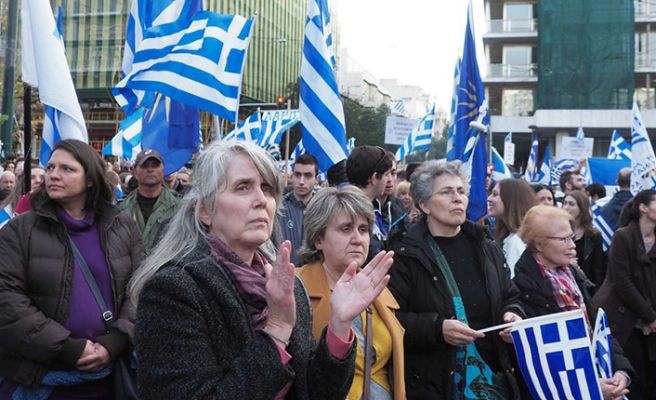 Several hundred supporters of Greece‘s Golden Dawn party  staged a protest near central Athens on Wednesday evening against plans to build a state-funded mosque in the Greek capital. After years of delays, the government has agreed to build the mosque in an old industrial area of Athens to serve its large Muslim migrant community as well as tourists. Muslims currently use prayer houses set up unofficially.

Golden Dawn leader Nikos Michaloliakos spoke at the rally and described members of Greece’s left-wing government as being “traitors.”

The Lying Liars of the Ipswich Borough Council

Posted on September 1, 2018 by Baron Bodissey

A pub called “The Mulberry Tree” closed down last year in the English city of Ipswich. It’s understandable that the owners felt the need to close it — as the “Britons who have lived here for a long time” fled the area in an attempt to escape the relentless cultural enrichment, the halal community that now dominates that area of the city had no use for an establishment that serves alcohol.

Now a Muslim organization has acquired the former pub and wants to convert it into a mosque. Yet the group hid its intention behind a planning application to the borough council proposing a “community centre” — nothing about a mosque.

But now the Muslims of Ipswich have been caught out in their lies — check out the following excerpts from promotional videos (both in English and in subtitled Arabic) in which they cheerfully announce their plans for the new mosque:

For a taste of the politically correct view of the Mulberry Tree controversy, here are some excerpts from a full-dhimmi op-ed in the The Ipswich Star:

Is Social Media Really Good for Communities — or Does it Fan the Flames of Hatred?

A “youth” (now identified as Jawed S.) stabbed two people in the main train station in Amsterdam before he was shot and wounded by police. As the article below reports, young Jawed is a “German” and not a “Dutchman”. (He is neither. He is a Moslem savage from Afghanistan. The passport he holds doesn’t make him “Dutch” or “German”.)

The article doesn’t include the news that the two lightly-wounded victims were American tourists. For more on that development, see for example this BBC report.

JIM is not mentioned in any of these articles, but the Dutch authorities have been forced to admit that Jawed S. had a “terrorist motive”. Are we surprised?