Can’t keep a good man down. What have we done to deserve this?

A controversial Islamic sheik who compared uncovered women to ‘pieces of meat’ has been sworn in as Australia’s top Muslim cleric.

The event took place in front of fellow Imams, community leaders and worshippers, but not all leaders were made aware of the move. 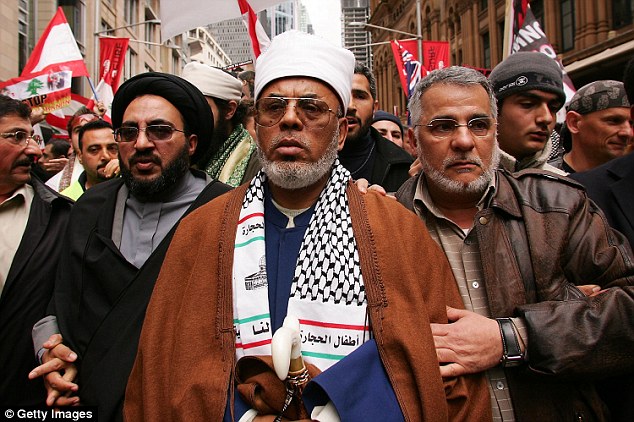 Mr Hilaly was apparently reluctant to take the role of Grand Mufti of Australia, a position he last held 11 years ago before he stepped down amid a series of controversies.

A source from within the Muslim community told the publication the outspoken Mufti only accepted the role after he was ‘pressured’ from community leaders.

‘They were begging him,’ the source told The Daily Telegraph.

The outspoken sheik stepped down as Australia’s Grand Mufti in 2007 after he caused offences with a series of controversial comments.

In 2006, he caused outrage after he said women who do not wear the veil are like ‘uncovered meat’ who attract sexual predators.

And then in 2007, he upset critics by saying Muslims are more Australian than those with convict ancestors, The Sydney Morning Herald reported. 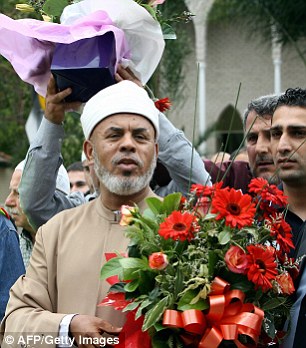 Some community members believe Dr al-Afifi was only given the role to allow for the current acting Grand Mufti Ibrahim Abu Mohamad to assume the title after his death.

Dr Mohamed was forced to take a 12-month break from the role after he completed the maximum two three-year terms in March, but returned in July after Dr al-Afifi’s death.

His return to the top job reportedly fueled tensions within the Muslim community and aided suspicions that the terminally ill Dr al-Afifi was only appointed to prevent the publicly nominated candidate Sheik Yahya Safi from being anointed.

‘They knew before they appointed Al-Afifi that he was dying, that he had cancer,’ Abrahim Zoabi of the Voice of Islam radio network told The Australian at the time.

The move to reinstate Mr Hilaly comes just days after he reposted a comment from 2016 on social media that called for the position of Grand Mufti to be abolished.

However, a former spokesperson for Mr Hilaly, Keysar Trad, told the publication the decision to reappoint him had been on the cards for several months.

‘Discontent has grown over what many in the community see as an exclusive club with musical chairs, known as the Australian National Imams Council (ANIC) and the position of Grand Mufti,’ Mr Trad said.

While Mr Hilaly has agreed to take on the role, Imam Abdul Quddoos told The Daily Telegraph his appointment won’t be finalised until Imams meet in Sydney next week.

Mr Hilaly was chosen for the role because he ‘is the most capable person in Australia’, he added. 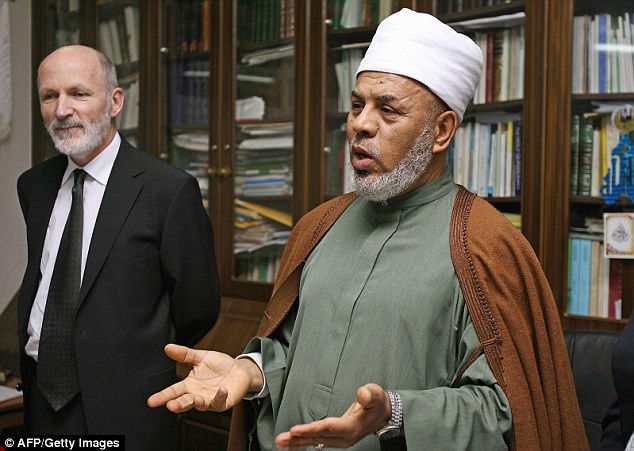 Mr Hilaly (right) was apparently reluctant to take the role of Grand Mufti of Australia, a position he last held 11 years ago before he stepped down amid a series of controversies

Andrew Bolt’s take on this is stuffed with nonsense about the “moderates” who should somehow oppose the “radicals”.

HILALI IS A LEADER TO MAKE US FEAR ISLAM

SHEIK Taj Din al-Hilali is back. What bad news for Australia, and even worse for Muslims.

Muslims may complain about “Islamophobia”, but why wouldn’t Australians fear Islam when they see what leaders Muslims keep choosing?

Hilali was Australia’s Grand Mufti until 2007, but was last week anointed Mufti again in Brisbane’s Logan Mosque, before a big crowd that included the Australian Federation of Islamic Councils’ vice-president.

What are these people thinking?

Hilali may be hailed as a “moderate”, but he called the September 11 terrorist attacks “God’s work against oppressors” and praised suicide bombers as “heroes”. A decade ago, he called the Holocaust — the Nazi murder of six million Jews — “a ploy made by Zionists”, after accusing Jews of using “sex and abominable acts of buggery, espionage, treason and economic hoarding to control the world”.

5 thoughts on “Australia’s Catmeat Sheik is Back!”