Diversity is not strength. Diversity divides. Unity unites us. Unity gives us strength.

If the Left so strongly supports ‘diversity’ why do they spend so much time trying to close down opinions different to their own?

May gave a very similar speech in December 2016. This one is just recycled, but she included in it the same libel of me that she put in the first one. (Read it all, here)

Australian jihadis who were expected to return from Iraq and Syria are instead on the run, possibly in western Europe:

Victorian counter-terrorism chief Ross Guenther said yesterday predictions of scores of fighters returning to Australia after terror campaigns in Iraq and Syria had not eventuated.

‘He told them that he was going to die fighting for God.’ Footage of Westminster Bridge attacker Kahlid Masood calmly driving his rental car around Westminster days before the attack has been shown in court.

Khalid Masood’s final days of preparation before the Westminster Bridge attack were detailed at the inquests into his victims’ deaths by Detective Chief Inspector Dan Brown.

The inquest into his victims’ deaths also heard that during video calls to his younger children, who were living in east London while he stayed in Birmingham, he told them about dreams he had been having.

Assistant Commissioner Guenther said it was difficult to determine where many of the fighters had landed, adding it was hard in some places to penetrate borders and there was ambiguity about where in Europe potential killers had vanished.

Has anyone checked recent welfare applications?

The second question confronting Australia is what to do with the families of these terrorists when, or if, they return home.

Ask the Greens, and then do precisely the opposite.

At the heart of the Victorian counter-terrorism strategy is a desire for prevention. Of the 41 people charged with terror-related offences between 2005 and this year, 37 were Islamists, one was far right-wing and three were separatists. Only one was female.

Only one? This sexism is disgraceful.

Lone-wolf attacks are considered a key threat in Australia, and police are intensifying their work with mental health experts to head off terrorism threats from the violently fixated.

Mr Guenther said the Victorian fixated threat assessment centre was being used to identity community risks and mental health experts were playing a key role in the process.

Mentally ill folk don’t appear in the above list. Perhaps a different focus is required.

“Prevention is far better than cure and we’re committed to stopping people from seeking to engage in terrorist behaviour,” Mr Guenther said.

“In the past year, we’ve seen the establishment of the fixated threat assessment centre, which gives us the opportunity to have police and mental health professionals work together to manage potential threats from fixated persons.”

It’s the church of the immaculate fixation. Odd how all of its members identify as belonging to an entirely different faith. 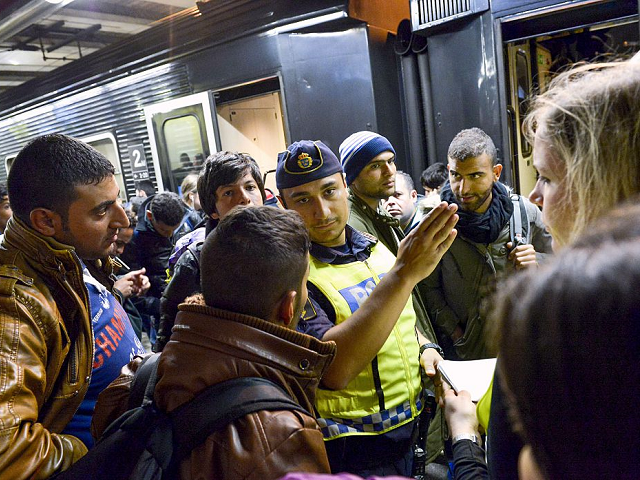 Sweden has the worst border control of any nation in Europe’s free movement zone, according to a leaked report seen by a major national newspaper that was reportedly suppressed to prevent the findings influencing the outcome of this month’s Swedish election.

Border agents in the Nordic nation only receive very basic training, are not told how to spot forged documents, and do not check for returning jihadist fighters, an inspection of the nation’s key entry points made in 2017 found.